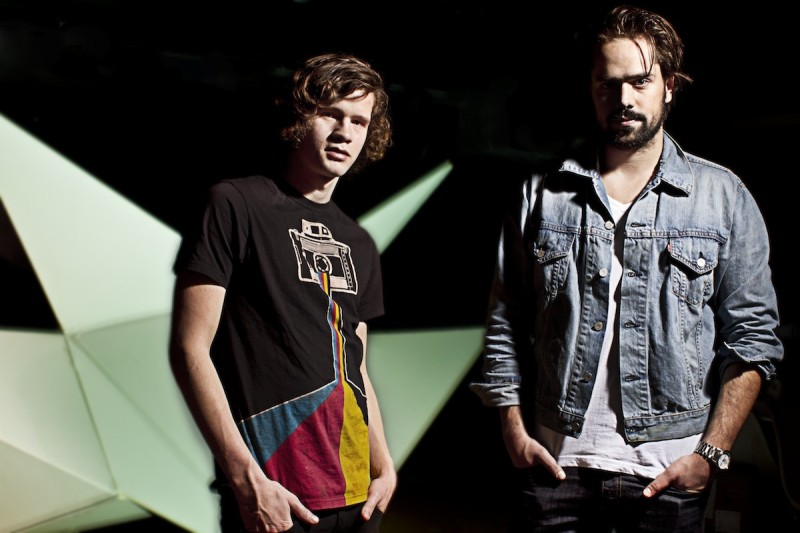 It may be true to say that electronic music has never been bigger than it is today. Massive festivals like EDC, Tomorrowland and Electric Zoo dominate the festival-scape, and even more traditional events like Coachella are scrambling to fit electronic acts at the top of their lineups. Due to the dominance of big-name acts and the sea of people spewing music out onto SoundCloud from their laptops, it can often be hard for smaller EDM, dance or techno groups to make a name for themselves in the industry. However Norway-based duo Lemaitre have done just that and on the eve of their next album drop, Jan. 28 they will bring their funky electronic magic to the stage at Santa Barbara’s SOhO music club.

Lemaitre is made up of high school mates Ketil Jansen and Ulrik Denizou Lund. Both in early 20s the two have been making music together since 2010. Their funkadelic, guitar-and-synth-driven style of electronica brings to mind 2000s techno greats like Daft Punk as well as deep and tropical house acts like Fingers Inc. and Kygo. Honestly, it’s music that makes you feel pretty good about yourself and the several inches of air or sweaty flesh around your head. It also demands that you bob in place from side to side like one of those solar-powered dancing cactuses. Listen to this. It’s impossible not to.

While their incredible musicianship and production talents are both worthy of marvel, one of the most unique aspects of Lemaitre is their ability to deftly navigate the landscape of the music industry in the internet age. The duo release all of their music for free on their SoundCloud, and in doing so completely negate the issue of piracy hurting their ability to make a living. They’ve generated a massive fan base through a very active social media presence, especially on Facebook and Twitter. This has led to their massive success in recent years, most notably in getting signed to Astralwerks Records, home of industry giants Porter Robinson and Deadmau5. Lemaitre first broke into the scene with a set of EPs called the Relativity Series. The second in the series, Relativity 2, topped the electronica charts in both the U.S. and Canada.

Jansen and Lund have recently moved their base of operations to L.A. Their upcoming album, 1749, derives its name from the number of their new house, where they created all of their recent material. And, oh, what new music they’ve created. Just a few days ago, Lemaitre released Nishio 2, a collaboration with Giraffage, as well as Closer and Stepping Stone, two tracks from 1749. Their newer material shows the duo moving away from some of their more funk and nu-disco based influences and closer toward their collaborators and compadres in the electro house scene.

Lemaitre is expected to blow the walls off of SOhO with their decadent and dripping synth melodies, Jan. 28 at 8 p.m. There’s also a pretty good chance they’ll have this really sweet light-up origami thing behind them, so that should be cool to see, too.