The Daily Nexus
On the Menu
Hidden Food Chains in Isla Vista
January 27, 2016 at 5:00 am by Kelli Filbin

Peeling back the curtains at the strike of sunrise, I see the waves shimmer and curl over with a trail of cloudy foam sliding up the sandy shoreline. The sweet sound of crashing waves sends a sea of energy through my veins. I launch out of bed, slip into a string bikini and summer dress and fling open my door to be greeted by a parade of friends clinking glasses of mimosas. It is a new day with the same old shenanigans.

The bubble of UCSB’s wonderfully lit Isla Vista is much more than just a wild college scene. Better yet, Isla Vista is a wonderland full of delicious meals and restaurant chains that have fed students for decades. Here is a glimpse at three of I.V.’s finest eateries that you wouldn’t to expect to be chain restaurants.

Did you know that as of 2015, Blaze Pizza announced its 80th location, all of which operate in 20 states nationwide? Just months ago, they made plans to open up in Toronto, Canada, which would be their first location outside of the United States.

I remember my first time walking past Blaze in I.V. It was my freshman year of college here at UCSB, and as ridiculous as it sounds, my eyes were captured by the glowing bulbs of twinkle lights draped around the front patio. It was as if the neon sign towering above me, spelling “Blaze Pizza” in burning orange, was sizzling my name to hop in for a bite of fast-fire’d pizza. It wasn’t until my junior year of college (when I had the choice between dining out or grocery shopping) where I sunk my teeth into a crispy thin slice smothered in infinite toppings. With only 180 seconds necessary to fast-fire these gems, I saved loads of time without trudging through the cold to the grocery store.

Blaze Pizza has taken on the similar style of Chipotle but with a build-your-own pizza style for only eight bucks. You have the option to simply select a signature pizza or create your own masterpiece with as many toppings as you can imagine. From Italian meats, grilled chicken and bacon bits to spinach, cherry tomatoes, grilled onions and even vegan cheese, Blaze caters to customers that are gluten-free, vegetarian, vegan and people who enjoy sprinkling every topping onto their individual pizzas.

If you have not had the chance to build your own dream pizza, then now is the time to rearrange your schedule, find an opening and visit this eco-friendly, sociable and ultimately satisfying joint located in the heart of I.V. And don’t forget to pair your meal with an ice-cold blood orange lemonade!

Initially, Pizza My Heart grew quickly into a mini-empire around the Bay Area with 23 locations. By 2013, Pizza My Heart finally ventured out of Northern California and landed itself first in Santa Barbara, in the midst of our college beach town, Isla Vista.

Pizza My Heart has the true beach-style vibe, which young college students love. After setting an alarm for the peak of sunrise, managing to wiggle into a skin-tight wetsuit and shredding the waves with the rising sun, I like to think that, “Wow! I could really go for a steaming slice of pepperoni pizza with ribbons of melted cheese paired with a perfectly chilled beer ready to be sipped at noon.” This is the atmosphere PMH provides.

With their garlic, cheese and tomatoes straight from local farms, PMH promises freshness and delivers. Fascinatingly, it is the first pizza place in the nation to swap out their black olives for ones lacking nitrates and nitrites. Lucky for us college students, we are just a few bike lengths away from purely rich pizzerias that we can trust. 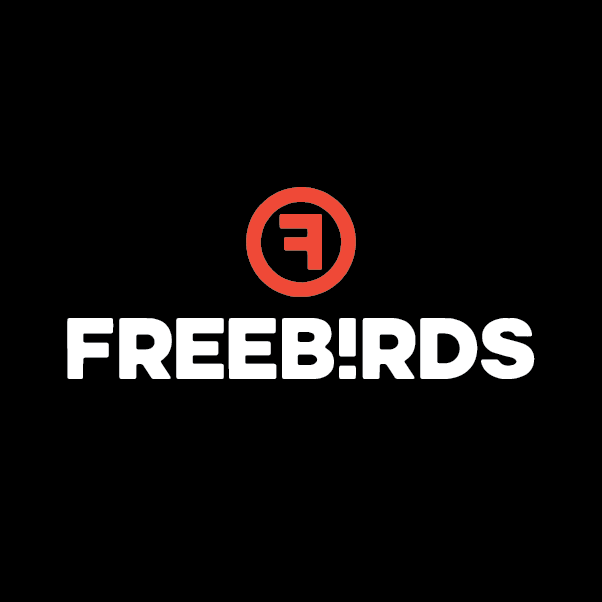 The beloved Freebirds that we college students cherish at any ridiculous time of the day or night is not just catering to us lucky consumers, but also to ninety plus locations across the country. For those who may not be aware, a student, Mark Orfalea, founded Freebirds here at UCSB in 1987. Originally, the restaurant began by delivering fresh roasted chickens to UCSB college students, but eventually, with the unused chicken, the idea of rolling it into a burrito was born. Voilà! Freebirds World Burrito has gained its fame and popularity over the years.

Before I even enrolled in UCSB as a student, I knew of Freebirds and partook in the burrito craze. By the time I was admitted as a student, I was told of the almighty, mountainous mound of nachos. I knew I had to join in on the experience right away when I got to UCSB and see what this feeding frenzy was all about. The layers were endless: crispy, salted chips; melted, bubbly cheese; scoops of Mexican rice; warm beans; spiced chicken, flame-grilled steak and shredded beef; sour cream or fresh guacamole; lettuce, pico de gallo and chopped onions; etc. The list, like I said, feels like a never-ending scroll of paper. This heavenly dish enriches the smell of the restaurant and everyone dives into it with their bare hands, never with silverware.

Overall, the original Freebirds of Isla Vista outshines other burrito joints with its guaranteed richness of flavors and addicting aromas. Come on in and experience UCSB’s classic Freebirds World Burrito! (And watch your head for the vintage motorcycle zooming out of the wall above).

These restaurants are a simple staple in our I.V. culture and it is sometimes hard for us to imagine them outside of our little wonderland. But they do exist and many other people, other than Isla Vistans, are out there enjoying a fast-fire’d blaze pizza or a cheesy slice and brew from PMH or even a mound of steak nachos from Freebirds. However, those other restaurants just don’t seem to hold up in comparison to our local eateries. Something about the sea salt in the air and electric energy of our little wonderland makes the food here taste just a little better.

The Freebirds in IV is the first and original but not affiliated with the chain any longer. Orfalea’s friend and partner bought the chain from him but allowed him to use and keep the original name and place in IV. The menus, taste and quality are all different from each other.