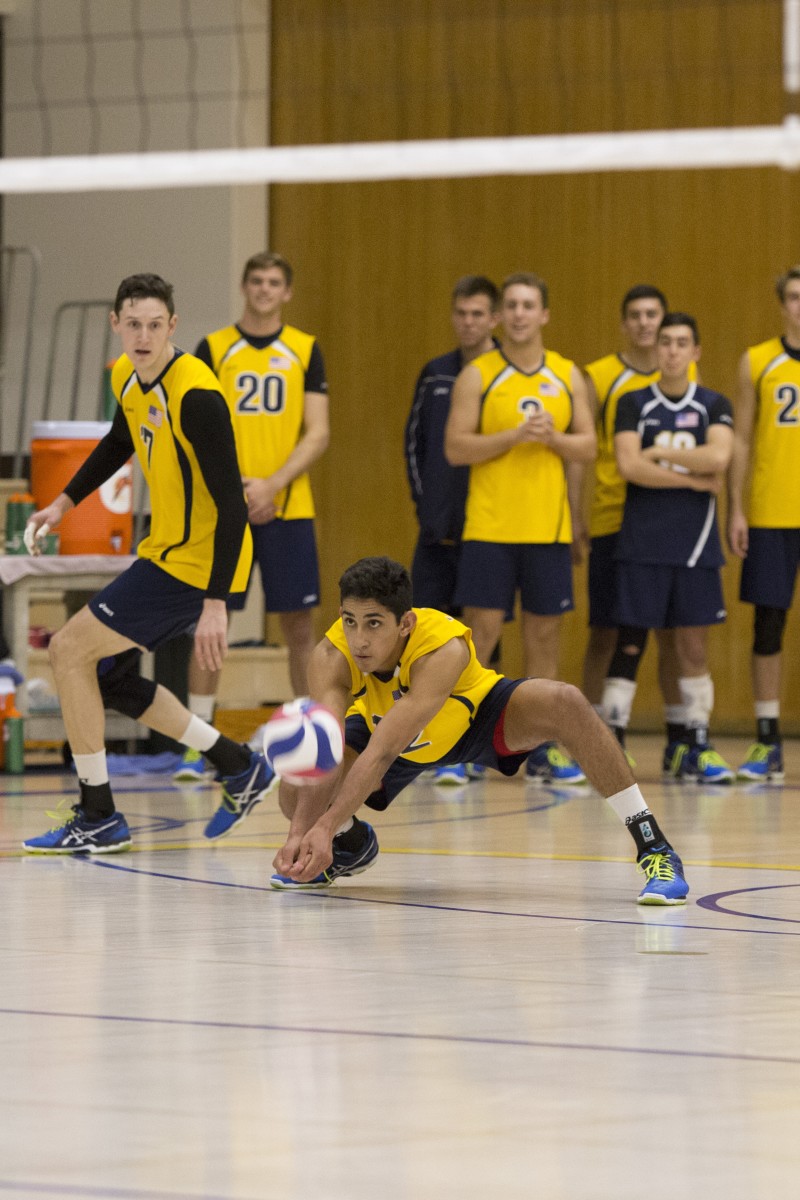 The Gauchos are currently 3-1 in MPSF play, 7-2 overall. USC’s slump extended to six games after losses to UCSB and No. 1 UCLA, making the Trojans 0-6 overall, 0-4 in the MPSF. Cal Baptist dropped its fourth-straight game with losses to the Bruins and Gauchos as well, keeping the Lancers winless in MPSF play at 0-4 and 3-4 overall.

UCSB is now a part of a four-way tie with No. 2 Long Beach State, No. 8 Stanford, No. 11 Pepperdine and No. 12 Cal State Northridge for third-place in the conference standings.

“The most important thing is we got two good road wins,” Head Coach Rick McLaughlin said. “We played well in parts, but we need to improve on our consistency. We did what we had to do to get the wins.”

Against Cal Baptist, McLaughlin’s team struggled to build any major momentum as it dropped the second and fourth sets. Yet, the Gauchos were led by Marsh and redshirt junior Jacob Delson, who each tallied 17 kills, along with redshirt junior libero Parker Boehle, who led the team with 11 digs.

“You’ve got to give [CBU] a lot of credit,” McLaughlin said. “They definitely outplayed us those two games. They were the steadier team, and put a ton of pressure on us with great serving at key times, but our guys played their best in the final game.”

Senior Jonah Seif put in a clutch serving performance in the last set, earning three-straight points for his team to give the Gauchos a comfortable 7-3 lead before eventually securing the victory. Seif has been the most consistent player for UCSB this season, notching match-high 54 assists against USC and Cal Baptist.

Seif’s first big night at USC was paired with Marsh’s best match of the year as Marsh tied his career-high of 19 kills to go along with a .400 hitting percentage.

“Against USC I was hitting pretty well and had a couple good service runs,” Marsh said. “The team as a whole brought a lot of energy, and after the set we dropped we all got more serious.”

The opposite missed all but one game last year due to injury, but has been in peak form for the first four matches of MPSF play. He has averaged 3.81 kills per set since the beginning of conference play and has been reliable when the team needs improvements in its performance. Marsh registered eight kills in the third set alone against USC, helping lead the Gauchos after their loss in the previous set.

“As a team we have to finish what we started,” Marsh said. “We came out strong and then struggled in the set we lost, but it’s great to pick up a couple road wins.”

UCSB has now played against each of the four bottom ranked teams in the MPSF, but will face the tougher part of its schedule in the following week tougher set of matches. Marsh and company will be looking to defend their home court against undefeated no. 12 CSUN Wednesday, Jan. 27. The Gauchos then move onto No. 2 Long Beach State Friday, Jan. 29, who were handed their first loss of the season on Friday by No. 3 BYU.