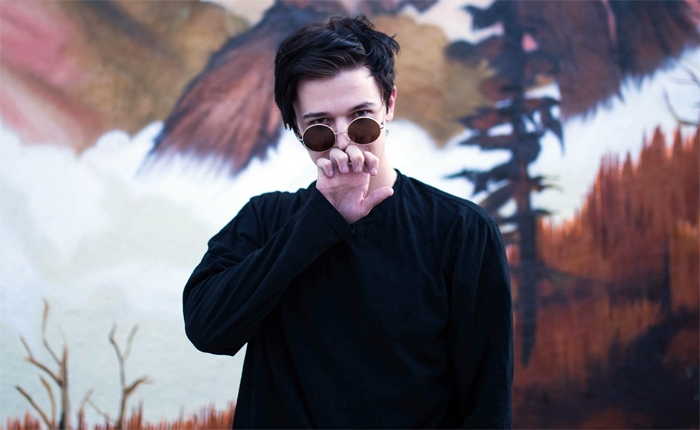 Swarms of drunken Isla Vistans descended upon SOhO Restaurant and Music Club Sunday night to jump up, down and all around to the show SELECT Entertainment and We the Beat lined up. Individuals who normally show up 20 minutes late to their 11 a.m. classes actually arrived to the venue on time in order to support local artists Bucketz and DJ Prodijay. The venue was filling up long before Ghastly was set to go on stage.

After some slight hassle and wait time to get into the venue, most of the crowd went directly to the bar. Bucketz was able to lure thirsty college students away from their tequila shots and over to the stage with some tasty house tunes. The dance floor was “lit af” and he was only half way done with his set. His support wasn’t only from locals either. I managed to talk to some folks from Santa Monica and Oxnard who told me they were glad they showed up in time to see the opener and couldn’t wait to find him on SoundCloud.

DJ Prodijay kept the hype building for Ghastly with his own blend of house. More and more people were entering the event and gravitating directly over to the stage, a tribute to Prodijay’s mixing. The demographics of the crowd made it feel like Isla Vista had literally taken over SOhO and decided to make it into the greatest house party.

Unfortunately, I spent most of Prodijay’s set waiting in the cursed bathroom line, making bathroom-line friends that I’ll probably never see again. By the time I got out and back on the dance floor, Prodijay was wrapping up his set and SOhO was the most packed I’ve ever seen it. When Ghastly finally came on in the late hours of the night, the crowd was well past drunk and very, very hyped for the headliner.

Ghastly’s set had all the components of catering to a crowd that was as energetic as any Sunday night. He dropped some nasty beats and paired them with colorful visuals that combined to turn the house party into an all-out rager. Audience members were getting low and pushing around so much that I had to take a step back and watch from the safety of the sound booth corner. Frat dudes lost their shirts and girls ended up on shoulders for the ‘gram — a true sign of a performance well done.

With the show done, audience members reluctantly left the venue in search of their Ubers and after parties to continue the great experience at SOhO. I managed to snag a spot on a random bus that had no intentions of turning down anytime soon. Seeing local artists build such a great atmosphere for an up-and-coming artist like Ghastly is something I hope to see more of in the future. Kudos to all those that contributed to making that Sunday one for the books, y’all crushed it.