The Daily Nexus
Sports Blogs
MLK Day Prolongs the Legacy of Dr. King and is Central to the Memphis Grizzlies Franchise
January 21, 2016 at 5:05 am by Elliot Thornton

January is a special time of the year for many. Some enjoy its signaling of new beginnings, while others enjoy the chance to leave the past behind them. But there is more than the spirit of rebirth that makes this month memorable. A notable holiday that honors a pioneer of peace as well as his steps towards equality.

The nation paid tribute to civil and social rights activist Dr. Martin Luther King Jr. in the inaugural anniversary of MLK Day. A man of civil integrity, peace and nonviolence, King’s vision has not only carried over to the boundaries of social justice but also to the professional sports stage like the NBA.

A city that first handedly experienced the works of this peace promoter, the Bluff State hosted their 13th annual MLK Day matchup. In a packed FedEx Forum Arena with roughly over 18,000 in attendance, Grizzlies fans paid homage to a figure whose leadership permeated the streets of Tennessee.

In April of 1968, King traveled to Memphis supporting a coalition of African-American workers and their fight for equal working conditions. King was a steady activist for the Memphis Sanitation Strike addressing this poor treatment and racial discrimination clearly to then-city mayor Henry Loeb.

Following his infamous “I’ve Been to the Mountaintop” speech, King checked into the local Lorraine Hotel, now the National Civil Rights Museum. This was where the abolitionist lived his final days as he was assassinated on April 4, 1968. While King’s death marked the end of the 39-year olds civil activism, to this day his presence lives on for the people of Memphis as well as within the Grizzlies organization.

Starting guard Tony Allen acknowledged how Dr. King stood for more than just social equality, but also for athletes like himself to continue their passion of sports. “Martin Luther King paved the way for guys like myself to have the opportunity to be around now, Allen told NBA reporter Mark Jones. “It felt good to be honoring [this man] and playing on this day.”

Grizzly big man Zach Randolph also touched on MLK’s special day stating, “What [King] did for us was to give us freedom, someway or somehow. Racism still exists in this world today, but he was a leader and he showed other African-Americans that they could be anything they wanted to be and they could speak from their heart and live the dream and do the right thing,” Randolph told USA Today. “Nobody can tell you what to do and you believe in yourself.”

What stood as a regulatory match between two NBA teams spoke volumes to the city of Memphis, a region who shared the memories of Dr. King and his civil quest for freedom. His dream and passions still live on through MLK day.

His vision has given basketball an essence of peace, the ability to experience the passions and competitive spirit of a sport with others regardless of their ethnicity or skin tone. Dr. King will continue to hold a thriving legacy through the Grizzlies’ classic MLK Day match, giving others, both athletes and NBA fans, the encouragement to “Dream BIG”. 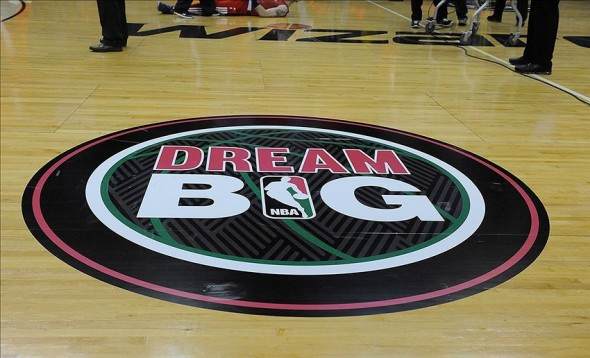