The Office of the A.S. External Vice President of Statewide Affairs is calling upon the student body to submit their definitions of hate speech by Jan. 30 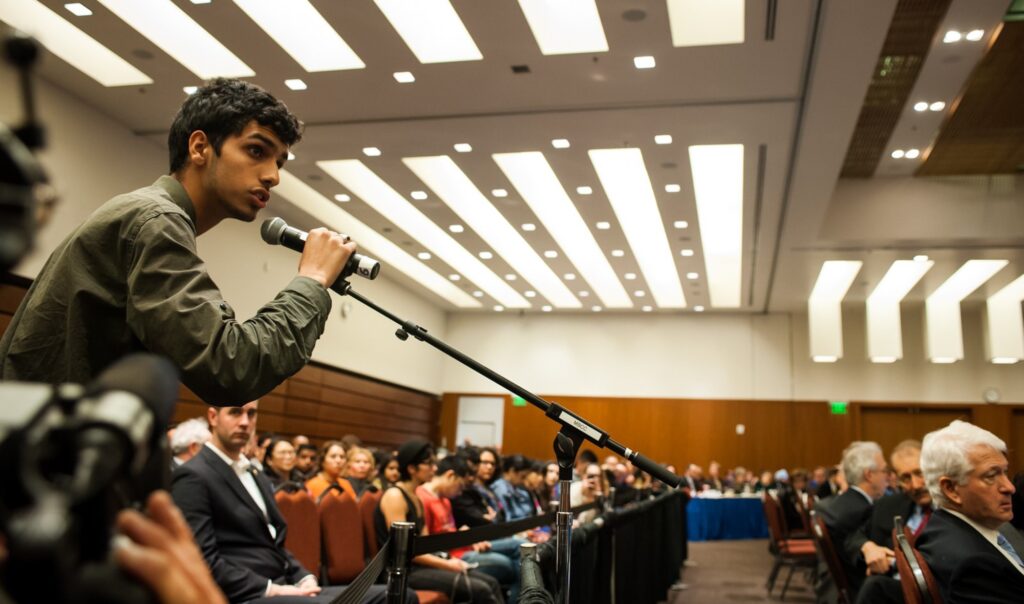 The Office of the A.S. External Vice President of Statewide Affairs (EVPSA) is now asking for feedback from UCSB students on the content of UC Board of Regents’ first “Principles Against Intolerance,” which is currently being developed by a working group within the Board.

The Principles Against Intolerance is a statement first drafted by the working group July 2015 stating what it considers to be “intolerable” acts, including acts of discrimination and racism. The Office of the EVPSA asks students to share what they consider to be hate speech and to share their experiences with acts of hate via welisten@sa.ucsb.edu by Jan. 30. The feedback will then be sent to the Board, who will not see names of students who participate.

Mohsin Mirza, EVPSA and fourth-year black studies and sociology double major, said the Principles Against Intolerance aim to address all types of hate students might face on campus.

“The goal of the statement against intolerance is to better understand the kind of challenges students are facing, not only in regards to anti-Semitism,” Mirza said, “but also in regards to anti-black, homophobia, racism and hate, which is unfortunately much more prevalent than people realize on the UC campuses.”

Mirza said he encourages students to submit feedback in order to “take advantage of that opportunity” to communicate their experiences to the Regents.

“I really want to encourage students who are affected by this issue and who are passionate about it to take the time to fill out their feelings and send it in to the email address provided, because it’s not often that the UC Regents takes this much student input in the crafting of policy,” Mirza said.

According to Aaron Jones, Graduate Student Association president, the Board will use feedback they receive to identify the main issues students face that should be addressed in the Principles Against Intolerance.

“[The Board] will use the information by looking at the issues and challenges to address in the statement,” Jones said. “How to phrase the statement in a way that respects freedom of speech but also acknowledges the problems that people are facing and fully cover the broad scope of the issue.”

Jones said Student Regent Avi Oved and Student Regent Designate Marcela Ramirez drafted a more “holistic” statement against hate speech despite requests from several Board members to tailor the statement to the issue of anti-Semitism.

“It put the current student regent, who is Jewish, in a precarious position, because he essentially informed us that although it is important to him to fight anti-Semitism, he didn’t feel as though it was the only form of intolerance that needed to be identified,” Jones said. “We have to include intolerance against people of color, the LGBT community, women; it needed to be more inclusive.”

Akshaya Natarajan, off-campus senator and second-year Asian American studies and political science double major, said the student regents, Oved and Ramirez, want to improve student representation at the Board through this opportunity to collect feedback.

It’s not often that the UC Regents takes this much student input in the crafting of policy.

“What the student regents this year wanted to do was to really increase the amount of student input on the statement of principles against intolerance,” Natarajan said. “I think it’s very much towards increasing student input and making sure students feel like they have the ability to give input on policy and official UC stances about free speeches.”

Natarajan said she attended an open forum on the Principles at UCLA and witnessed many students with “charged” opinions.

“A lot of it seemed to focus on the issue of divestment and general conversations of anti-Semitism and free speech on campus,” Natarajan said. “I think that’s the larger picture that we should be looking at: Perhaps not so much one conversation that happens, but perhaps the scope of all sorts of controversial discussions that happen on campus.”

According to Jones, some have expressed concerns that the Principles Against Intolerance will infringe upon the First Amendment right to free speech.

“I think that whole particular argument needs to be flushed out more because it’s just a way of pigeonholing the conversation to say, ‘I have the ability to say anything I want to’ and not have to face repercussions when that is legally is not the case,” Jones said.

Jones said the statement would not affect classroom discussions between students and faculty.

“The entity responsible for classroom experience is academic senate, it’s the faculty,” Jones said. “There may be the statement. There may be broader parameters that are put forth as ideals. But in terms of the academic environment, that is the sole responsibility of the faculty.”

Jones said the discussion of hate speech and intolerance will still continue after the statement is complete.

“My hope with the ongoing conversation is that something can be agreed upon now,” Jones said. Maybe it’s not the end-all, be-all, but we can continue working on it. So it’s not something that is static.”

Natarajan said the statement is still very broad and could lead to interpretations that suggest violations of the First Amendment.

“It’s a pretty short statement, it’s not really all inclusive,” Natarajan said. “So it does leave a lot up to interpretation, and as a result of that, there is a lot of perhaps confusion on what these principles could mean.”

A version of this story appeared on page 4 of the Thursday, January 21, 2016 print edition of the Daily Nexus.