The Daily Nexus
Tennis
Women’s Tennis Begins With Test Against Powerful Trojan Squad
January 19, 2016 at 6:19 am by Xavier Cardenas 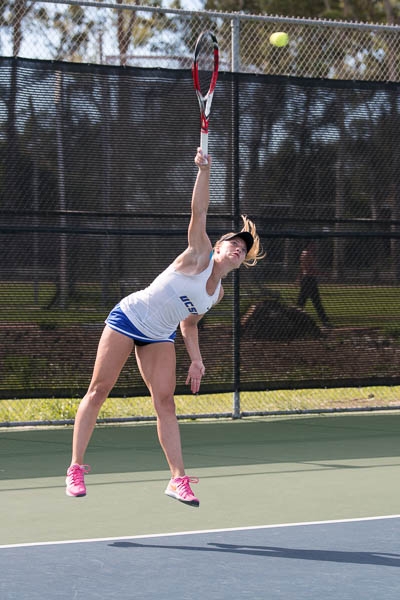 Santa Barbara wrapped up the previous year by making a strong run in the postseason, making it all the way to the Big West Championship match. Unfortunately for the Gauchos, that is where they fell short to Cal State Long Beach 4-1.

The Gauchos are hoping to make a return to similar form in order to repeat and improve from last years successes. Although they lost two seniors, this young team have found a new arsenal at their disposal.

UCSB has two emerging standouts in sophomore Paulina Dubavets and junior Stefani Stojic. The two have really come together as a powerful duo, winning a doubles title at the Jack Kramer Invitational. Their efforts have been reflected in their earning a No. 21 ranking in the doubles category.

USC has a powerhouse of its own in the duo of senior Giuliana Olmos and sophomore Gabby Smith, currently ranked No. 4 in the nation in doubles. The Gauchos will have to start the season strong in order to get past a highly Ranked USC Side.