This weekend, the UCSB men’s volleyball team will be hosting the 51st annual Asics Invitational. Last year, the Gauchos went a perfect 3-0 in the tournament, only dropping a single set in three games played. UCSB is 1-1 overall and could earn some momentum if it can achieve a repeat performance like last season. 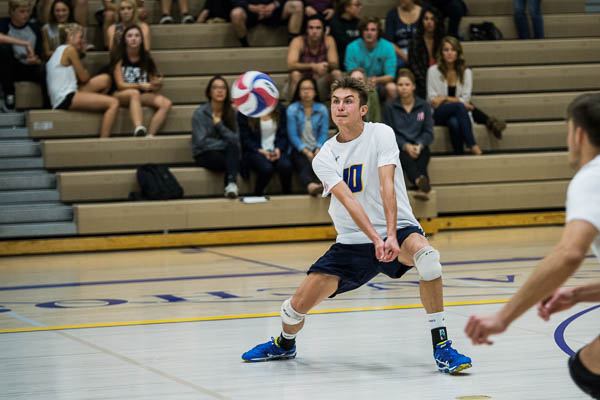 As an addition to the tournament, the host will face off against New Jersey Institute of Technology (NJIT), Sacred Heart, and Quincy, who finished last season two spots below UCSB in the NC Men’s Volleyball poll at number 15. It will be the first time in program history that UCSB faces NJIT and Sacred Heart.

“I think it’s a good chance for our guys to play teams from outside of our league,” Head Coach Rick McLaughlin said. “We never really get a chance to do that because we have such a big league, a top conference in the nation, so it’s always good to play different teams.

The Gauchos are entering the invitational after a road trip to the Midwest in which they played against last season’s title game contenders, Lewis and Loyola (Chicago), continuing their difficult pre-season schedule.

“Loyola and Lewis played in the national championship, and that’s where we want to be,” Head Coach Rick McLaughlin said. “To be able to fly over there and play on their home courts showed us where we need to be to get to that final match.”

In its season opener, UCSB fell to Lewis, last year’s runner-up, 3-1. In its contest the next day, Santa Barbara defeated reigning champions Loyola by the same score.

The players are looking forward to playing against another set of tough teams following their visits to Loyola and Lewis and continue to adjust to life without last year’s senior class, led by Kevin Donohue and Weston Nielsen. The two were first and second, respectively in kills, tallying totals of 331 and 238 apiece.

“We want to win all three games, but the main objective is getting better,” junior outside hitter Jacob Delson said. “The more touches we have on the ball and the more time we spend together as a team, the better we will be for season.”

Delson is returning as one of the leaders for this season’s squad. He totaled the third most kills with 214 last year, the most among returning players. In two matches this year, he is averaging 15.0 kills and 5.5 digs.

Despite losing several key seniors, UCSB will be led by Delson, redshirt junior opposite Matt Marsh, and senior setter Jonah Seif. Marsh, in the first two matches this season, is second on the team with 24 kills. Seif was named to the AVCA All-American Second Team last year, tallying 967 assists, and is off to a similar start this year with 76 in two games.

“Naturally, a lot of guys will see the floor this weekend,” McLaughlin said. “Our program is a constant competitive environment and it could always be a different team out there from one week to the next.”

The Gauchos were ranked no. 9 in last year’s Coaches Poll, and with a lineup that McLaughlin says is “very capable of taking the floor and being successful,” they are confident that they can finish atop the rankings come May.

“Your goal, always, is to be number one,” McLaughlin said. “That’s what the team’s shooting for and I think we’ve got a shot.”

UCSB’s quest for the national crown continues in Rob Gym with a Friday doubleheader on Jan. 8 against Quincy at 10:00 a.m. and NJIT at 7:00 p.m. The Gauchos’ busy week ends with their matchup versus Sacred Heart on Saturday, Jan. 9 at 6:30 p.m.