The Daily Nexus
Opinion
Studying up on Studying Abroad: The Impact of Cultural Differences
January 7, 2016 at 4:00 am by Sabrina Hodjati 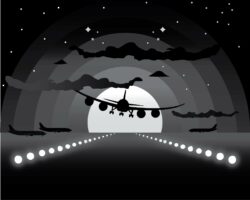 On the car ride home for winter break, my mind was preoccupied with more than wild fantasies about reuniting with my bed and non-microwavable meals. I spent the two hours (plus three hours in L.A. traffic) carefully scripting a way to talk to my parents about studying abroad next year, trying my best to craft my request in a way that wouldn’t condemn the next three weeks into becoming a Persian soap opera. Before going home, I’d relayed my fears about talking to my parents about studying abroad to some of my American friends at school, and was surprised that they couldn’t empathize in the slightest.

Granted, some of these American friends drunk text their parents (and receive drunk texts from their parents in response) on a regular basis, so I was well aware of the cultural differences in relationships with our parents, but I’d never imagined that many American families simply aren’t phased by the prospect of their children flying off to another continent for six months without much supervision. Studying abroad, to their parents, seemed an inevitability, a rite of passage they partook in and now delight in seeing their children experience. Much in the way that my desire to go to the East Coast for college was met with heart-wrenching guilt and confusion, my desire to spend six months of school in another country left my parents wondering why I would want to go even further, because isn’t Santa Barbara far enough?

For the average Persian parent (or any parent not akin to a “typical” American upbringing, I’d imagine), American college culture seems to be just one illogical nightmare after another. Not only do their 17-year-old children want to leave the home at such a tender age, they also want to pursue their educations at places all over the country where they have no family, spending hundreds of thousands of dollars in the process to acquire a degree that may or may not have been just as easily acquired at a school an hour from home.

It often seems that the majority of cultures outside of the U.S. place far more emphasis on the closeness of family and maintenance of family ties than the U.S. seems to condone, perhaps because many immigrants endured distance from their families as a consequence of trying to build a better life (and not as an expensive extracurricular in college). While I’m sure it’s not the case, my family and I often perceive this tendency for children to fly all over the country for their educations, get jobs in states far from their families and fly home only a couple times for the holidays as coldness or apathy.

On the other hand, the amount of emphasis Persians place on proximity to their children is usually perceived as unhealthy, obsessive and coddling by Americans, but is accepted as a demonstration of love and care within the culture. As the daughter of immigrants, it’s been difficult to navigate the in-between and decisively make decisions as an American college student while simultaneously not worrying my parents.

When it came time to talk to my parents about studying abroad, I’d already rehearsed my answers to the anticipated questions. “Yes, I’ve seen the movie ‘Taken.’ No, I don’t think ISIL will go to Scotland. Yes, I know the temperature goes below 60 in the U.K. Sure, Dad, I’ll enter the address and number of the U.S. embassy of every European country in my phone right this second.”

Why would I move myself from the beautiful beaches of Isla Vista to the frigid tundra that is Europe in the winter?

After reassuring my parents for the 15th time that I learned a lot from Liam Neeson’s irresponsible daughter, it came time to really answer why it was that I want to study abroad. Why would I move myself from the beautiful beaches of Isla Vista to the frigid tundra that is Europe in the winter? Why would I risk my GPA falling, falling behind in my major, not acclimating well to a new culture, etc.? What could be accomplished by this catastrophe in the making, my parents asked, that couldn’t be accomplished by just visiting the U.K. for a few weeks in the summer or later in life?

I was taken aback by the legitimacy of their questions, but more surprised by my own inability to answer them with ease. It wasn’t an easy task to explain to two people who escaped the cold winters of Iran to reside by beautiful beaches in L.A. that I want to “experience seasons,” or to explain to my parents who were miserable when forcibly separated from their families that I wanted even more independence than I was already receiving when visiting home once a month

. It didn’t make much sense to them that my thirst for travel, new experiences and perspectives and enriched learning couldn’t be satiated by the college I already attend, since attending college away from home (at age 18) is already so anomalous within the Middle Eastern community. As I sifted through the unsubstantiated flyers of the study abroad office (and resorted to Buzzfeed’s “Top Ten Reasons to Study Abroad” list), I mustered up weak responses to their inquiries and realized that some introspection beforehand would’ve come in handy.

Turns out that a Buzzfeed list with pictures of blonde girls at the Eiffel Tower eating Nutella crepes doesn’t do much to sway Middle Eastern immigrant parents’ concerns regarding security abroad.

While I still haven’t quite figured out a strong way to advocate for this now-seemingly-illogical decision, I have acquired: 1) a newfound appreciation for my parents’s ability to interrogate me, 2) a list of the best restaurants in England, 3) the phone number of the Belgian police and 4) a reason to actually discover why it is I want to study abroad.

While I previously found no need to justify my desire to partake in what is almost universally regarded as an incredible, life-changing experience, the perspectives of two people who regard upheaval and acculturation as burdens rather than expensive extracurriculars turned out to be surprisingly valuable.

Sabrina Hodjati is finding that the journey is more important than the destination, even before the journey extends beyond home.

Hi Sabrina,
I’m truly sorry to hear that you’ve faced such opposition from your family, but I think I may have a resource that could help you.
I blog about study abroad – specifically the career and life benefits. I have created a list of 7 major benefits, with descriptions of each. You can find that list and links to several studies on study abroad benefits at: http://www.thebestplacestostudyabroad.com/rankingsmethodology/sevenbenefitsofstudyabroad/