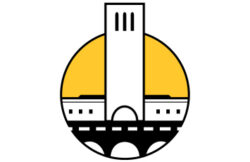 One in 50 children between the ages of five and 11 have a peanut allergy. The CDC reports that peanut allergies have risen by 50 percent between 1997 and 2011, accounting for over three million cases in the United States. Dr. Vincent Tubiolo, an allergist at the Allergy, Asthma and Immunology Care Center of Santa Barbara, points out that early exposure to peanuts can actually prevent peanut allergies from developing.

The rise in peanut allergies has greatly affected the Santa Barbara Unified School District, which has eliminated peanut products from the menu all together since cross-contamination yields enough peanut protein to cause a potentially deadly case of anaphylaxis if not treated immediately with a shot of epinephrine.

What is the key to prevention? According to the UCSF news center, the same memory cells that allow the body to recognize its own material are involved with resolving allergies. A major component of prevention involves convincing the body that the peanut protein is not a foreign threat to its health.

When an allergen is introduced to the body it enters the antigen-presenting cell (APC), which activates Th0 cells. Some of these Th0 cells turn into Th2 cells, which have the capability to stimulate B-cells to produce a large amount of immunoglobulin E (IgE) antibodies.

According to the Penn State Hershey Medical Center, IgE is an antibody that is involved with this system, but it’s a specific class of antibody that usually doesn’t react to the foods we eat. However, it is possible to produce a specialized form of IgE susceptible to food; this is what happens in people with peanut allergies.

These antibodies attach themselves to mast cells. The next time this allergen is introduced, it will come into contact with the antibody-mast cell combination, causing the mast cell to release histamines that lead to symptoms of allergy, like redness, itching, swelling, etc.

These reactions are abnormal, and desensitization therapy is designed to treat these reactions by injecting a ‘vaccine’ of sorts into the patient; the vaccine is based on the allergen that yields the reaction.

When the vaccine-allergen enters the APC, the APC activates T-cells, and produces regulatory T-cells (T-reg cells). These T-reg cells can suppress Th2 cells while simultaneously stimulating the production of Th1 cells. T-reg cells also stimulate B-cells to produce IgG4 antibodies, which prevent allergies by blocking the allergens from making contact with the IgE antibodies on the mast cells. With time, the number of Th2 cells decreases while the number of Th1 cells increases. This causes the allergy to slowly fade away.

This research is all very new; desensitization was not previously accepted as a treatment for food allergies. Tubiolo warns that while desensitization is not a cure for a peanut allergy, consuming small amounts of peanuts (under medical supervision, of course) before the allergy forms is a good preventative method.