The return home proved to be advantageous for the UCSB women’s basketball team as it earned its second win of the season with an 89-41 victory over La Verne on Sunday. The victory ended the Gauchos’ eight-game losing streak while their total of 89 points was the program’s highest amount scored in a single contest in eight years.

In addition to the season-high in points, Santa Barbara’s 57.1 field goal, 43.8 three-point, 83.3 free throw percentages, 49 rebounds, 27 assists and nine blocks were all season-highs as well. 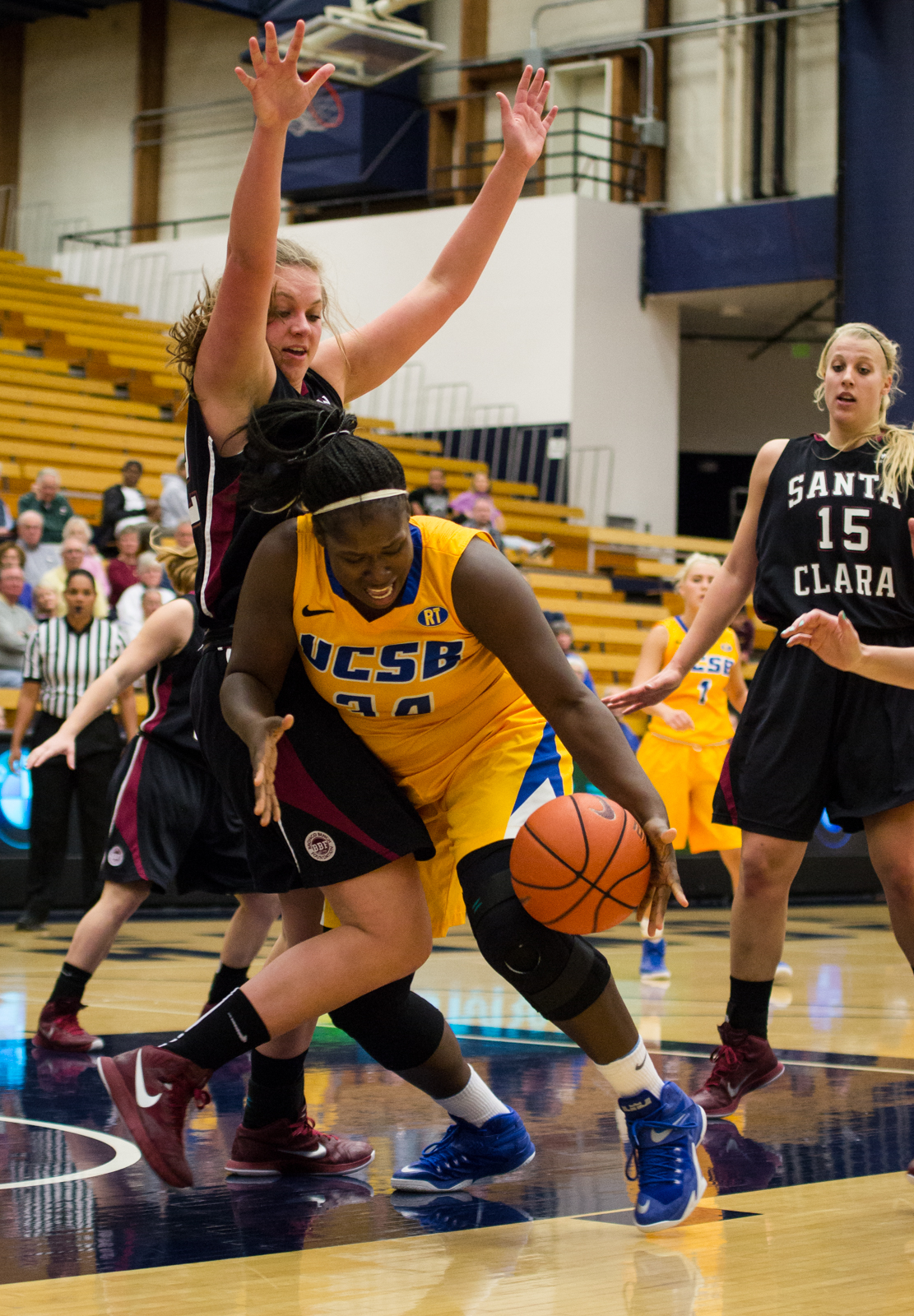 Although winless in road games, UCSB’s second home victory improved its overall record to 2-11. La Verne is now on a three-game losing streak, landing the Leopards with a 2-5 record.

For the first time this season, Santa Barbara outscored its opponent in each quarter of a game. The first quarter of Sunday’s game resulted in UCSB outscoring La Verne 18-8. It was the first start of the season for senior forward Kendra Morrison, who scored UCSB’s first two field goals of the game to ignite its 12-2 run.

The emergence of Miller, sophomore guard Makala Roper and senior guard Jasmine Ware helped UCSB build upon its lead in the second quarter. Miller and Roper provided two three-pointers each with Miller scoring eight and Roper six in the quarter while Ware scored eight points off the bench. Both Miller and Ware registered career-highs in assists as Miller finished with five and Ware had six, respectively.

A make from beyond the arc by junior guard Faye Osburn brought La Verne within 10 points of the Gauchos’ lead of 27-17, causing a UCSB timeout. However, the scoring combination of Miller and Ware helped to extend Santa Barbara’s lead to 43-22 at halftime as the two scored the team’s last 12 points to end the quarter.

Providing balance to the Gauchos’ tremendous offense was their stingy defense which held the Leopards to a 23.7 field goal percentage and 16.7 three-point percentage. UCSB held La Verne to just eight points in the paint. Sophomore forward Taylor Farris played a key role in the Gauchos’ denial of points down low. She tied her career-high of four blocks and recorded a career and game-high of 11 rebounds.

It was a similar tale in the second half as the Gauchos opened the third quarter with a 6-0 run. Despite senior guard Shannon Irwin and junior forward Noelle Cobb scoring 13 points each, La Verne was unable to contain UCSB’s offensive attack. In addition to its control of the paint, Santa Barbara’s second unit was seemingly unstoppable outscoring the Leopards 42-6.

UCSB outscored La Verne 47-19 in the second half. As the fourth quarter ended, the Gauchos’ largest lead of 51 points helped them to cruise to their 89-41 victory.

Sunday’s game was the first of four-straight home games for UCSB. Santa Barbara will host Morehead State next Monday, Dec. 28th at 7:00 p.m. at the Thunderdome.