The best teams are something we never forget. And with the amazing run the Carolina Panthers have been on, winning 18 of their last 19 games including the postseason, we may look back at them one day as one of the greatest teams we’ve ever seen. However, for right now, the list of great teams that have taken the gridiron is pretty good. 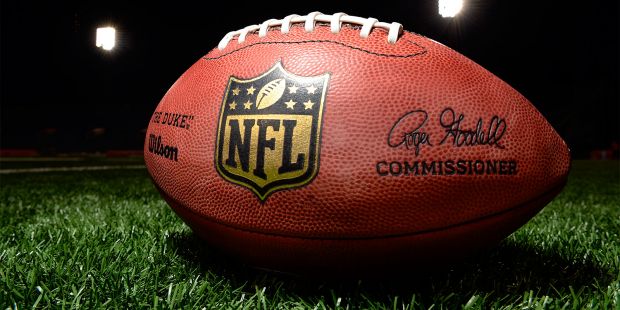 The list kicks off with a team that came out of nowhere. The 99’ Rams were an offensive powerhouse, breaking their team record for points scored at the time. Led by MVP Kurt Warner, the Rams went from 4-12 the previous season to Super Bowl champions the next with the help of their six pro bowlers.

The “greatest show on turf” won 13 games that year by an average of 18 points per game. The 1999 Rams remain one of only four teams in NFL history to score more than 30 points twelve separate times in a single season. Defensively, the Rams recorded seven interceptions returned for touchdowns, third most in NFL history.

Led by Tom Brady, the 04’ Patriots became the eighth team in NFL history to win back-to-back Super Bowls. The team won 14 games for the second consecutive season and they set the NFL record for consecutive regular season victories (18).

The Patriots only had two pro bowlers, a NFL record for least pro bowlers sent by a team that won the Super Bowl. Yet they still managed to dominate their opponents, winning by an average of 11 points per game including the postseason. They won SB XXXIX 24-21 over the Eagles.

John Elway ended his career in style, winning back-to-back Super Bowls, only the sixth quarterback to ever accomplish such a feat at that time. The Broncos were led by MVP running back Terrell Davis who rushed for over 2,000 yards, which made him the fourth player in NFL history to achieve the milestone at that time.

Denver started the season 13-0, the best start since the 1972 Dolphins. Their eventual 14-2 finish is still the best record in franchise history. They beat the Falcons in Super Bowl XXXIII 34-19, becoming the fourth team in NFL history to win back-to-back.

In the team’s twelfth season, the Dallas Cowboys captured their first Super Bowl thanks to Quarterback Roger Staubach. The 71’ Cowboys led the league in points scored with 401 and yards gained with 5,035. Dallas won eleven of its’ fourteen games by an average of 14 points and sent eight players to the Pro Bowl.

Defensive tackle Bob Lilly led the defense and is still considered one of the best D-lineman of all time. His 29-yard sack of Dolphin quarterback Bob Griese (an NFL Record) is one of the most memorable defensive plays in Super Bowl history. They defeated the Dolphins in SB VI 24-3.

The first team on this list to make it without winning the Super Bowl, the 98’ Vikings won 15 games while setting the record for most points scored in a season at that time. Minnesota was led by star rookie wide-receiver Randy Moss who had over 1,300 receiving yards and 17 touchdowns. The Vikings were the third team in NFL history to win 15 games, but were the first team to not win a Super Bowl.

The Vikings loss to the Atlanta Falcons in the NFC championship game, in my opinion, is still the most heartbreaking loss of all time. Up 27-20 with about four minutes left, Kicker Gary Anderson, who had been perfect on field goals all season, shanked a 38 yarder that would’ve put the game away. Instead, the Falcons forced OT and won 30-27.

Back to the winning teams, the 1984 49ers were the first team in NFL history to win 15 games. One of the best quarterbacks ever, Joe Montana, added to his legacy winning his second Super Bowl and becoming the third quarterback ever to win two Super Bowl MVP’s.

The 49ers won their 15 games by an average of 15 points and managed to send 10 players to the Pro Bowl. They were unchallenged in the playoffs, outscoring their two opponents 45-10 and destroyed Dan Marino’s Dolphins 38-14 in Super Bowl XIX.

The best year of the vaunted “Steel Curtain” came in 1975 when the Steelers won back-to-back Super Bowls. Pittsburg posted their best defensive numbers in team history and scored the most points in team history both to that point. They finished the season 12-2 and won by an average of 15 points.

The Patriots blew out their opponents by an average of 19 points per game. They were 18-0 heading into Super Bowl XLII. The underdog Giants pulled off one of the greatest upsets in sports history—thanks to that amazing Tyree catch—and defeated the Patriots 17-14, ending their perfect season.

Known for having one of the best defenses ever, the 85’ Bears went 15-1 posting the second 15 win season in NFL history. The Bears’ defense was ranked first in the league and only allowed 198 total points. They are also known for some off-field antics most notably, “The Super Bowl Shuffle” song which actually made it to No. 41 US Billboard Top 100.

The Bears dominated the postseason, winning their first two playoff games by a combined score of 45-0 and became the first team in NFL history to post back-to-back shutouts in the playoffs. They dismantled the Patriots in Super Bowl XX 46-10, the largest margin of victory in a Super Bowl. They are constantly debated as the best team in NFL history.

The only team in NFL history that has won every game on its schedule and earned a ring. The Dolphins went a perfect 17-0, including their Super Bowl VII win over the Redskins, 14-7. Miami finished first in both total offense and defense that season and sent 10 players to the Pro Bowl.

The Dolphins won their 17 games by an average of 15 points and are still considered one of the most famous teams in NFL history. While people argue that the 85’ Bears are a better team and would beat the 72’ Dolphins, Miami is still the only team to finish with an unblemished record and that alone is worth them taking the No. 1 spot.

Have any ideas for more Top 10’s? Tweet them to us @thenexus_sports!