The Daily Nexus
Music
Cherub Comes to Earl Warren Showgrounds
November 24, 2015 at 8:51 am by Jordan Metz 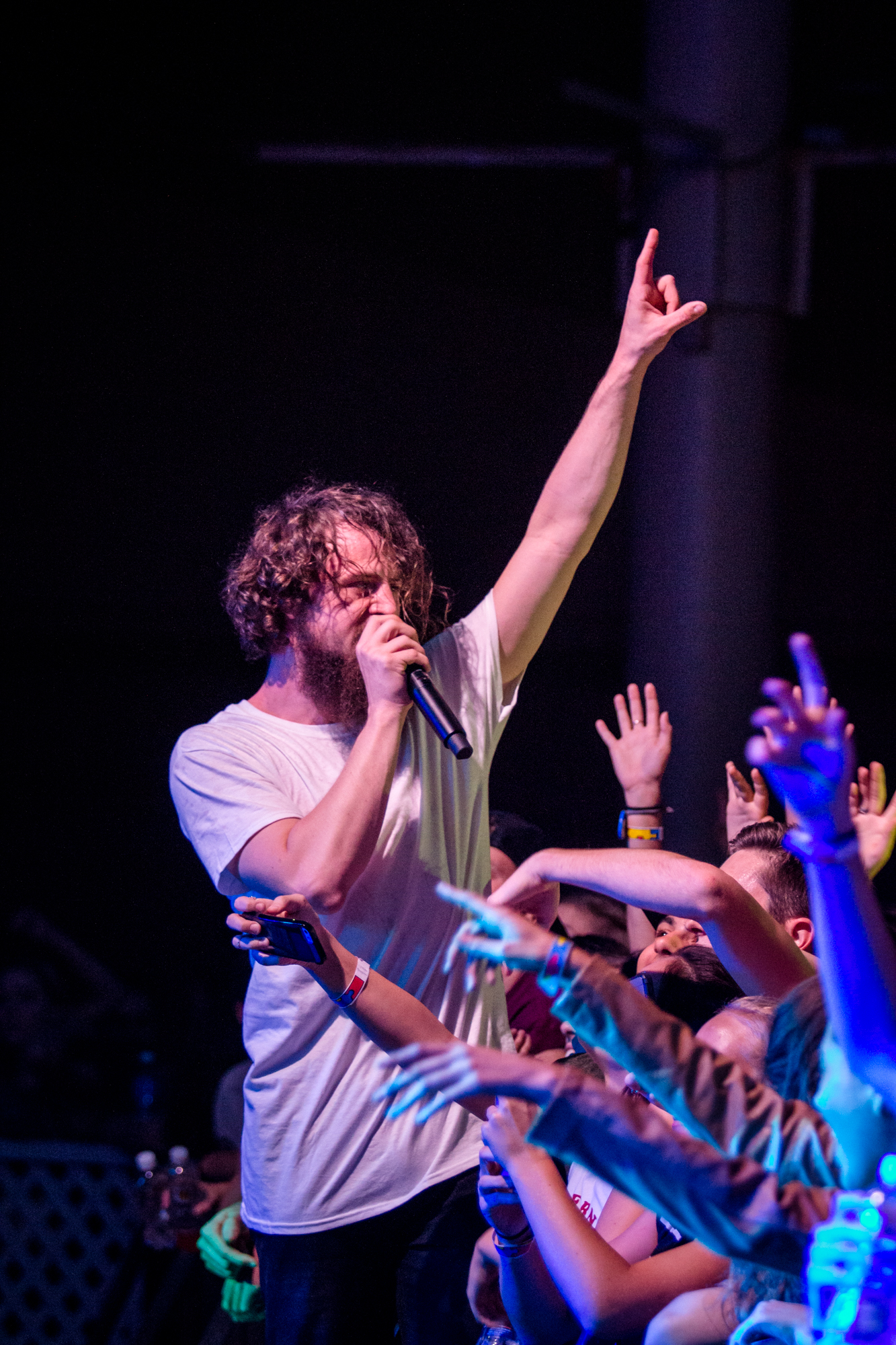 Amidst the smell of marijuana and hipster sweat, the chants for Cherub ensued. The Nashville duo celebrated their first headlining show in Santa Barbara, selling out at Earl Warren Showgrounds on Nov. 20. After opener Hippie Sabotage delivered an epic set list with a rave-worthy light show, fans were well-prepared for Cherub’s eclectic reinterpretation of their live performance.

Jason Huber and Jordan Kelley met in college at Middle Tennessee State University, and started making music together in 2010. Man of the Hour was the starting point of their viral career. The two built a loyal fan base with their festival-ready sound, appearing at Lollapalooza and Bonnaroo. Their synth pop, neo-disco fusion was packed into another full-length album just five months after their debut, titled MoM & DaD. The heavy use of layering of Kelley’s half spoken falsettos created the group’s most effective harmonies yet.

Huber and Kelley scored their “So … You DTF?” tour in the wake of their most successful single to date “Doses and Mimosas.” Hitting 28 states, the duo is joined on stage by their producer Nick Curtis and long-time friend Jordan Bartlett for their biggest tour so far. Revealing an incredible show that was years in the making, fans heard new songs, old favorites and saw Cherub as they’ve never been seen before.

They kicked off the night asking everybody to clap to the beat as they launched into “XOXO.” The bouncing synths combined with Kelley’s charged vocals had the whole venue screaming obscenities. Huber finished the upbeat break-up ballad with an incredible guitar riff as skimpy shirts and plastic Hawaiian leis flew on stage. The group laughed to each other as they eyed the reckless crowd. “This is our first time headlining here,” said Kelley. “So we just want to thank y’all for selling this bitch out.”

They jumped into their most recent album from 2014, Year of the Caprese, with the track “Work the Middle.” Huber’s intricate melodies on the guitar played with the funky notes on the synths, creating an alternative-disco hybrid. The crowd moved in sync with the lyrics as they danced without a care.

The festival-style atmosphere heightened as the fan favorite “Disco Shit” began playing. Girls and guys went up on shoulders, and the largest dance circle the Showgrounds has ever seen ensued. With the mesmerizing electric blue lights, the concert transformed into a full-blown party.

Cherub slowed things down a bit with “Chocolate Strawberries” off of Year of the Caprese. They showed us their underrepresented “romantic” side, singing, “You like fast cars and I like fast broads, yeah.” The comical cocaine and sex references somehow come off soft and sweet layered over throwback 80s beats.

Their sexier side showed during “Freaky Me, Freaky You.” An interesting spin on your average love song, Kelley’s lyrics meander from endearing to comically irreverent and back again. The effects of the often-overlooked talk box take the track to a mystic level.

As the group quickly ran off stage, fans knew the show couldn’t be over yet. Screams of excitement and chants for an encore got Huber and Kelley running in front of the stage. Jason Huber prepared with the other musicians on stage, while Jordan Kelley sincerely connected with the crowd. He slowly made his way around the fenced-off semicircle, stopping for pictures and reaching for hands in the audience. As he approached the middle, the excitement could not be contained any longer. A sudden uproar from the middle caught his attention. “You know, I sweated all the liquor I drank last night so I’d like to drink some more tonight,” Kelley said. “Can I have some?”

They finally gave fans what they had been longing for as they closed the show with “Doses and Mimosas,” Cherub’s most successful single. The track blends everything we love about Cherub: A mingled array of electronic sounds and dance-all-night party mentality. The lyrics are the epitome of everything Cherub stands for: “It’s all overrated except drugs and alcohol.” Feeling uplifted and invincible, fans funneled out with a newfound appreciation for the talent behind the saucy duo that comprises Cherub.