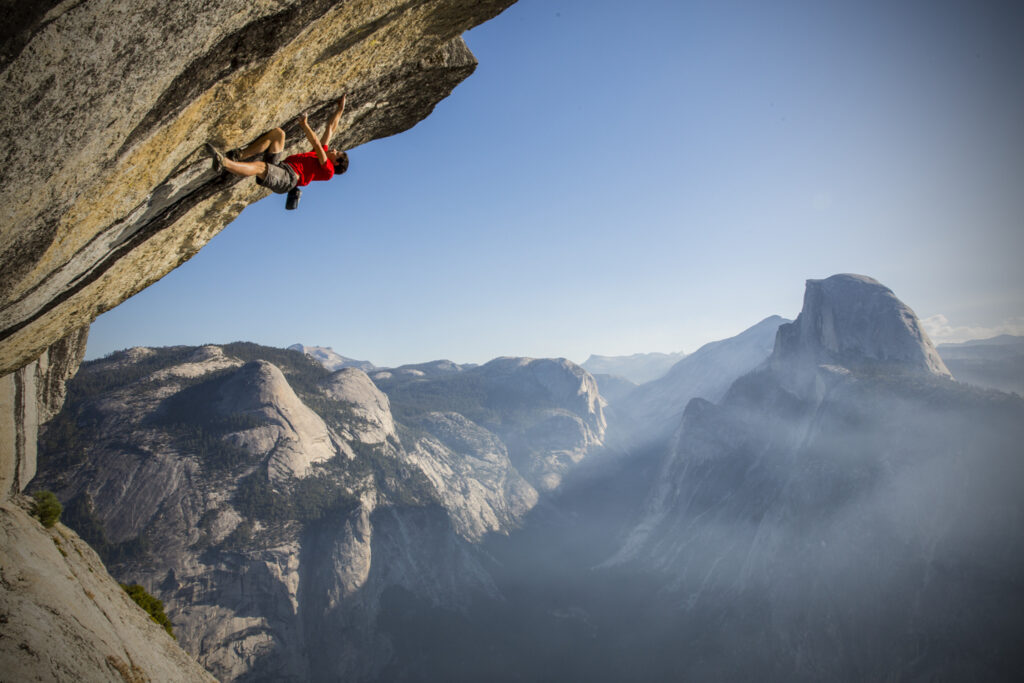 Honnold is best known for free solo climbing, often along flat walls, alone and without safety ropes. The majority of the audience consisted of current or former rock climbers.

Honnold said he was not born with the ability to climb, but succeeded by being committed to the sport.

“I was in no means elite, I just went to the gym five days a week,” Honnold said. “I would climb, I was always engrossed in climbing media.”

Honnold said his dad encouraged him to pursue mountaineering, but his mother did not understand the sport for many years.

“My mom didn’t know much about it until I was an adult and in magazines,” Honnold said. “At that point, she said ‘well it looks like you have a pretty good handle on it.’”

Honnold said he will not go through with a climb if he is not totally comfortable.

“If I’m there and I feel fear thinking about the route … I go back and practice more. When I go up, I’m not scared … I go up because I’m 100 percent confident.”

Honnold said he likes that climbers have to physically prove their abilities.

“The climbing community is all about taking people at their word until they’re proven a liar,” Honnold said. “That’s one of the best things about the community.”

Honnold said he donates a third of his income to environmental nonprofits.

“Since I live in my van, my overhead is really low,” Honnold said.

“He’s so down to earth and humble about it, and he’s so confident going into all of his climbs knowing he can complete them, which is pretty impressive,” Nash said.

Former amateur rock climber and lecture attendee David Hodgdon said he went to the lecture to remember the time he spent climbing.

“We’ve had experience in Nepal, we’ve done it near Mount Everest … I never dreamed I’d be that close to Everest, so that was the highlight of my life,” Hodgdon said. “Tonight, [I hope to have] some nice recollections from 45 years ago.”

“Really, it was just a matter of vicariously enjoying rock climbing through David’s interest,” Hodgdon said. “And I’m the one that interrupted his rock climbing because when we got married, priorities changed and we bought a house, and then he started climbing ladders to paint our rooms.”