Unfortunately, not every second chance story is a happy one. This could be said about Dallas Cowboys Defensive End Greg Hardy. The man who is constantly in the headlines for the wrong reason every week and who seems unapologetic for the crime he was once convicted of.

We are heading into week 11 of the NFL, yet Greg Hardy seems to be all anyone could talk about. None of the talk is about his on-field performance, it’s the exact opposite of that. All talk has to do with his off-field behavior or lack thereof.

Greg Hardy was found guilty on July 16th 2014 of assaulting his then girlfriend violently. He appealed decision this which led to him being placed on the commissioners exempt list – meaning he is still paid but not allowed to participate in any games. He won his appeal in February after his ex-girlfriend dropped the case. He was signed by Dallas in March. Hardy was originally suspended for 10 games by NFL but the appeal got it down to four games.

The problem with Greg Hardy is he does not know how to stay quiet. Instead of appearing apologetic and sincere for the actions he was accused (and at one point found guilty of) he instead appears dismissive.

In his week 5 comeback Greg Hardy focused more on Tom Brady’s wife than being happy to get a second opportunity to play in the NFL. The next week he gets in an altercation with his special teams coordinator in which he violently hit the clipboard out of his hand and yelled like a madman. And last week, deadspin.com leaked the photos of Hardy’s ex-girlfriends hit marks that she says came from Hardy.

And what was Greg Hardy’s response to this? He changed his twitter bio to say “innocent until proven guilty.” I guess he must have forgotten that he has been found guilty once before. Not to mention the fact that many reported that Hardy actually paid off his’ ex in order to not testify against him anymore.

All Hardy had to do was come in after week four, apologize and just let his play do the talking. Instead he can’t keep himself out of the headlines and the Cowboys are seemingly okay with all of this. Jerry Jones has constantly praised him as a leader yet the Cowboys defense ranked 12th in yards allowed before his return and they now rank 15th. So I’m not really sure where the leadership is?

Hardy himself has actually played decent recording four sacks in five games and even recording an interception—a rarity for any defensive lineman. But the Cowboys have lost the last five games with the defense being a big part in some of those losses so again where is that leadership Jerry is talking about? 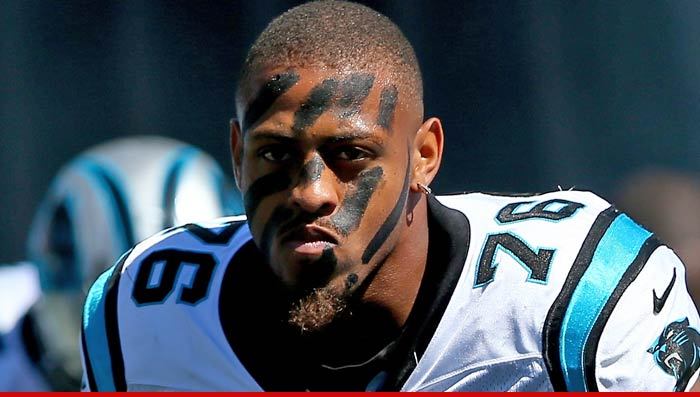 Last I checked leaders help their teams play yet in Hardy’s case all he’s done is been on a defense that actually got worse with him. This is not all his fault but again leaders don’t let their teams fail and they most certainly do not inflect any bad publicity on the team—something that Hardy has done every single week.

And the Cowboys are not innocent in this either, they have done nothing to stop him. Dez Bryant, Head Coach Jason Garrett and the aforementioned Owner Jerry Jones have done nothing but praise him. But again I ask what is there to praise? The Cowboys are 25th (out of 30) in the league in sacks with 14 meaning Greg Hardy hasn’t really helped that much.

However, I did understand why Dallas signed such a headache in the first place. He is (or maybe was) a pretty good player. In 2013, he was third in the league in sacks with 15. The year before he was a top ten pass rusher with 11. I don’t blame the Cowboys for taking a chance but I am blaming them for condoning his completely unacceptable behavior. His comments alone on Tom Brady’s wife were disgusting enough to warrant them to tell him to relax.

As Katie Nolan of Fox Sports one said “All he had to was pretend to respect women for 12 minutes and he couldn’t even do that. And what’s worse: No one stopped him”

And no one is stopping him to this moment. I am done with Greg Hardy, I don’t care for him and quite frankly I want him gone. I love second chance stories, I love hearing people who have come to learn from their mistakes; Hardy is the exact opposite of all that.

I hate that I can’t watch ESPN and NFL network without constantly hearing the next idiotic thing this guy said. Instead of focusing on the playoff picture I have to hear about another teammate protecting him. In my mind I can’t fathom how a guy like Ray Rice who has shown an incredible amount of remorse hasn’t even gotten a tryout yet Hardy is still in the league.

The time has come for the Cowboys to let him go. He is a way bigger distraction than his talent at this point and at 2-7 their season appears to be over anyway. He just isn’t the guy I would ever want on my favorite team. To sum it all up Katie Nolan called Greg Hardy a “garbage human.” I cannot go that far yet, howver, every single week I seem to be getting closer and closer to it.