The Daily Nexus
News
Local Residents and Students Meet To Discuss a Parking Permit Program in I.V.
November 16, 2015 at 11:03 pm by Peeka Zimmerman 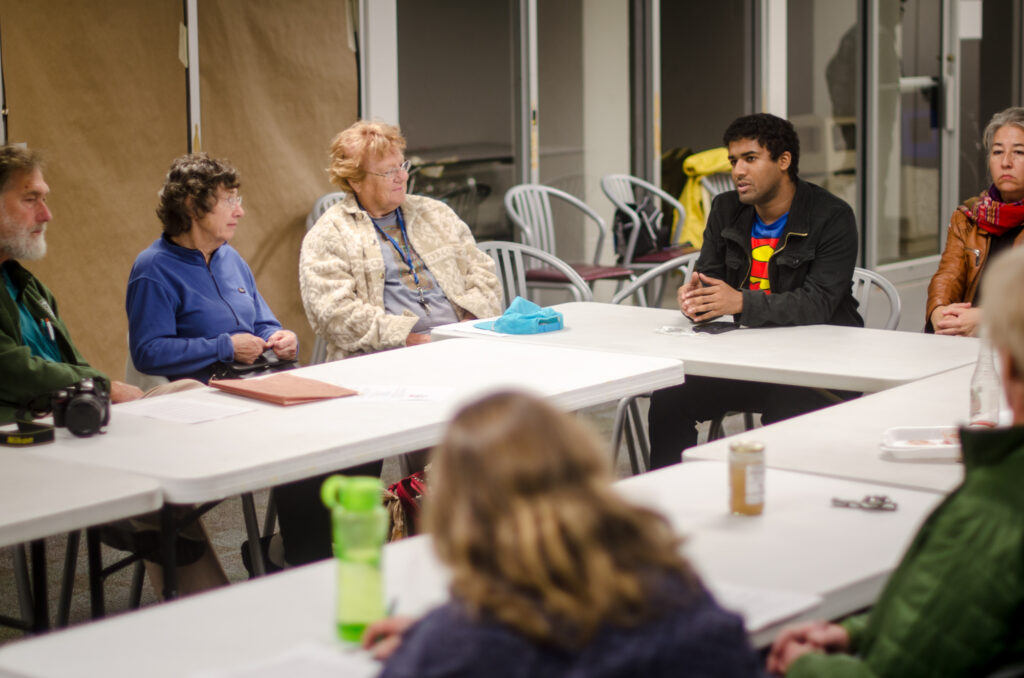 Long-term residents Maia, Jay Freeman and Bob Sumner hosted a meeting to discuss the possibility of a future parking permit program in Isla Vista at the I.V. Clinic Sunday evening.

Attendees discussed the parking permit program, funded by the county or potential Community Services District, and voiced concerns and requests regarding its implementation. A record of the discussion was kept to one day present overall findings to various governing bodies. Upcoming meetings will discuss the permit exclusivity for I.V. residents, showing proof of residency for permits and UCSB’s responsibility in addressing the issue. The next parking permit meeting will be held on Sunday, Nov. 22 at 4 p.m. in the I.V. Clinic Building.

I.V. resident Bruce Murdock said he estimates around 30 to 40 percent of people who park in Isla Vista are students and faculty using the town as alternative campus parking.

“The number of people that go to UCSB, both faculty and students, don’t want to pay the fees to park on campus so they come and park in Isla Vista,” Murdock said. “They are people that are from the outside and parked there so they can go to the campus.”

I have freedom, I have freedom to have a car. How can the University tell me that … I can’t have a car because I am a freshman?
– I.V. resident Bruce Murdock

I.V. resident Peter Neushul said the amount of parking in I.V. does not coincide with its resident population.

“The new towers and new villages going up are going to have staff and those staff are going to want to park for free in our town,” Neushul said. “So it has to be looked upon as it is something that is just going to get worse and something that now encircles the entire Isla Vista.”

“If we could make it so that the landlords that are providing parking weren’t charging extra for parking … that would lessen some of the load on the on-street parking,” Freeman said.

Murdock said landlords cannot alleviate the issue by lowering fees because there are not enough parking spaces on the properties.

“If you’ve got an apartment that has 30 students and you have 10 parking places you can pass all the laws you want and write all the reports you want, you’ve still only got 10 parking spaces,” Murdock said. 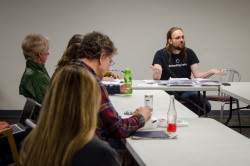 Murdock also said many I.V. residents who have access to parking garages fail to use them.

“Its purpose is to park a car, now how many of the garages that are affiliated with apartments and or houses do they park cars in? Not many,” Murdock said.

Freeman said future permit plans should reference previous I.V. parking regulation attempts, such as the Isla Vista Master Plan parking management program of 2004 which was denied by the Coastal Commission.

“Coastal Commission’s main priority is to protect access of the public to the coast … that access points can be parked in at reasonable fees so that the beaches of California remain accessible to everybody,” Freeman said. “They end up in a strange position when communities like us come to them with parking programs.”

“If the University provided that as a really strong statement in their introductory material to send to their parents, then the parents would have a strong influence on their children, saying ‘well the University really doesn’t want you to have a car there,’” Freeman said.

Murdock said freshman students have a “right” to car ownership.

Freeman said UCSB will not voluntarily alleviate the I.V. parking problem without incentive.

“We need to be thinking about how to exert leverage outside the University in order to get them to do things we might want them to do,” Freeman said.

Hammond said a mobile home site for students living in trailers could be an alternative parking solution.

“A better solution might be to try and build some sort of trailer park somewhere for people who live in trailers or in their cars to park safely,” Hammond said.

Freeman said instead of I.V. parking officers determining whether cars are parked for more than 72 hours by chalking tires, officers could implement a pay-by-plate program.

“You have an SUV drive through I.V. and as it drives through I.V., it is scanning all the license plates that are along the side of the road and determining what cars are in what positions,” Freeman said. “And then if you want to buy a permit you don’t have to decide on a parking spot, you aren’t tied to a spot, you can just pay by tying your license plate into either a kiosk or a website or over the phone. That means that we can have visitor parking to be essentially any spot we want in I.V.”

Your article causes a lot of confusion because of incorrect grammar, please proofread in the future.