The Daily Nexus
Science & Tech
UC Aims for Carbon Neutrality by 2025
November 12, 2015 at 6:09 am by Priyanka Shindgikar and Mackenzie Gorman 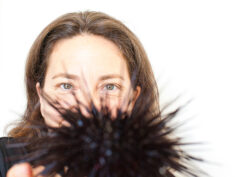 University of California president Janet Napolitano announced the goal of carbon neutrality at all nine universities by 2025. The Carbon Neutrality Initiative aims to reduce the amount of greenhouse gas emitted from buildings and enhance energy efficiency. If this goal is reached, the UC system will be the first university system in the world to completely eliminate its carbon footprint.

As a part of this effort, the UC system has created a program that has chosen a Faculty Climate Action Champion from each university who will help reach the carbon neutrality goal through engaged research and education. Marine biology professor and researcher Gretchen Hofmann was chosen as UCSB faculty member.

The group of UC Climate Change Champion consists of professionals from various fields including engineering, biology, physics and atmospheric science. The intent is for each champion to work with students on projects that will emphasize community engagement and awareness. Each faculty member was chosen because they exhibited exceptional teaching, research and public service within the areas of climate change solutions, action and broad engagement. This recognition also comes with a $25,000 award for a project during the school year. These projects are meant to engage students’ interest in climate-action education, as well as to inspire other faculty to help the nine University of California campuses achieve carbon neutrality by 2025.

While working toward the same goal, each champion has his or her own unique approach to creating a solution for climate change. For example, some focus on scientific research, some on communication about the issues and others on cultural change. Wilson plans to engage undergraduate students and create a team of outreach specialists on climate change issues that are important to the California coast, as well as reach out to other non-scientific audiences. Wilson noticed that her undergraduate students were expressing increased interest in how human impact on the environment is altering the planet, and the effect that will have on their futures.

UCSB has already jumpstarted its road to zero carbon footprint. Last year, UCSB ranked the No. 1 greenest public school and third overall in Princeton Review’s Top 50 Green Schools. The criteria was based on sustainability practices, commitment to environmental and sustainability education and the healthy lifestyles of university students. UCSB has been a leader in energy-efficient practices and has initiated many successful projects such as Green Initiative Fund, Renewable Initiative Fund Water Action Plan, using LED retrofits around campus, California Higher Education Suitability Conference (CHESC) and recycled water usage.

One major effort lead by UC Carbon Neutrality Group took place between February 16 and March 8 was “Gauchos Do It In the Dark,” which resulted in placing UCSB ahead of the other universities in the UC system. This was a competition between eight UCSB residence halls geared toward cutting electricity usage. The result was an eight percent reduction in electricity usage.

In September 2014, $2.6 million from student fees were used for a 425-kilowatt photovoltaic project, enough to provide energy for the entire Student Resources Building (SRB). The solar panels installed on the Lot 22 parking structure mark a huge stride in UCSB’s renewable energy initiative.

Despite these achievements, participants from all UCs are concerned about how they will find an alternative to natural gas, as it is one of the most difficult to substitute for and makes up for the bulk of the carbon footprint in the UC system. Biomethane seems like a promising alternative with its cost-effectiveness and availability.

The involvement of students will hopefully set the stage for future work, progress and advocacy of climate change. Students and faculty working together toward carbon neutrality will be an important factor in helping the UCs go forward.

A version of this story appeared on p. 18 of the Thursday, Nov. 12 print edition of the Daily Nexus.