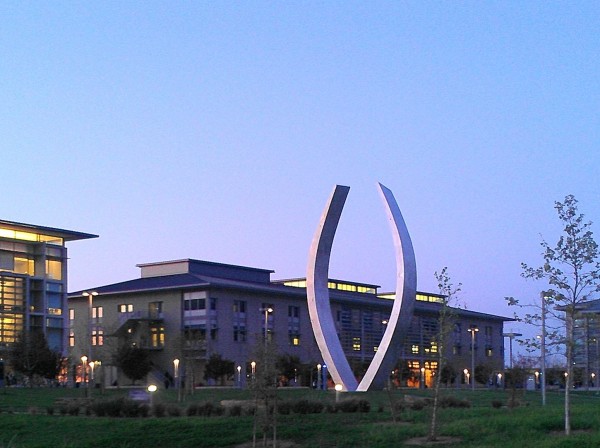 UC Merced held a press conference Wednesday to address the stabbing of four campus members by a UC Merced student, who was later shot and killed as he tried to flee the scene.

The four victims, two students, one staff member and one campus employee, were immediately taken to the hospital and are being treated for non-life threatening injuries. According to law enforcement, the assailant, identified as male, tried to flee the scene and attempted to stab others with an eight-to-ten-inch long hunting knife on his way, but was shot and killed by UC police department officers. The crime occurred this morning at the beginning of 8 a.m. classes in a second-floor classroom and continued to a front office building.

According to Merced County Sherriff Vern Warnke, law enforcement is not prepared to release a description of the suspect until they have contacted his family, but more information will be released as the investigation continues.

“We have identified [him], however, we are not releasing that because we have not been able to contact [his next of kin].”

Chancellor of UC Merced Dorothy Leland said she is grateful the victims are not facing life-threatening injuries and the situation is under control.

“I am thankful that the incident was quickly brought under control by the campus police [and that] injuries to the victims have not been life threatening,” Leland said. “The stabbing victims are receiving prompt medical treatment … students in the class have been undergoing comprehensive interviews about the incident.”

According to Leland, the administration and police department do not yet have conclusive details about the incident. Leland said the incident was “shocking and troubling” for the campus.

“This is not a press conference any chancellor wants to make,” Leland said. “Events like this happen elsewhere, but not at UC Merced, which may be still small in student body but large in its sense of community. Yet, it has happened.”

Leland said her concern went out to the victims and the witnesses of the crime, and said there will be counseling available to those who seek it.

“Our first concern is for [the victims‘] full recovery,” Leland said.” I am equally concerned for the many witnesses and other members of the campus community who are deeply traumatized by this event and are receiving counseling. We will continue to be offering counseling services in the days and weeks ahead.”

Leland also said she was proud in learning that UC Merced students administered first aid to the victims.

“Today is a sad and tragic day in UC Merced’s short history,” Vasquez said. “Our thoughts and prayers go out to the victims and their families. We are fortunate that it was not worse.”

Vasquez said police officers acted with “quick and heroic actions” and said he wants students to once again feel safe on campus.

“We would like to thank everyone for their assistance and would like to reassure our students that this threat has been neutralized,” Vasquez said.

“I have been thinking about the students at UC Merced and my colleagues and friends who work there,” Fleming said in an email. “Because we’ve been through a tragedy ourselves, I know all too well what people are going through there as they work to support the students and the campus community.”

Fleming expressed her thanks for UC Merced’s support during the events of May 23, and wants to extend the same support to them through C.A.P.S. and other counseling resources.

“UC Santa Barbara immediately felt the care and support of our sister campuses during our own crisis, and we are actively trying to return that favor by sending some of our own C.A.P.S. psychologists up to UC Merced to assist through mutual aid,” Fleming said. “UCSB C.A.P.S. is also helping to provide UC Merced with some of the materials we used that can be adapted for their use as they help students cope with the trauma.”

Chancellor Leland said that she is thankful for the support offered by other UC campuses.

“I am very grateful for the cooperation throughout the University of California. We’ve had other people come to offer support to our campus,” Leland said.

Leland said she is sad to see continued violence on college campuses, but assured parents of UC Merced students that there is no longer a threat and their children are not in danger.

“It’s tragic and concerning that we do seem to have a culture of violence in the United States,” Leland said. “This was a tragic event. But this person who caused this event will no longer be able to cause an event like this in the future. Their children are safe.”

UC Merced will hold a candlelight vigil tonight at 8 p.m. at Yosemite Lake to honor the victims and witnesses. The UC Merced campus will remain on lockdown through tomorrow as the investigation continues, and the university will host another press conference tomorrow with further updates in the investigation.