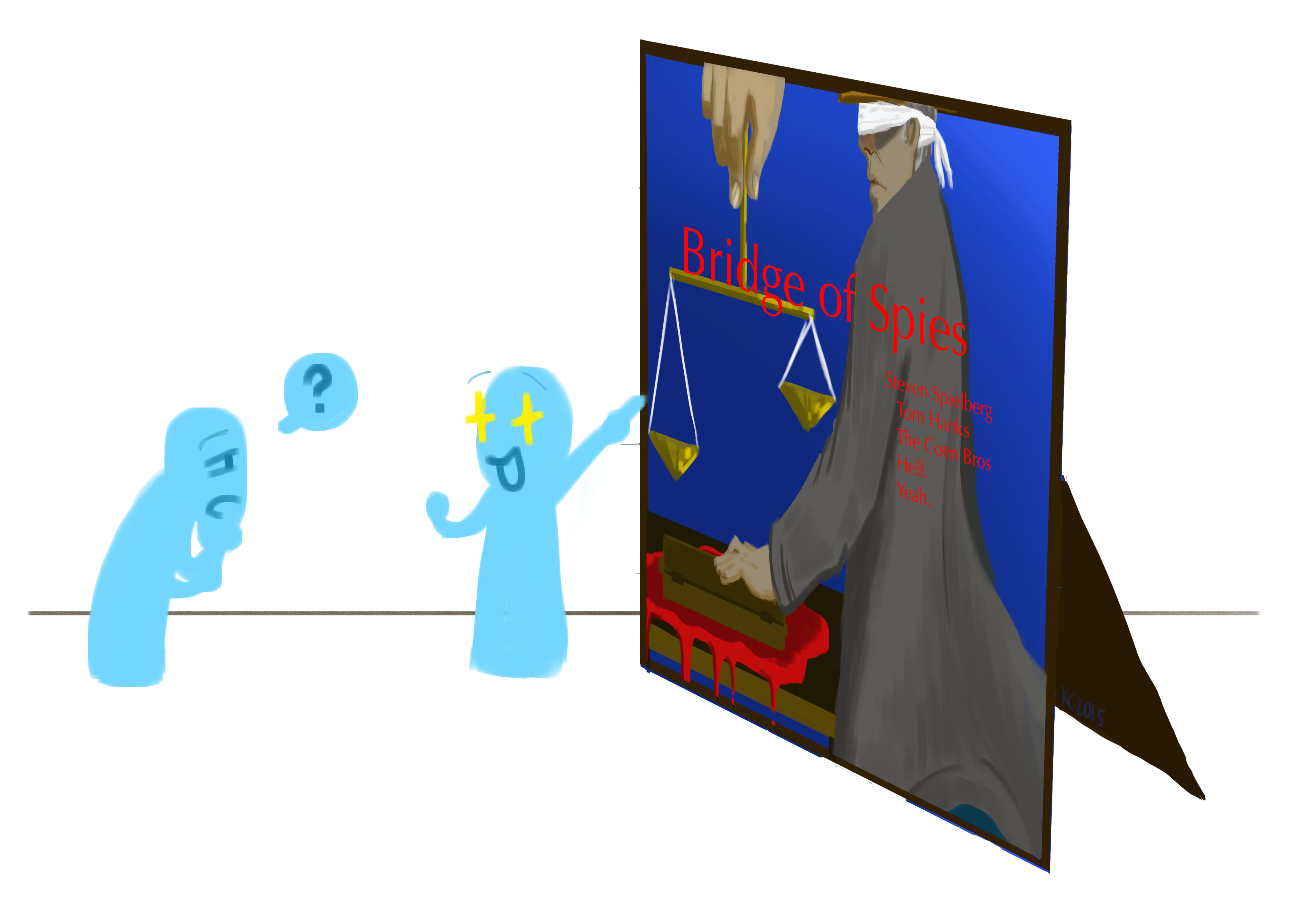 While some spent their Friday nights getting drunk, partying it up or maybe even tickling their nostalgia with “Goosebumps,” I saw “Bridge of Spies.” Because how else will I further cement my reputation as a bona-fide film snob?

That is of course a playful sentiment; “Bridge of Spies” isn’t some pretentious art film or the like. When I found out that it was directed by Steven Spielberg (you better know who he is) and written by the Coen brothers (my favorite filmmakers, hands down), I nearly fainted with movie-buff glee. The idea of all this filmmaking talent coming together, coupled with the fact that Tom Hanks would be in the lead role, made seeing this film a priority that would (hopefully) justify taking time away from writing my five-page Comm 1 paper.

The first thing that stood out in my mind was Tom Hanks in his role as Atticus Finch. Yes, yes, I know in reality he’s portraying real-life insurance lawyer James Donovan, but from how this character acts and speaks (apart from when he calls a CIA agent something that could also be shortened into three letters), one would think Gregory Peck had risen from the dead. Is Hanks destined for another Oscar, as some claim? Well … maybe. His performance didn’t rock my world, but it did poke it a few times.

Hanks shares the screen mostly with Shakespearean and Tony-winning actor Mark Rylance, portraying Rudolf Abel. A Russian spy caught by the FBI, he surprisingly provides most of the film’s humor in the form of deadpan questions and observations. The rest of the cast is devoid of big names (Alan Alda and Jesse Plemons are in only minor parts), but everyone plays their respective characters with conviction. It is both amusing to see Donovan’s son planning on what to do in the event of a nuclear strike and heart-wrenching to witness a woman cry helplessly as her friend is beaten by East German police.

I think its worthwhile mentioning that even though this film was penned by the Coens (as well as Matt Charman, a relative newcomer to screenwriting) it doesn’t feel Coen-y. Steven Spielberg hasn’t brought us a quirky dark comedy, but a serious thriller that captures the Cold War tensions reflected in the more common people. Americans are all quick to hang a communist and the East Germans are desperate to cross the Berlin Wall, both during and after its construction. Despite the bleak setting, there’s still occasional sly humor to be found that may take an eagle eye (so to speak) to appreciate some of it.

But this is a Spielberg film and with that comes some sentimentality that may feel like it’s hitting you over the head. The master director brings up adages like being able to take a hit and keep on coming, as well as having the courage of taking a task nobody else will. That first theme is weaved into the story somewhat, but it still comes across as forced when a character tells an entire story to reveal that theme to us. The latter one at least boasts a degree of subtlety, but you won’t be able to escape the feeling that this has all been told to you over a dozen times by now in other movies.

But now we come to the universal philosophical question that plagues all film critics, one that we must inevitably address: who will enjoy this film? I’d say if you’re a fan of Steven, Joel or Ethan, this movie is hands-down a given. For the average moviegoer, this will be a tense experience I promise you’ll find rewarding. But if you’re anywhere close to the median age of all the other theatergoers I watched the movie with (which was probably ‘round seventy), something tells me you’ll see it anyways just because it’s your only way to re-watch those cheesy PSAs that told you you could survive a nuke by ducking under your desk.