The Daily Nexus
Recipes
Scary Foods You Should Try This Fall
October 29, 2015 at 4:59 am by Marisa Ratchford 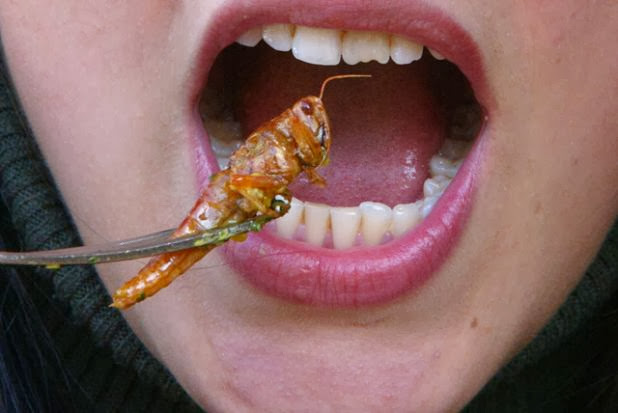 Crickets:
More and more eco-friendly consumers are jumping on this bandwagon as their protein source. A drought-friendly option which is easy to raise, crickets are a staple in many cultures across the globe. Fry them up, dip them in chocolate or season them with chili pepper; think of this bug as your new favorite protein-packed chip. The best part, they are super cheap, usually only a dollar a dozen from my Pet House employment experience. Head to your local pet store and pick up a fresh bag. Lizards can eat them, why can’t we? Here is a recipe I double-dog dare you to try!
Cricket Fritters
200 grams (~0.8 cups) flour
1 cup water
1 cup crickets, chopped (pre-boiled but not roasted)
1 cup water
1 teaspoon chili paste
1/2 of a large red onion, finely chopped
1 red chili, thinly sliced
3 small chives, cut to 1-inch strips
1/2 cup cooked corn kernels
1/4 cup fresh ginger, finely chopped and pre sautéed for a minute in separate pan
1/4 cup finely chopped fresh cilantro leaves
1/2 tsp. salt

1. Mix flour, chili paste, salt and water and combine until the texture is smooth. The texture should be thick, not watery.
2. Throw in the chopped onions, chives, ginger, sliced chili, corns and crickets, and combine.
3. Heat a large pot with cooking oil. When the oil is heated properly, it’s time to cook.
4. Scoop a spoonful of the mixture and drop it into the oil for frying. Don’t put too many pieces in at one time, as they need room to fry around until they turn a golden brown color, which should take about three- five minutes.
5. Transfer to a cooling rack and repeat with remaining mixture.
6. Serve with rice and garnish with chopped cilantro leaves.
Courtesy of insectsarefood.com 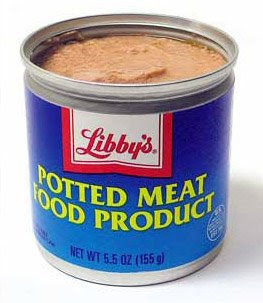 Potted Meat:
This North American “delicacy” courtesy of Hormel, is like spam had a relationship with bologna and this product is their bastard child. Composed of a list of disgusting varying meats, I don’t even know why this would be a popular product. Despite my disbelief, it can be found almost anywhere
in North America. If you’re brave, here is something you can try.
Potted Meat and Egg Sandwiches
1 can potted meat
6 eggs, scrambled
1/2 small bell pepper, diced
1/2 small onion, diced
1 medium pickles, diced
1 tbsp. mayonnaise

1. Scramble eggs until soft.
2. Mix all ingredients together.
3. Make sandwiches.
Courtesy of cooks.com 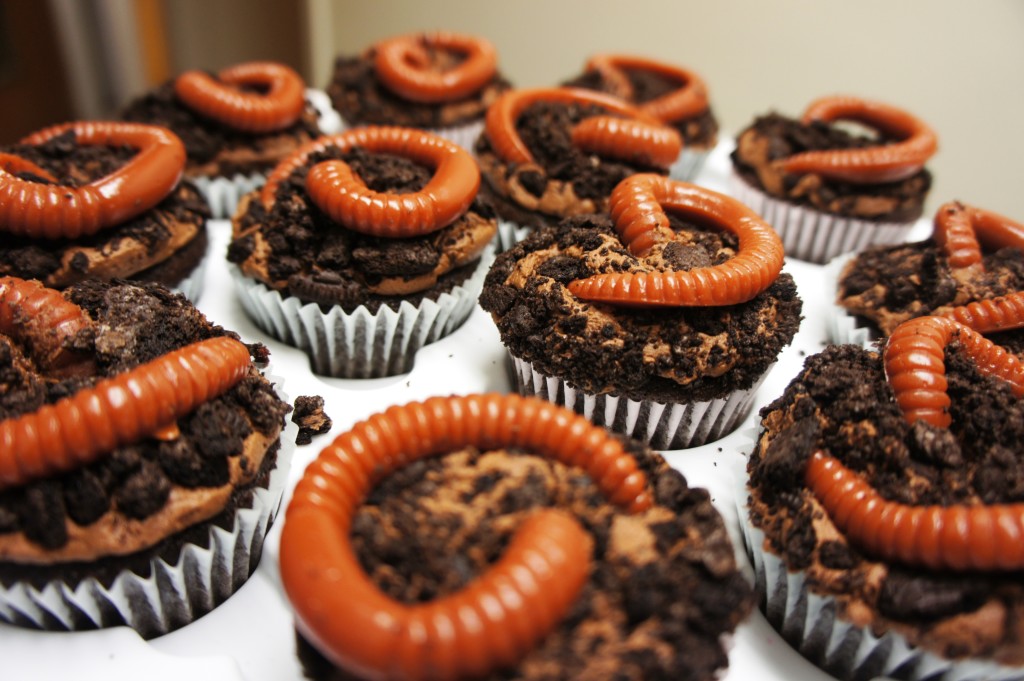 Earthworms:
What? It’s just Spaghetti, right? These little buggers can be a tasty treat and a low-caloric solution for your diet needs. With only one calorie per cooked gram of worm and 97 percent protein, they make for a healthy snack that just happens to be available worldwide. Although it may be oh-so-tempting to just slither this into your stomach raw, it’s best to cook them to avoid diseases and bacteria they may be carrying. Allow these creepy crawlers to be your main course this fall.

1. Wash earthworms thoroughly and place in boiling water for three minutes. Pour off water and repeat the boiling process twice.
2. Bake on cookie sheet at 350 degrees F for 15 minutes.
3. Roll the worms in flour, brown in butter, add salt to taste. Add bouillon and simmer for 30 minutes.
4. Saute onions and mushrooms in butter.
5. Add onions and mushrooms to the worms. Stir in sour cream or yogurt. Serve over rice or noodles
Courtesy of cooks.com 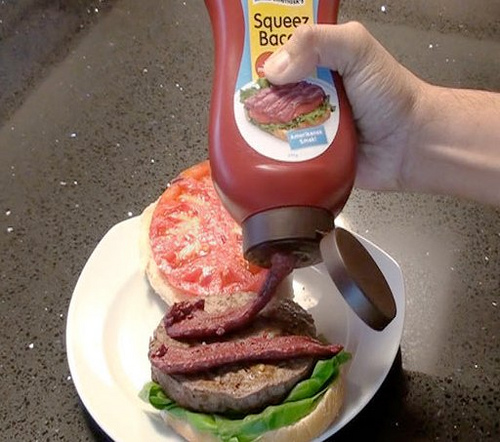 Squeez Bacon:
Who knew someone could make bacon sound so repulsive? But, hey, this is the land of dreams and if someone wants to contort America’s favorite meat into a squeezable, artificial monstrosity, then, god damn it, they can. I’d be weary of this one. Although it seems the most familiar, it just concerns me that a solid food could ever be manipulated into a semi-liquid form of a brownish hue. This product is straight from Sweden and can be ordered online. Here is a recipe to make your own rendition of this “squeez” product to adorn your cheeseburgers with.
How to Make Your Own Squeez Bacon
1 lb. bacon
1/4 cup flour
1/4 cup water
1/3 cup maltodextrin

1. Cook up your bacon. You are going to want to make sure it is crispy.
2. Once done, wrap bacon in paper towels to remove as much of the grease as possible.
3. Once bacon has cooled and the grease is removed, wrap bacon in a new set of paper towels. Beat the bacon with a meat tenderizer (or the blunt object of your choosing). Continue doing this until the bacon is pretty much powdered.
4. In a small bowl, combine water and Maltodextrin. Stir well. Now add the flour and stir until mixture is smooth.
5. Add your bacon to the mixture in the bowl. Stir to combine well.
(Optional) If you want the mixture to be smoother, place in a blender or food processor. Let it go on high until smooth.
6. Move mixture into a squeeze bottle.
7. Enjoy on anything that you want to put bacon onto.

P.S. Since this mixture has no preservatives, it will only hold in the refrigerator for a few days.