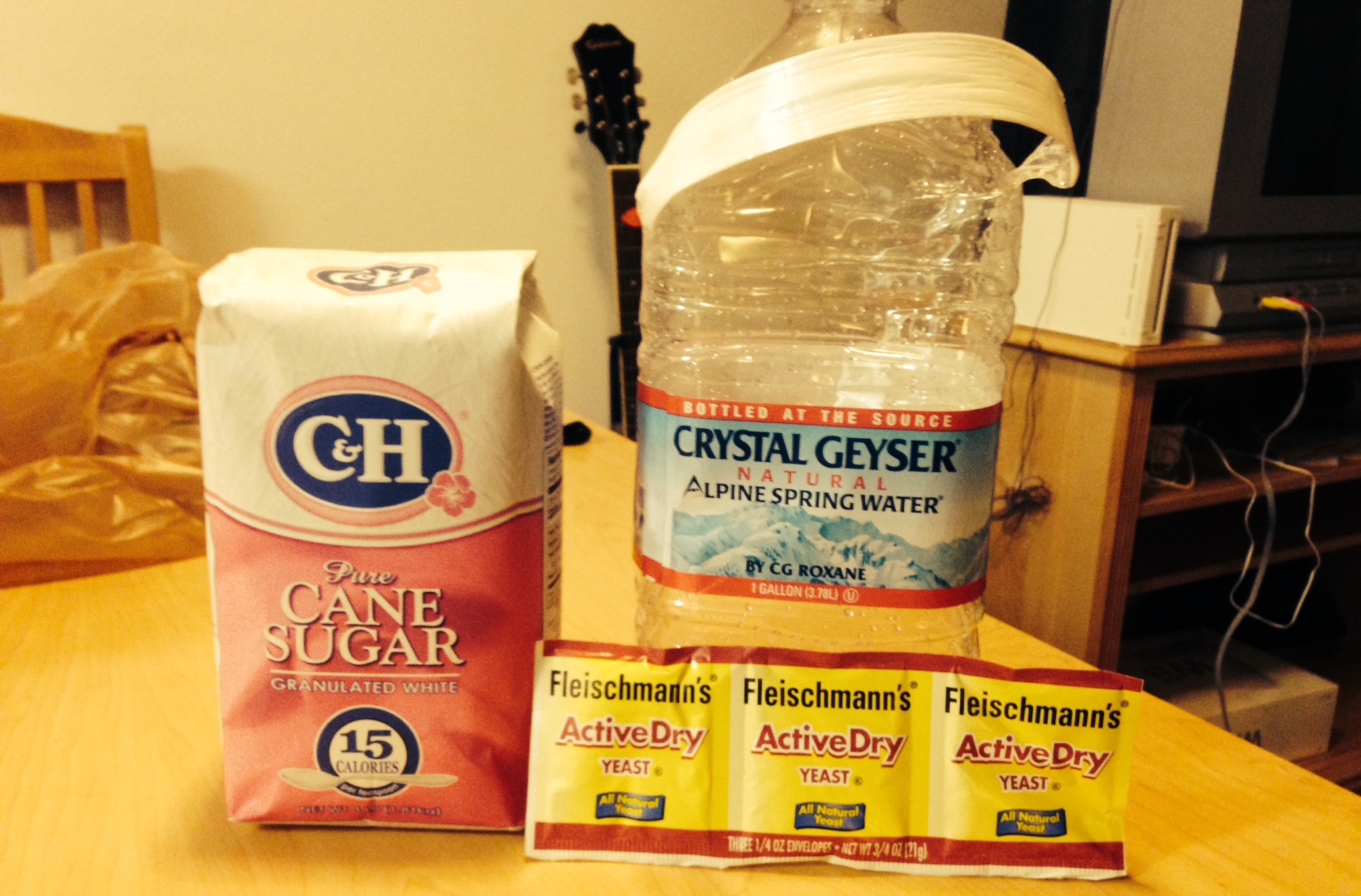 Are you tired of having to deal with the high cost of alcohol? Or maybe you’re a freshman without a fake I.D. and no upperclassmen as friends. Either way, worry no more, because cheap and easy booze can be yours: Just make it yourself. Now before you get excited about brewing your own beer or whipping up some whiskey, keep in mind that this article is about how to make sugar-wine, also known as kilju, and it tastes something like watered down cheap vodka (the ABV is about 15 percent). But it’s not too bad if mixed with a little lemonade powder, and it costs less than a buck to make a gallon. You will be amazed at how easy and foolproof it is to make your own booze.

All the following can be found at Albertsons.

Step 1: Pour sugar (or honey) and yeast into your CLEAN empty milk jug. Then, fill it with water, but leave about 2 inches at the top unfilled.

Step 2: Screw on the cap and shake it like a Polaroid picture.

Step 3: Now to make an airlock. This step is the most important, as the airlock will keep oxygen out of your booze during its fermentation. In order to make happy-juice, the yeast needs to anaerobically respirate the sugar (I’m not a bio major, but I think that’s right), meaning if oxygen gets in there you’ll end up with vinegar instead of that sweet, sweet sauce. It won’t kill you, but it’ll taste like shit and won’t get you drunk. I recommend, if possible, using a balloon or condom to make it because it’s more reliable for keeping out oxygen.

You should be ashamed of your self.