The Daily Nexus
News
‘Perfectly Imperfect’ To Educate Students on Plan B
October 22, 2015 at 5:00 am by Sierra Deak 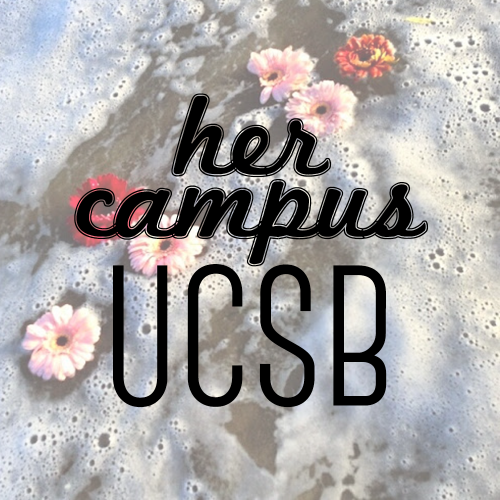 Her Campus hopes “Perfectly Imperfect” will educate students on the multitude of contraception options available to them, particularly the Plan B One-Step pill. Courtesy of Her Campus UCSB

Her Campus at UC Santa Barbara is hosting an event at the University Center (UCen) Thursday in conjunction with contraceptive company Plan B One-Step, titled the “Perfectly Imperfect” initiative to educate students on contraception.

The event will be from 11 a.m. to 3 p.m., and MTV “Girl Code” stars Carly Aquilino and Nessa Diab will speak about their personal experiences, while health professionals will also be lecturing on important information to know concerning contraception. The nation-wide campaign, sponsored by Plan B One-Step, aims to educate women about their reproductive health and the various methods of contraception that are available to them.

UCSB Her Campus Campus Correspondent and third-year environmental studies major Helen Gannon said the primary objective of the event is to educate women on the emergency contraceptive Plan B, which is usually taken when other forms of birth control fail.

“The main point is to make sure these women are educated in case their birth control plans do not go as perfectly as they had originally planned,” Gannon said in an email. “The initiative wants women to be true to themselves, without having the need to feel perfect, and do what they feel is right, to them.”

UCSB Her Campus Campus Correspondent and fourth-year English major Kirby Beaton said she hopes the “Perfectly Imperfect” initiative will help spread information about reproductive health to students who may have difficulty finding resources about Plan B.

“I think this event will educate students about their options when it comes to reproductive health and that being imperfect is perfectly okay,” Beaton said in an email. “It will also be a way to engage with students through the photo booth and free goodies that our team will be offering!”

“Carly and Nessa have imperfections just like the rest of us, and they’re letting college women know that it’s okay to embrace them,” Chiaramonte said in an email. “College women relate to other women who can be real and get on their level so I think having them on an initiative like this is perfect — no pun intended.”

According to Chiaramonte, students from other universities have responded positively to the “Perfectly Imperfect” initiative.

“Students have been flocking to our awesome photo booth during the day to share what makes them Perfectly Imperfect,” Chiaramonte said in an email. “Student and local media outlets have been debunking common myths about emergency contraception at night.”

Chiaramonte said she wants the audience to feel comfortable in their own skin, embrace their flaws and understand the options available to them when things do not go according to “plan.”

“Our Her Campus chapter here at UCSB has worked extremely hard planning this event and bringing it to share with the UCSB community,” Chiaramonte said in an email. “We can’t wait to see it come to life!”

A version of this story appeared on page 9 of the Thursday, October 22, 2015 print edition of the Daily Nexus.