The Daily Nexus
News
Love Your Body Week To Spread Positivity and Knowledge
October 21, 2015 at 5:19 am by Sonia May Htoon 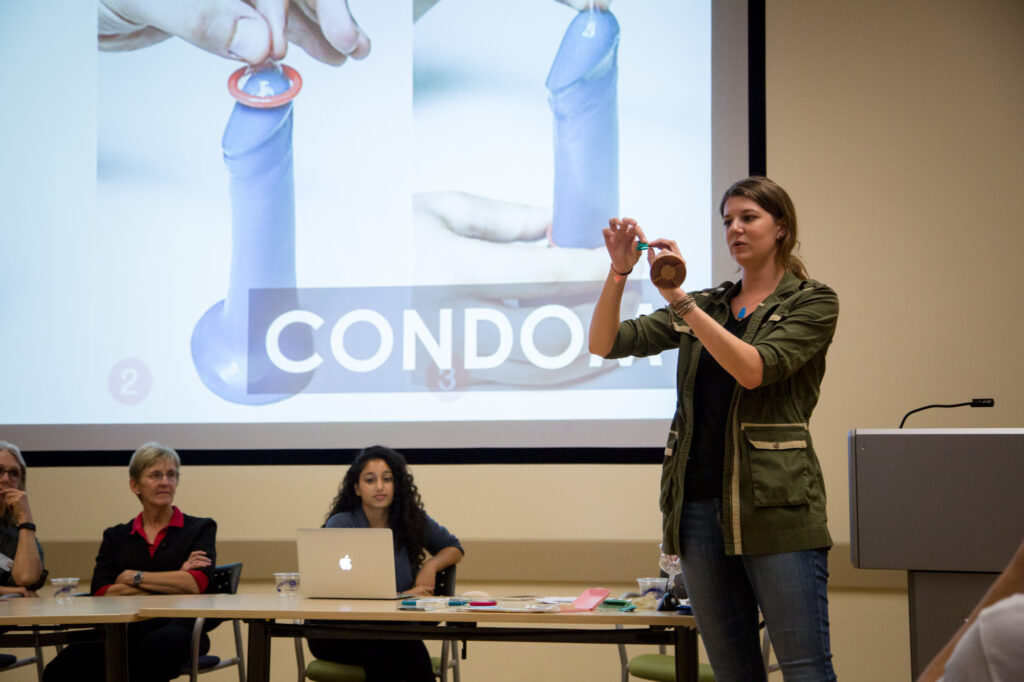 The UCSB Women’s Center is hosting the third annual Love Your Body Week Oct. 19 to Oct. 23 both in Isla Vista and on campus to promote the knowledge and love of one’s own body.

The first event of the week was a “Contraception Chat,” held in the Multipurpose Room in the Student Resource Building Tuesday night. A panel of women comprised of two Planned Parenthood representatives, two Student Health representatives and two UCSB Women’s Center representatives discussed a variety of different methods for birth control. The six women dispelled common myths about each type of birth control, answered questions from attendees and demonstrated the usage of certain contraceptives with plastic models.

Events for Love Your Body Week include pumpkin carving on Wednesday, a Zumba lesson on Thursday and a henna and body art activity taking place on Friday.

Third-year biology major Marisa Allan said she attended the event to inquire about birth control pills and came away with knowledge on various other forms of birth control such as an Internal Uterine Device (IUD).

“I like the open discussion because it takes the ‘sex is bad’ stigma away from talking about this,” Allan said. “I’d rather everyone be informed than regret something they might do.”

Second-year math major Tao Nguyen, who tabled for Love Your Body Week on Monday, said she volunteered to be a part of the event because she wanted to be involved in an organization that provided “outreach for anyone.” According to Nguyen, loving your body includes loving your physical body as well as your sexuality. 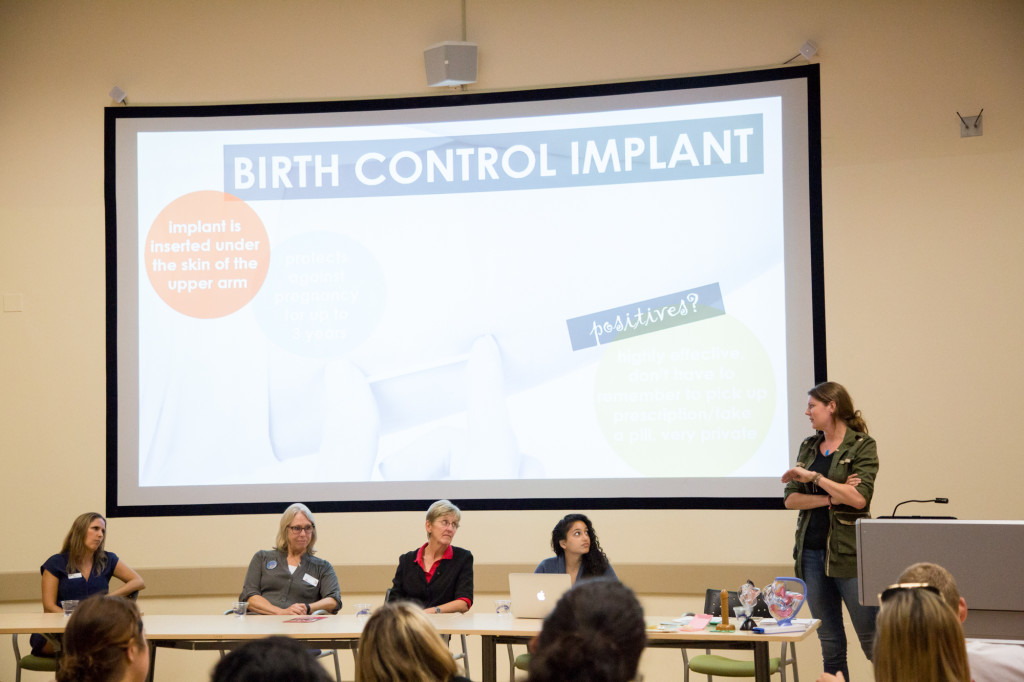 “Society and the media affect the way we view ourselves in terms of … our own body and sexuality,” Nguyen said. “There’s this standard of heterosexual, feminine females and masculine males, which are the two types that are portrayed, but there is so much diversity that we shouldn’t just be accepting our own but cut others, too.”

“The open discussion was nice; I felt more comfortable because everyone was talking,” Paiste said.

Second-year biology and sociology double-major and a student staff member for the Women’s Center Eyra Dordi said Love Your Body Week is about “body positivity” and the discussions surrounding it.

“We think [body positivity] is really important at the Women’s Center, specifically to women, but also to absolutely everybody; the way that people’s bodies are talked about, and the way they’re controlled,” Dordi said.