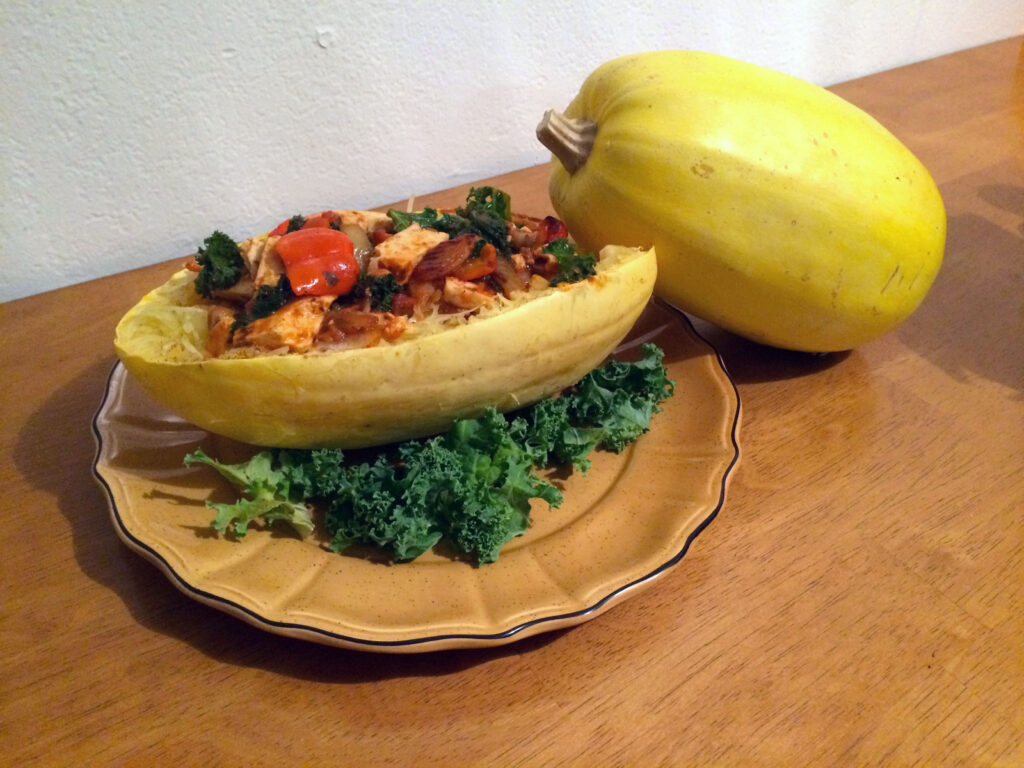 As a new resident of Isla Vista, I have been cooking for myself and eating far away from the once-beloved dining commons. After a week of living off the surprisingly delicious frozen meals Trader Joe’s offers, it was finally time to make something out of the ordinary. Yes, something that requires more than a microwave, a freezer and simple directions. So I went online looking for foods that seemed easy to cook and that would, hopefully, produce something tasty.
Voila! I found the perfect, easy, vegetarian, college-male friendly dish called spaghetti squash. This fun dish consisted of a bright yellow squash that, after only 30 minutes of preparation, ended up taking a spaghetti-like texture. The steps are simple.
After cutting the squash in two, one must then remove the pumpkin-like insides. Once you’ve put all the olive oil, pepper and other spices into the squash body, it is then time to cook. Thirty minutes in the oven is all it takes for the squash to soften into stringy noodles that are ready to eat.
Coming out of the oven, the squash gave a smooth taste, bright yellow color and pasta-like texture. Forking out the squash gave a creamy aroma that any veggie-lover can identify with. With this “spaghetti,” I then diced fresh mushrooms in supplement for meat. So now we have a veggie replacing pasta and a veggie replacing meat. A sprinkle of ground pepper and garlic salt on the pasta finished the dish with sharp flavors. The best part of this dish was that it was easy to make, cost efficient and extremely healthy. My giant bowl of a single squash fed five of my friends and left them craving more when it was gone. This dish will most definitely impress your friends, family and anyone with a big appetite.