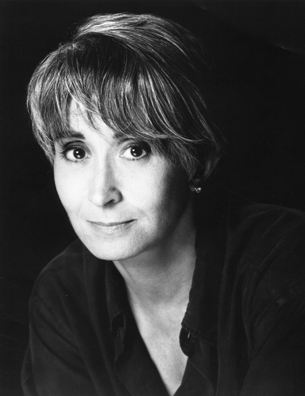 It could have been the I.V. vibe, or maybe the Twyla Tharp dance company just can’t help having a party onstage to celebrate their 50th Anniversary. Performed at the Granada Theatre Friday night (Oct. 9), each act opened with a fanfare performed by the company of twelve dancers — six women and six men. “First Fanfare” introduced “Preludes and Fugues,” performed to Bach’s “Well-Tempered Cavalier.” As the graceful and nimble dancers began this almost hour-long piece, the image of a faerie court came to mind. There was no mistaking the strength and power in every dancer, clearly visible in the ease with which they flowed into and out of their complicated partner work.

As the dance went on, a sway in the hips or a body roll through the ribs suggested to the audience that though the company was classically trained, they had no qualms with breaking out of the ballet box. The character present in each dancer began to show through — be it flirty, competitive or funky — as ballet steps were tossed to wings in favor of theatrical authenticity. In one particularly comical section, high fives escalated to a slap-off ending on the rear end. The woman turned around waiting for her partner to reciprocate, but after an unsure glance at her tush, he decided not to go there — leaving her with no choice but to slap her own behind.

“Preludes and Fugues” concluded with the dancers in a circle, a fairy ring if you will, cooling down from the frenzied energy they’d picked up from their characters. A brief return to a more classical modern style brought the piece full circle, leaving the audience with a final image of a woman held high above her partner’s head, slowly turning as she was carried offstage.

Amongst the audience members who enjoyed this piece was Eric Jorgensen, a graduate student in the theatre department. When asked for his thoughts on the recital, he said, “In the Bach piece, the fact that [Tharp] used the same music twice — she used the Ave Maria twice — and the first time she used it as a polka. Which made no sense, but it was beautiful! I’d say that was my favorite part.”

“Second Fanfare” was a silhouette dance against red-lighted silk to adventurous music full of brassy bravado. Many of the dancers were wearing wide-brimmed hats, which gave the exciting impression that they were all headed out on a safari.

Then “Yowzie” started, the lights came up and the Granada got slapped in the face with a throwback to the 1970s disco funk age. An eccentric mashup of neon colors, gaudy patterns and mismatching halves provided more than enough visual stimuli even without the dancing. Fabulous men with their snazzy ladies took to the stage in Broadway fashion. With dazed, loopy or all-too-delighted faces, the entire cast could easily have spent intermission the way a typical Isla-Vistan spends any Friday night — except that they still managed to pull off amazing turns, jumps and balances.

Austin Jiang, a second-year in the BFA acting program just recently began his foray into the world of modern dance this year. With little previous knowledge of the company or the styles he was to see, “Yowzie” in particular was a fun peek into the possibilities modern dance can offer. “The first piece was a lot slower and different in energy, but in the second piece they really ramped up the energy,” Jiang said. “It caught my attention. The images that came to mind were very extraterrestrial — the costumes and the lighting all looked very Martian-like to me.”

Part of the Martian-like feel probably derived from the backdrop of prisms and planets alternately lighted in reds or greens, giving the whole stage an out-of-this-world vibe.

At the conclusion of the show, Twyla Tharp came onstage to talk to the audience about herself, her dancers and the dances performed that night. Upon being asked about the relationship between the dances and the music, Tharp said, “I think that in the case of both these pieces, they’re designed to be compatible [with the music]. [“Yowzie”] has a lot of history to it … there are actually excerpts from an earlier piece to Jelly Roll Morton called “Eight Jelly Rolls” — that piece was originally made in silence. No music.”

Tharp has proved countless times that her creativity and ability to bring movement and music together is limitless. She has choreographed more than 160 works, including ballets, musicals, movies and even figure skating, according to her biography. As a further gift to the community, Tharp not only brought her premiere pieces to Santa Barbara, but Saturday afternoon (Oct. 10) at 3:00 p.m. she also presented “The One Hundreds,” a performance by both dancers and non-dancers, in Alameda Park — which was an incredible way for the Santa Barbara community to share in a historical dance experience. To learn more about Tharp and her company, visit twylatharp.org.