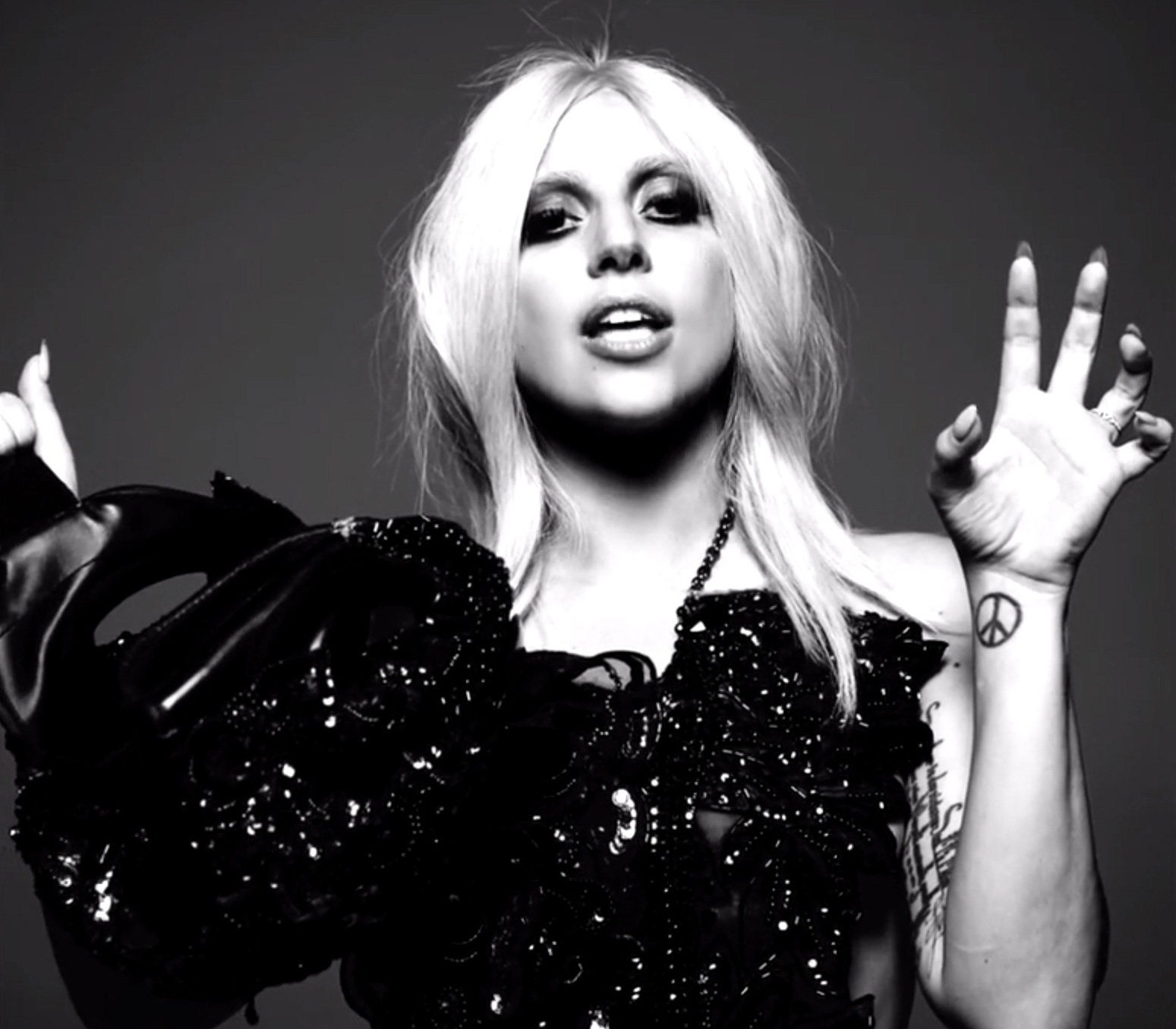 Just when I thought Lady Gaga couldn’t get stranger, she became a soul-sucking seductress. But I think I liked it? American Horror Story is back in its 5th season with “Hotel.” If I had to describe this premiere in just a few words, they would be clichés, blood and clichés. However, would it really be an American horror story without some low IQ damsels, bad choices, demon children and vampires? Probably not. So, on we go.

The show begins with a fish-eye lens (because nothing screams terror like a good fish-eye) of two hot blonde tourists checking into the Hotel Cortez in L.A. We’re introduced to the receptionist, Iris (Kathy Bates), who refers to the girls as “Swedish meatballs“ and lets them know the hotel is a “dead zone.” No WiFi. No cell service. Of course. As they walk to their room, we meet the housekeeper who is getting blood stains out of bed sheets due to a “terrible accident.” The Swedish meatballs are less than impressed with their room as it has a vile odor. Lo and behold, the stench came from a halfway decomposed person-thing that crawls out of the stitched up mattress and sends the girls running back to Iris. Monsters under the bed, for sure. She provides them with a new room, the ever elusive room 64. Dun dun dunnnnnn. While there, the tourists get attacked by tiny children with a thirst for blood.

Scene change. Now, we’re assaulted with a gory, blatantly disgusting crime scene. It includes cut out eyes and tongues put in bowls, and a couple on a bed. Oh, did I forget to mention that the girl is speared to the headboard while the guy, blind and tongueless, is barely alive with his man part still inside her? I’m no newbie to the gore of AHS, but this was a bit much for my liking. Here, we meet Detective John Lowe (Wes Bentley) who is investigating the crime. When he gets back to his office, he gets a call from an ominous voice who says that they’re going to repeat the gruesome crime again in none other than room 64. Serial killer? Most likely.

Now we’re back at the hotel where a male junkie is looking for a room, and, surprise surprise, he gets room 64. As he begins doing the things that junkies do, he gets an unpleasant surprise from a mummified being with a very sharp, very dangerous strap-on. Sally (Sarah Paulson), a heroin addict and resident of the hotel, seems to appear from thin air and tells the man that if he wants the pain to stop, he just has to say, “I love you, Sally.” Once he obliges, he immediately dies. Love hurts, my dears.

Moments later, Detective Lowe arrives at the hotel and demands to go into room 64. He’s escorted by Liz Taylor (cross dressed Denis O’Hare) who I can already tell is going to be one of the favorites this season. Once the Detective checks the room, nothing seems to be out of place, but the Detective seems to recognize a child running around in the halls.

As if there wasn’t enough confusion about the plotline already, we meet famous fashion designer, Will Drake (Cheyenne Jackson) and his son who are (of course) wanting to buy the hotel. The Countess leads Drake’s son through a secret passage way revealing the ultimate kid-fantasy room. What could be so bad about that? Nothing much, except one of the vampire kids is actually the Detective’s missing son. If that wasn’t a big enough bomb to drop, get this: Donovan is actually Iris’s son who overdosed on heroin with Sally, so Iris pushed Sally out of the top floor of the hotel where she met her death on the pavement. %*^#*^%$!!!

The episode ends with Lowe checking into room 64 as his investigation for the killer begins. Meanwhile, “Hotel California” plays in the background (ha ha).

Phew. That was a lot to cover.

I’m still disappointed about Jessica Lange’s departure and the flop of season four, but AHS is back, gorier and more enticing than ever. This premiere definitely held nothing back, and it left SO many questions. Is everyone a ghost or just Sally? Why is The Countess a vampire? Who’s the killer? What’s up with the Detective’s son?

Only one thing is known: “You can check out anytime you like, but you can never leave.”