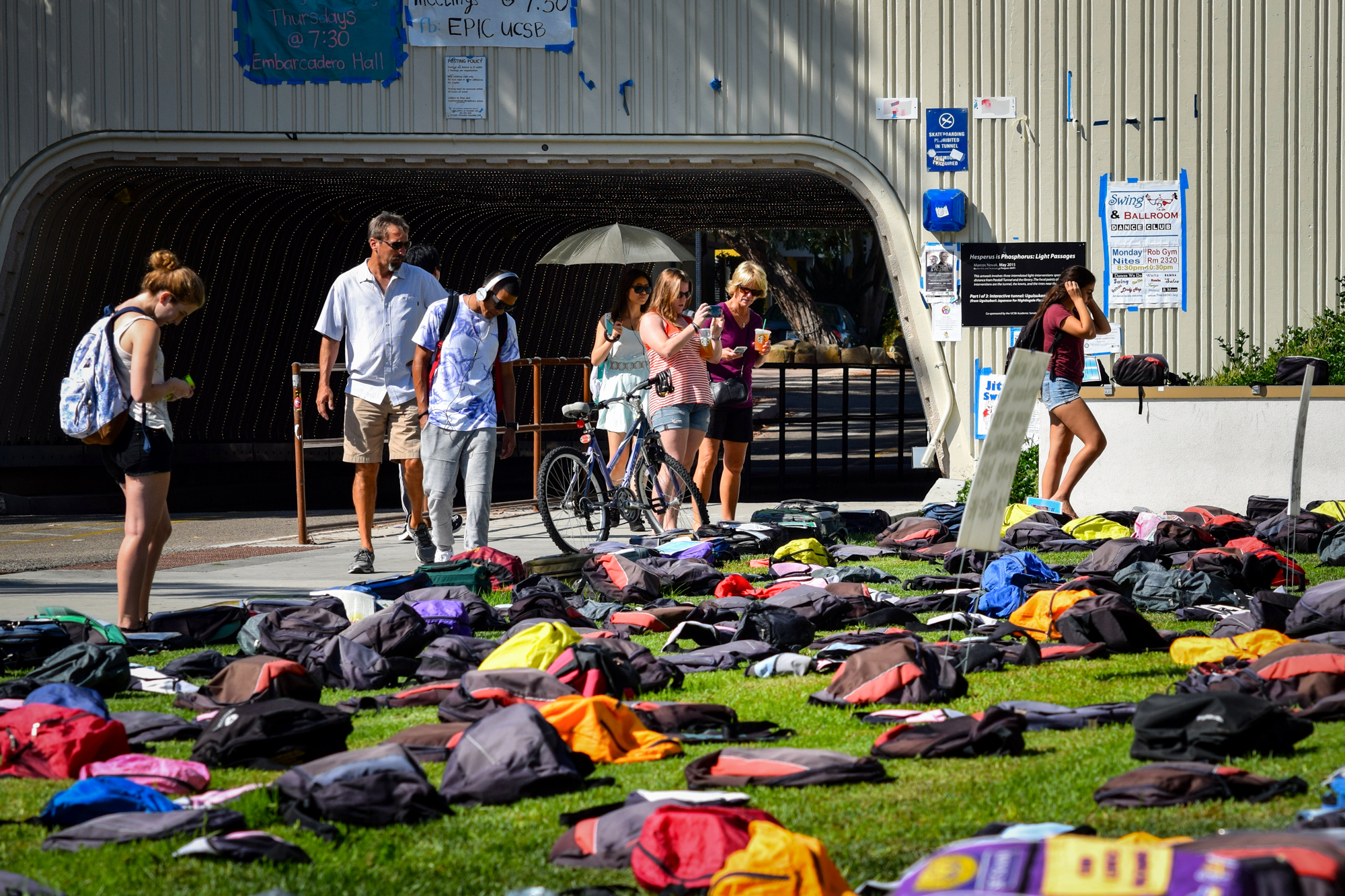 Send Silence Packing is a nationally recognized event featuring a display of 1,100 backpacks representing the number of college students who commit suicide each year. The event, which promotes dialogue around mental health issues in hopes of combating suicide, debuted with a display at the National Mall in Washington, D.C. in 2008. Since then, more than 320,000 people in 98 cities throughout the country have experienced Send Silence Packing.

“We are also attempting to change the stigma that surrounds these topics so that people feel more comfortable engaging in those early prevention methods or seeking help if they need it,” Duffy-Ledbetter said.

Duffy-Ledbetter said the display also calls attention to the issue of college suicide for those who might not realize its prevalence.

“A lot of students have been engaging with the display and reading a lot of stories,” Duffy-Ledbetter said. “People have been coming up surprised or shocked at the amount of bags.” 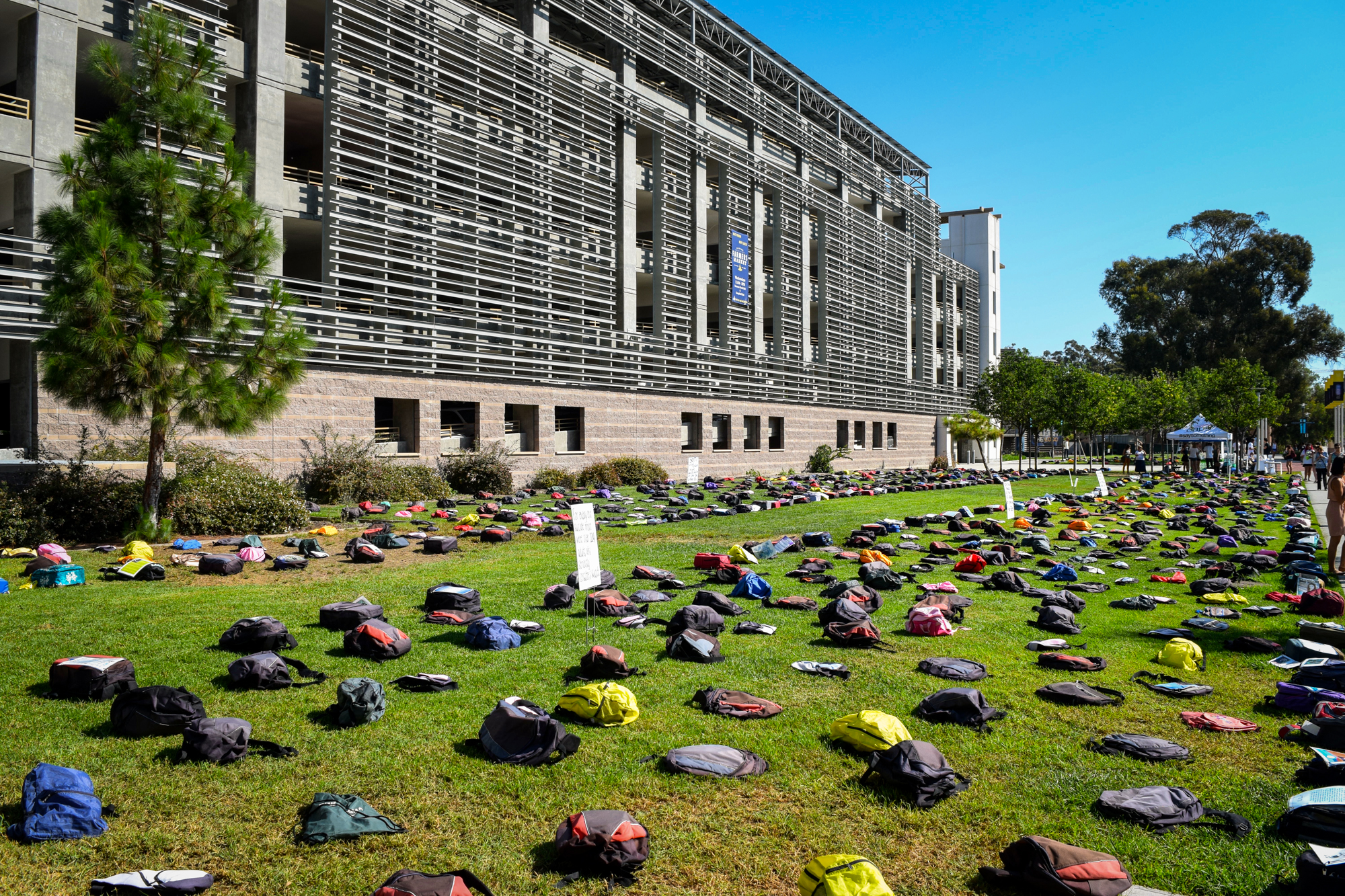 “There is so much stigma around it,” Boomer said. “I hope that seeing this, having it be pretty confronting, will allow people to open up a dialogue.”

UCSB Active Minds co-president Urvashi Singh said she was pleased with how many students came to the display and spoke with Active Minds members.

“A lot of people came up to us and wanted to talk about what this event is about,” Singh said. “Some of them shared their stories with us and how they have been impacted by something like this or know someone who has.”

Third-year communication major Erika Peralta said there is a “good amount” of mental health services available to students, and taking advantage of these services can “have a huge impact.”

“It’s just taking that step and reaching out and getting help when you need it,” Peralta said.

Third-year anthropology major Erica Nadler said she was “taken aback” by the fact that most college students who commit suicide do so without first seeking out mental health services.

“[There] seems to be a common pattern leading up to it,” Nadler said. “It’s just so sad.”