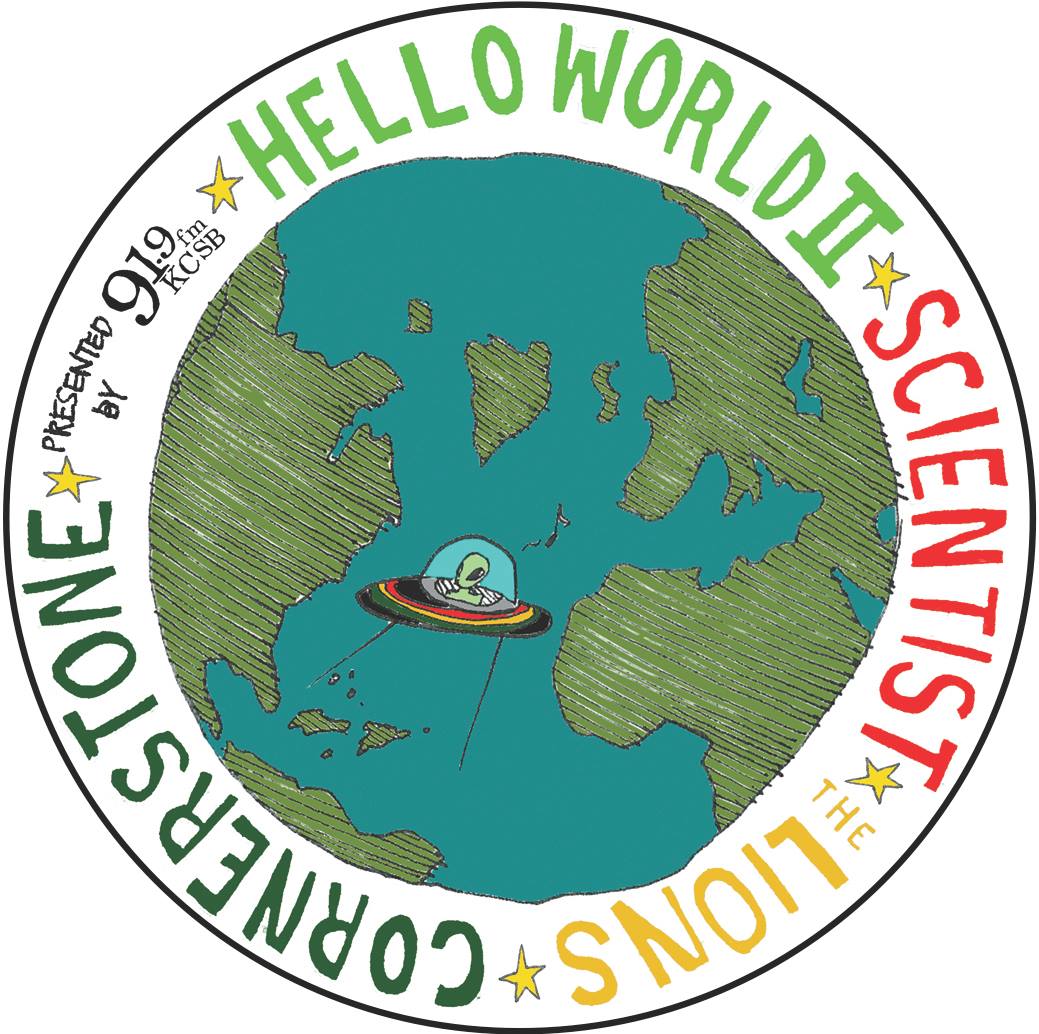 Radiating the sound of reggae music and the smell of delicious foods, Santa Barbara’s independent radio station KCSB-FM 91.9 will be hosting its second annual Hello World! mini-festival this Saturday, Oct. 10, at Anisq’Oyo’ Park in Isla Vista from 1:00 to 7:00 p.m.. As usual, this event is completely free and open to the public. The inaugural concert will present the Jamaican dub artist, Scientist, Los Angeles reggae-soul band The Lions, Santa Barbara’s local, high-energy reggae band Cornerstone and various KCSB DJs. This year’s Hello World! festival will also feature attractions at the Isla Vista Food Co-op including food, artists, vendors and DJs.

Scientist, otherwise known as Hopeton Overton Brown, is a legendary dub artist from Kingston, Jamaica. He was a protégé of one of the creators of dub music, King Tubby, in the ’70s. After leaving King Tubby’s studio, he became the leading sound engineer at Channel One Studio. Scientist branched into the limelight in the ’80s with an audacious mixing style, catching the attention of Greensleeves Records, which released his series of albums surrounding Scientist’s fictional achievements. His most recent album, released in 2015, proves why this innovator has remained relevant for nearly 35 years.

Preceding this act will be The Lions. Brought together by their love for classic Jamaican reggae styles in 2007, this group features a dozen of Los Angeles’s greatest reggae and soul innovators. The group blends their unique sounds and influences to form a seamless blend of reggae and soul music. With four successful albums released within the past seven years, The Lions have evolved to produce music coming straight from their hearts.

“With everything that’s going on today we wanted to make an album that speaks to people’s emotions and frustrations while also giving them a chance to dance and release some stress,” Dan Ubick, producer and guitarist, said.

This group’s latest album, Soul Riot, released in 2015, is sure to have everybody relaxing and feeling like dancing in our beautiful community this Saturday.

The festival’s opening performance will be provided by Cornerstone, a California-based group with a forerunning urban reggae style. This local Santa Barbara band blends the California vibe with traditional reggae, keeping their fans interested and enticed since 2005. Cornerstone has shared the stage with musical favorites, such as Gregory Isaacs, Don Carlos and Toots and the Maytals. Their latest album, “Cornerstone,” was mastered by two-time Grammy nominated mastering engineer John Greenham. This album will show reggae lovers and newcomers alike how this subgenre has branched from fundamental roots reggae to the fusion of urban and classic Caribbean sounds.

In addition to these amazing artists, Hello World! will be collaborating with other event supporters including the Associated Students Community Affairs Board, MultiCultural Center, Isla Vista Arts and UCSB’s Center for the Interdisciplinary Study of Music to bridge the student-dense population of Isla Vista with the greater Santa Barbara community. These organizations will provide an additional location for the day’s festivities in front of the Isla Vista Food Co-op. In the spirit of this event, bring your friends and an inclusive attitude as we share with each other and our surrounding community an outlet of safe entertainment.