The Daily Nexus
On the Menu
The Best and Worst of Carrillo’s Frozen Yogurt
October 6, 2015 at 7:53 pm by Lianna Nakashima 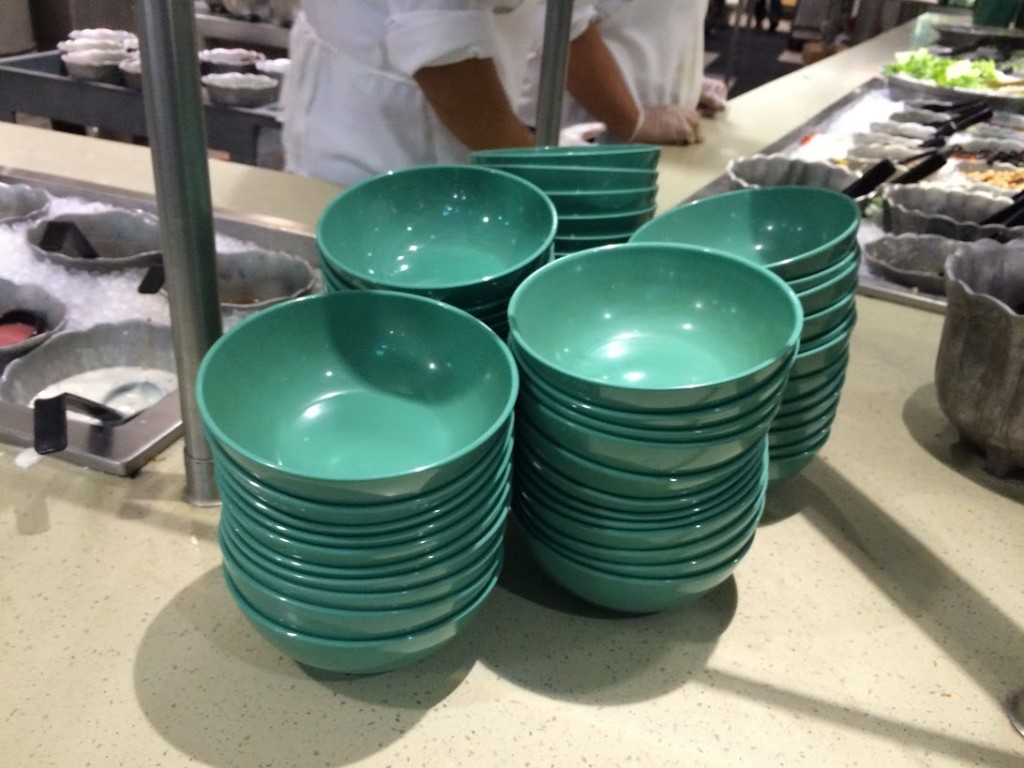 1. Bowl or Cone?
The frozen yogurt set up typically comes with cones. However, there are bowls conveniently scattered around Carrillo meant for salads or soups that can be used for frozen yogurt to pack on the swirls and tons of toppings.

2. Flavors
To the right there is always a chocolate, vanilla and chocolate-vanilla swirl for those who prefer the classics. But be sure to check the flavors to the left; they rotate often, are original and creative and you never know what you mind find!

3. Toppings Galore
Near the frozen yogurt station are toppings including brown sugar, granola, almond slivers, raisins and sunflower seeds. But across from the island of toppings and sauces by the window are more traditional toppings like rainbow and chocolate sprinkles. 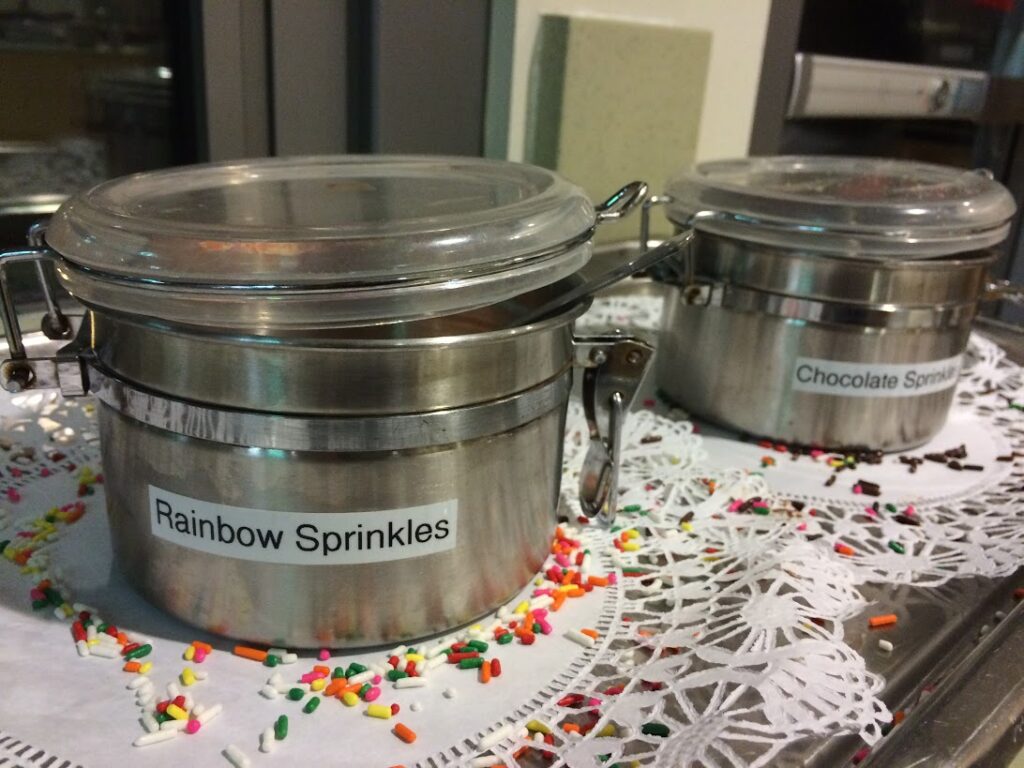 1. The classics
Vanilla and chocolate are by far the fan favorites in most people’s books. If you’re a fan of both flavors, then you can also get a swirled frozen yogurt. These flavors are not the most outstanding compared to other frozen yogurt chains like Menchie’s or Pinkberry, but they are definitely worth trying if you are in the mood for something sweet and classic.

2. Cookies and cream
It is apparent that Oreos were present in the mix, but the yogurt was mixed so much that it tasted much grainier than one would have hoped. As an Oreo lover, I would have preferred milk’s favorite cookie to be more crushed and chunky to encompass the true texture of this classic treat.

3. Caramel
The caramel frozen yogurt is among one of the best at Carrillo despite its overly sweet flavor. However, every now and then when I pull the lever down the frozen yogurt, it is completely melted and not cold enough to sustain its shape. Not the yogurt itself’s fault but still an unsatisfying experience. Instead of a nice swirl, it becomes more reminiscent of ice cream melted in the sun.

4. Peanut Butter Salted Caramel
Although the title implies that it would taste salty, there is a prominent sweetness from the peanut butter that also adds a delectable level of smoothness. The thickness of this yogurt blend is apparent. When I was dispensing it from the machine it took quite a bit longer than your average frozen yogurt and my impatience proved strong. In order to create a classic lunch specialty, you could also accompany your peanut butter salted caramel with grape jelly to make PB&J.

5. Cinnamon Chocolate
Any other day I would prefer vanilla over chocolate, but when I saw this cocoa concoction included cinnamon, I knew I had to give it a try. Unexpectedly it tasted like a churro without the delicious crunch aspect of the fried traditional Mexican dessert. The texture was smooth yet a tad grainy and looked slightly lighter than the classic chocolate color. Although this was not my favorite, it would be worth trying if you are both a chocolate and cinnamon fan.

6. Vanilla Apricot Earl Grey
Vanilla is a staple in dessert, but with the subtle sweetness and tang of the apricot along with the earthy flavor of the Earl Grey, this flavor propelled plain ol’ vanilla into another dimension. As one who prefers vanilla over chocolate and tea over coffee, this was by far my favorite frozen yogurt I have tasted in the dining commons thus far.

7. Orange Creamsicle
This flavor tastes as if orange creamsicle ice cream and popsicles melted, united, and resurrected together in frozen yogurt form. The flavor of orange lacked in comparison to the tartness and tanginess of the actual fruit, but the flavor was still enjoyable. In fact, I even went back for seconds. The subtleness of the orange should only be eaten sans toppings to truly enjoy the flavors.

8. Chocolate Mint
On the same day as the orange creamsicle was served, so was chocolate mint. Tasting them side by side made it apparent how much richer and thicker the chocolate makes the frozen yogurt, proving to be a velvety-rich texture with a cooling yet sweet component. However, orange and chocolate do not make a good combo and the aftertaste was unpleasant. 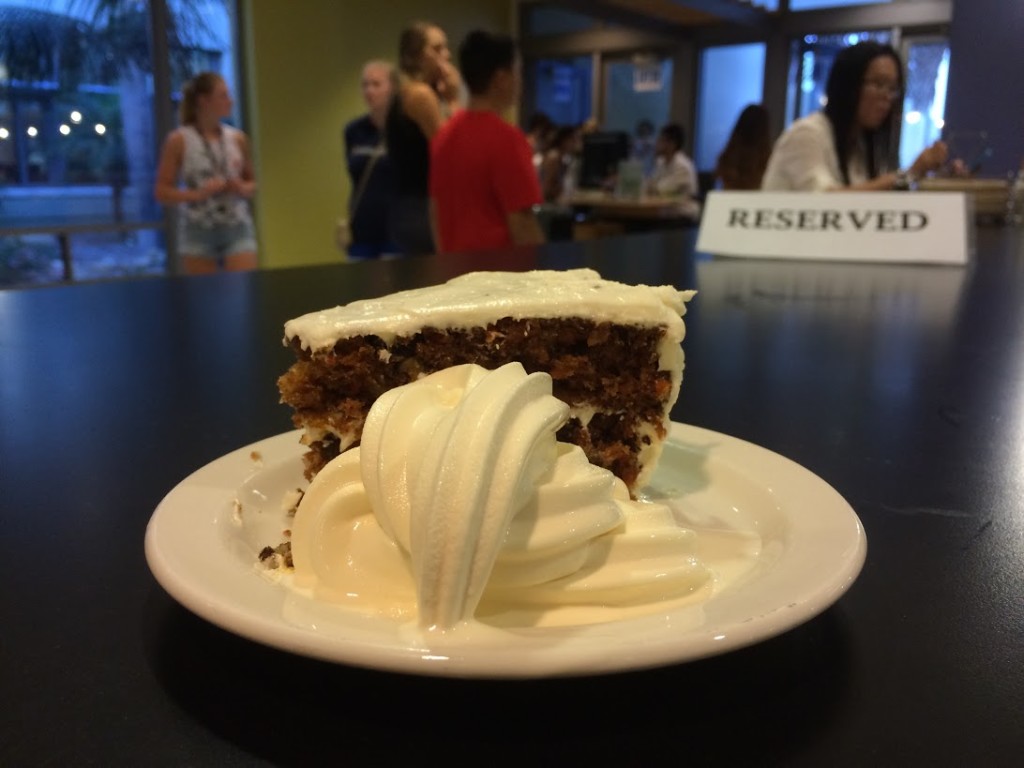 1. European Berry and Mixed Berry
This flavor is by far my least favorite because it does not taste anything like the title. Similar to the mixed berry, this yogurt reminds me of the smell and taste of lotion. And one may ask, what’s the difference between European and Mixed Berry? To answer your pressing question, there honestly is no difference, at least in this fro-yo, because they are both flavors that are little to be desired.

2. Habanero
The first question I asked myself was, “Who the hell would even eat this?” The first bite tastes pleasantly cold like any other frozen treat, but then an undesirable and unexpected kick inflamed my mouth. The thought that one would create this flavor troubles me because many dessert eaters do not want something savory after a filling meal. This is my least favorite flavor I have had at the dining commons and myself and my poor scorched taste buds, hope never returns.