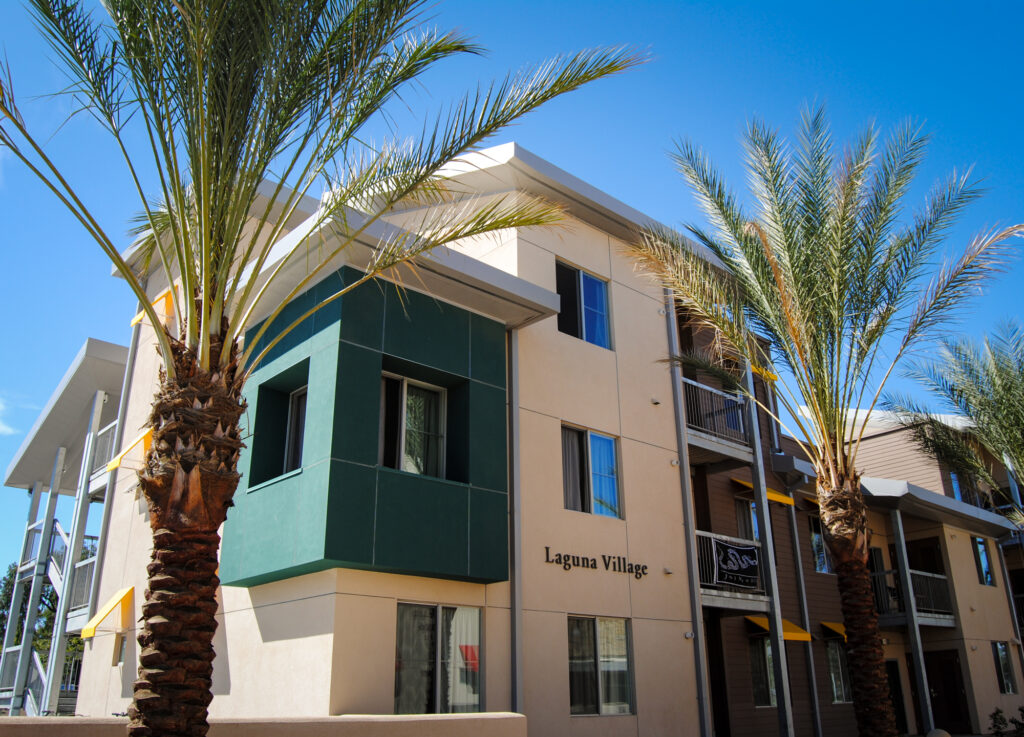 Parts of Sierra Madre Villages which are not finished are scheduled for completion in two or three weeks. Anna Gagliardo/Daily Nexus

The Sierra Madre Village Apartments are university apartments recently opened for the 2015-2016 school year after nearly two years of construction, beginning in October of 2013. The apartments consist of several three-story buildings and 109 total apartment spaces with three varying floor plans. Parts of the complex are still under construction, including faculty housing and the administration and recreation buildings scheduled for completion in the next two to three weeks.

Third-year feminist studies and sociology double major Kevin Tang said he was assigned to live in Sierra Madre; he enjoys living there and prefers it over his apartment at Santa Ynez last year.

“I didn’t choose to live here; I got randomly assigned, but I like it a lot. It’s nice to have a new apartment and not have to share a shower with more than one person,” Tang said in an email. “I lived in Santa Ynez before and it definitely a lot nicer [here], especially the new appliances, also there’s a lot less ants.”

Third-year communication major Allie Lobos said she chose to live at Sierra Madre and though the new apartments are clean, she dislikes the 1.8 mile commute to campus.

“Living here is great. It’s new, it’s clean, but I wish I did live in Isla Vista,” Lobos said. “My biggest complaint is the distance; I have three 8 a.m.s a week.”

Tang said despite the distance, he would be willing to choose to live in Sierra Madre Village Apartments again.

“It’s kind of far and taking the bus can be annoying when I miss it and become late for class, but I like it a lot and would choose to live here again,” Tang said again, in an email.

Third-year communication major and transfer student Vanessa Guevara said she likes living farther from campus and closer to the supermarkets, and she is looking forward to the completion of the convenience store and recreational building.

“I like how far it is; it feels more secluded from the main campus and it’s close to groceries,” Guevara said in an email. “I hope the store and gym opens soon though. I bike so it’s not really a problem and the living space is nice especially since it was just built.”

Project Executive Joe Linden said the administration and recreation building will be completed in two to three weeks’ time, and until then students will be surrounded in a loud environment. Linden also said the faculty building which burned down July 4, 2014 is nearing completion.

“Everything is on schedule but some community buildings still have about two weeks left,” Linden said. “Building seven which is located by Whittier and Storke Road has two to three weeks left as well.”

A version of this story appeared on p. 1 of the Thursday, Oct. 1 print edition of the Daily Nexus.