The Thunderdome will be live and energetic this weekend as the UCSB women’s volleyball team prepares to host its first tournament of the 2015 season. The Gauchos’ Friday home opener will be the team’s first of a five game stretch in Santa Barbara.

Some of the nation’s best volleyball teams will be in town as UCSB will face SMU, No. 17 UCLA, and No. 18 USD. Indeed the team’s most difficult set of games, it’s a pivotal opportunity for the Gauchos’ to achieve some early season upsets. UCSB is in for an intense weekend as each of its opponents enters the “T-Dome” with just one defeat. 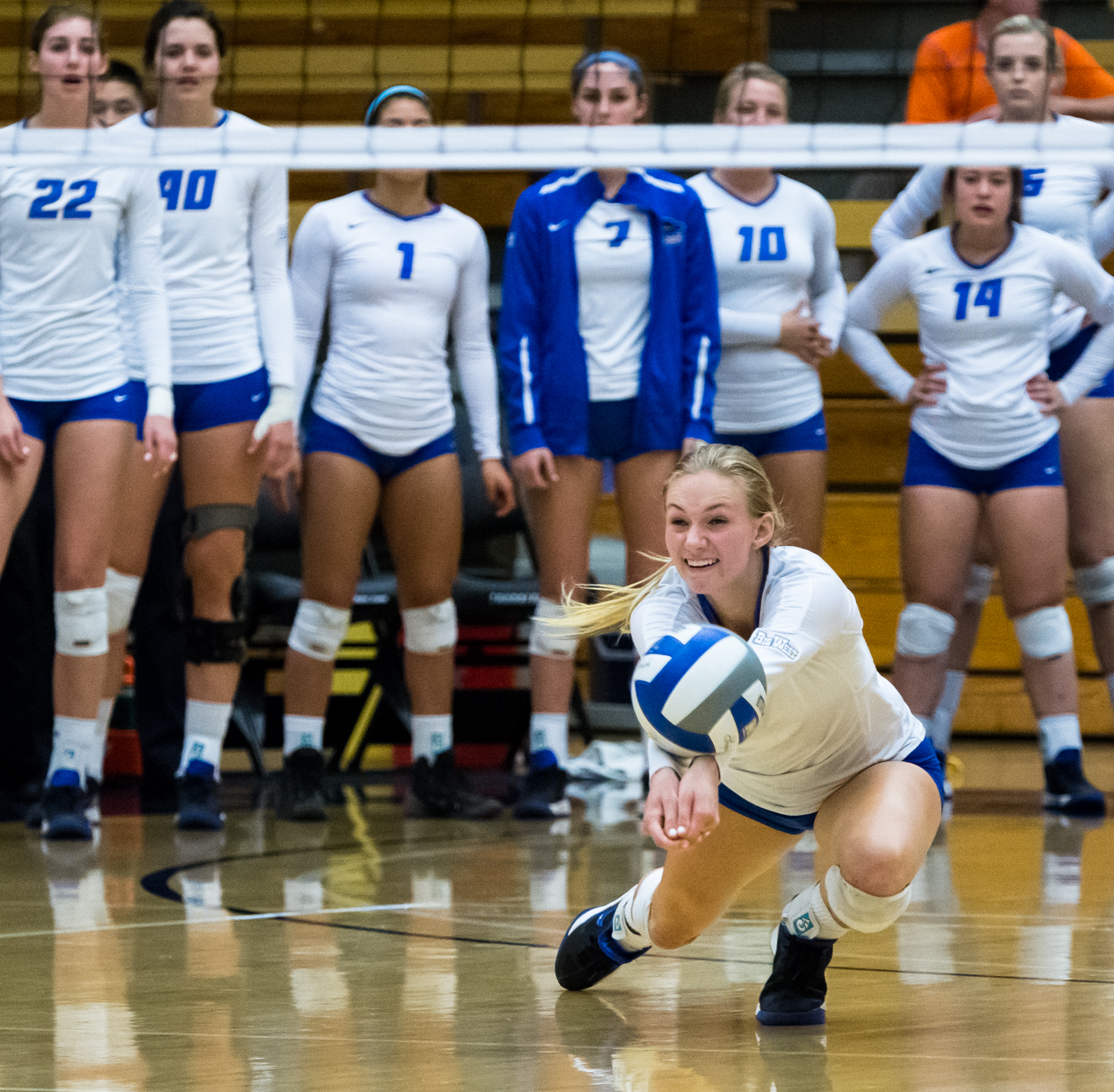 UCSB begins invitational play with a primetime evening match against Southern Methodist University. After winning a program-best 26 games and earning a ranking in the AVCA standings for the first time in program-history last season, SMU continues to ascend in 2015 with its 5-1 overall record.

A two-time All-American Honorable Mention, Acker leads the American Athletic Conference in assists per set with 11.96. She helped the Mustangs win their five-set battle versus New Mexico last Saturday with a season-high 58 assists. Her career total of 3,000 plus assists ranks her sixth all-time in SMU history.

Another key counterpart to the Mustangs success is junior Morgan Heise. The 2014 American Athletic Libero of the Year, Heise set an SMU single-season record with 626 digs. The Mustangs 17.70 digs per set ties them with UCF for a conference-high this season.

Expect another MVP-esque performance from senior outside hitter Ali Barbeau to combat SMU’s fierce defense. The Yale Invitational Co-MVP, Barbeau leads the Gauchos in kills with 81 and is just one dig away from being tied for second on the team at 58 after recording a career-high 18 digs against Yale.

“Our serving improved, which helps our defense,” Head Coach Nicole Welch said. “It puts more pressure on other teams and makes it easier for our defense to set up for digs and blocks.”

Next on Santa Barbara’s schedule is the University of San Diego. UCSB’s first ranked opponent, the 5-1 Toreros are also on a four-game winning run after hosting its own invitational last weekend.

Leading USD in its superb home performance was redshirt junior middle blocker Lisa Kramer. She was awarded with All-Tournament honors after accumulating a total of 30 kills, 12 blocks, and a .397 hitting percentage. Kramer is currently tied for the team-lead in attacking percentage at a clip of .286.

Having a breakout season for San Diego is junior middle blocker Lauren Schad. She finished last weekend with a total of 19 blocks and owns a team-high of 38. Her mastery of the block ranks her at the top of the West Coast Conference as she averages 1.68 blocks per set.

Securing the net for the Gauchos are junior middle blockers Phoebe Grunt and Elizabeth Sheffield. Grunt’s 6’4” stature along with Sheffield’s vertical bounce have complimented each other well so far this year. The two have combined for a total of 48 blocks this season.

Since losing last week’s tournament finale to Rhode Island, UCSB has been more proactive in preparing for its upcoming matches.

Ending the Gauchos’ home debut is a contest versus UCLA. The Bruins’ come into UCSB with a 4-1 overall record and are on a three-game winning streak.

As one of eight nationally ranked teams from a talented Pac-12 Conference, UCLA will be no easy exit for the Gauchos. A transfer from West Virginia this offseason, junior outside hitter Jordan Anderson has been an absolute stud in her first season as a Bruin. Her efficiency when attacking has been valuable to UCLA’s offense as she ranks third in the Pac-12 in kills per set averaging 4.38.

UCSB definitely has its work cut out for itself this weekend. Some may consider UCSB to be the underdog even on home territory, but should not be underestimated when playing in the Thunderdome as the possibility of an upset awaits.