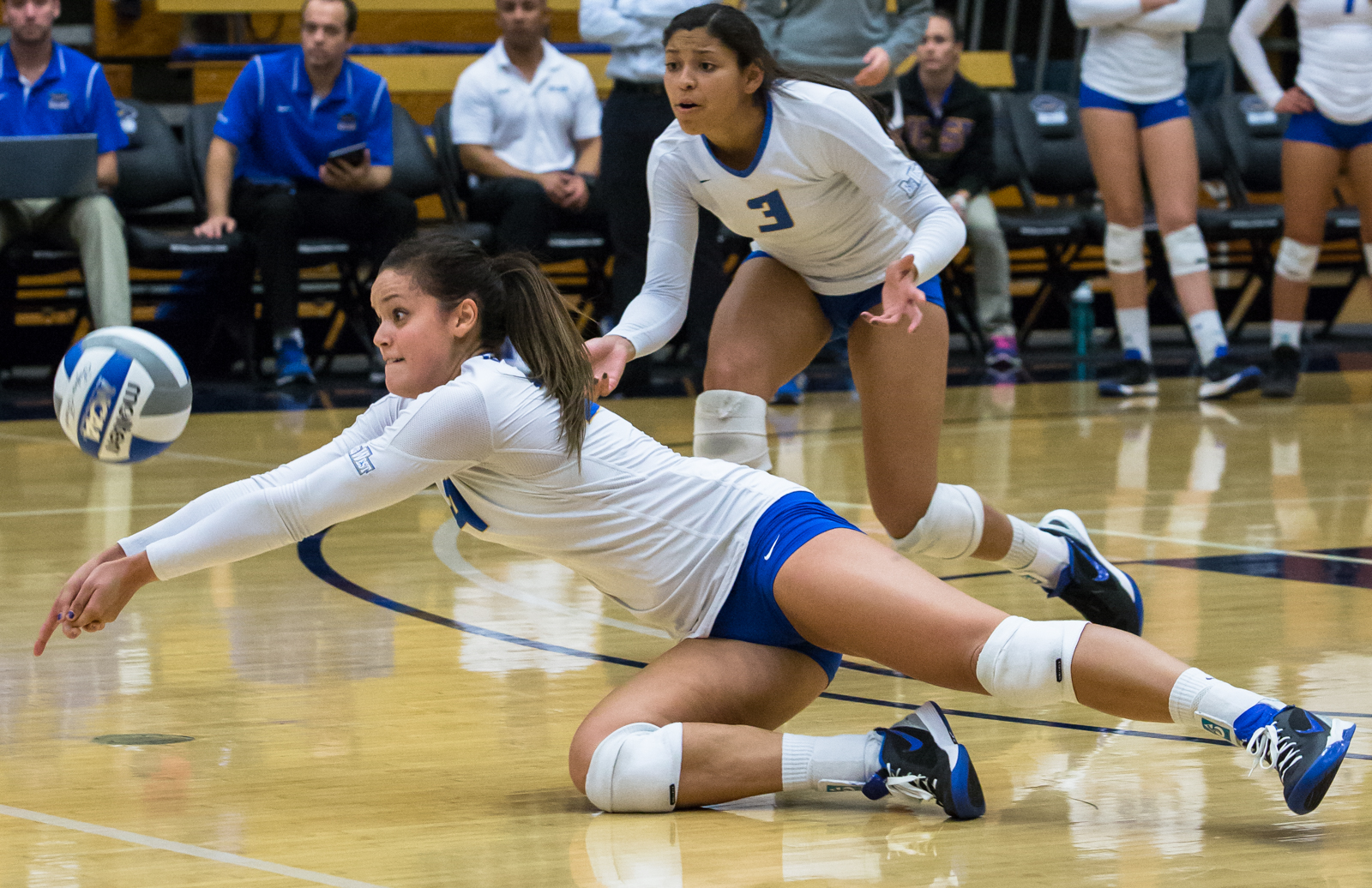 After opening its season at the Pepperdine Asics Classic, the UCSB women’s volleyball team travels to New Haven, Connecticut to participate in the Yale Invitational. It’s another busy weekend for the Gauchos as they will face Rice on Friday and are set for a Saturday doubleheader against Yale and Rhode Island.

Following its performance in Malibu, Santa Barbara hopes for another fast-paced start after consecutive sweeps versus Utah Valley State and Incarnate Word. UCSB enters the Yale Invitational with an overall record of 2-1.

Heading into New Haven is a hot Owls team that is looking to maintain its three-game winning streak. Currently holding a 3-1 overall record, it has been Rice’s ability to prevail when trailing early in matches that has allowed it to secure games.

Despite losing the first set in two of their last three matches, the Owls have gone on to win. Leading Rice’s comeback successes is the remarkable play of junior outside hitter Leah Mikesky.

The Owls’ team MVP last season, Mikesky had a total of 407 kills in 2014. She seems to be on the same track as she leads Rice in kills with 59 and ranks third on the team in digs with 39. Mikesky’s ability to produce on both sides of the net has been vital as she is coming off a match-high 17 kills and has a team-high of three double-doubles this season.

Helping Mikesky shine on the court is the complimenting play of sophomore setter Madison McDaniel. McDaniel has been an absolute stud during Rice’s hot streak, recording 50-plus assists in each of the team’s last three games. Her total of 174 assists this season ranks third in the Conference USA as she averages 10.88 assists per set.

With potential to produce similar statistics, freshman Annie Hasselmann could be the Gauchos’ next household name at the setter position. Through three games Hasselmann has 53 assists, just three behind redshirt senior Hanna Nielson’s team-high of 56. After an exceptional college debut, Hasselmann believes no limits exist for UCSB and its capabilities this season.

“I really think that this team has really good potential,” Hasselmann said. “We have that fight. We have really good competitors, and I think that we can take down some tough teams this year.”

Santa Barbara begins its Saturday doubleheader with a morning matchup against Yale. The Gauchos prepare to face the Ivy League’s best team of the past half-decade.  Dating back to 2010, the Bulldogs are five-time Ivy League champions.

Yet to play a game this season, the reigning conference champions finished 2014 with an overall record of 18-8. Despite dominating the Ivy League, the Bulldogs didn’t have much success in the postseason as they were swept by Arizona in the first round of last year’s NCAA Tournament.

While Santa Barbara managed to control the tempo in last week’s wins, its loss against Pepperdine displayed the team’s need to be more efficient after 10 errors in the third set.

“The big thing is we just have to play cleaner volleyball,” Head Coach Nicole Welch said. “I am most looking forward to seeing them get better every match, every game, every point, and just learn from the past play and apply it to the next play. That’s a lot of the early season volleyball, the quick adjustments you can make, and that can help lead to a lot of success.”

UCSB ends its visit to the East with a match against Rhode Island. The Rams come into the Yale Invitational with a 2-1 overall record and are on a two-game winning streak.

Emerging as Rhode Island’s star player over the past three years, senior outside hitter Franki Darnold is on track for another stellar season. She is just 36 kills away from a total of 1,000 career kills, which would make her the ninth player in Rhode Island history to achieve the benchmark. Darnold ranks second in the Atlantic 10 conference in kills per set at 4.10.

For senior captain outside hitter Ali Barbeau, in order for UCSB to be successful this weekend, it’s the little things in addition to the team’s performance that matters most.

“We’ve worked a lot on communication,” Barbeau said. “Making sure we’re aggressive and really sure about who has what role. We’re really working on more energy, more communication, and staying aggressive.”

Santa Barbara opens the Yale Invitational versus Rice at 2 p.m. Friday, Sept. 4th and will end the tournament on Saturday, Sept. 5th  with matches against Yale at 10 a.m. and Rhode Island at 2 p.m.