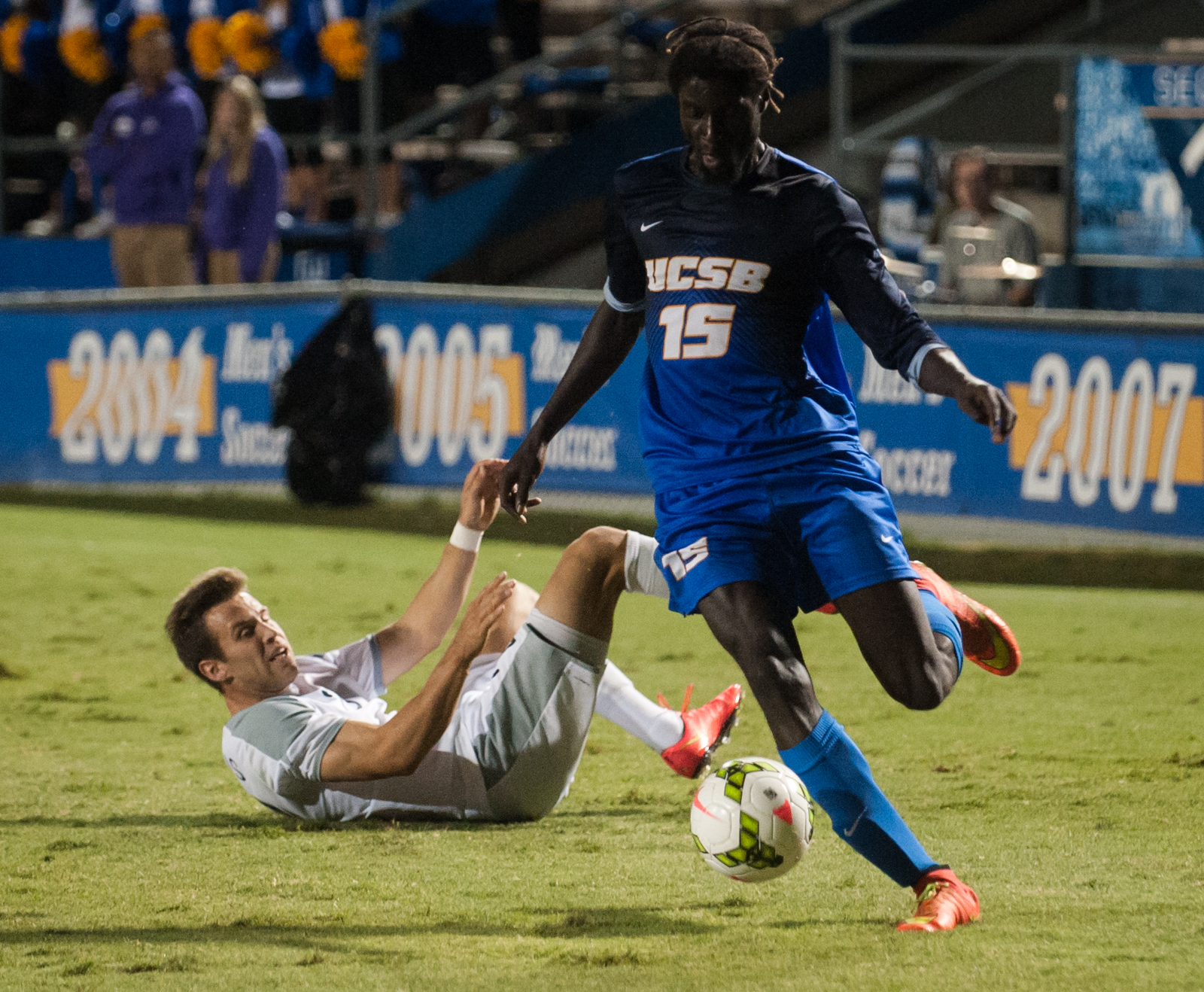 Soccer fans, rejoice – it’s that time of year again. “Soccer Heaven” returns to Harder Stadium this Saturday as the UCSB men’s soccer team plays its opening exhibition game against Westmont, giving both the team and the fans a first look at the newly reinforced Gaucho side.

“The key for the Westmont game is, number one, you want to win the game. But you also want to have your first players do the things that you’ve been working on in training,” Head Coach Tim Vom Steeg said. “It’s also the only game that you can play your younger players and get them an opportunity to see how everything feels out on the field. You hope you can do all of that in one game.”

The annual season-opening matchup, which has historically been dominated by UCSB, is the Gauchos’ only tune-up game before a hosting a difficult early-season challenge against Stanford next Friday.

“All the teams that have done well in the past at UCSB have gone out in this Westmont game and have won by six or seven goals, so obviously we’re looking to send a message in this game to our future opponents,” senior defender Duncan Backus said. “We’re just looking to do all the right things on the field so we can get a good result and send a message to the rest of the country that we’re here to play this year.”

Santa Barbara is coming off its second straight successful campaign in 2014 in which it finished the regular season with a record of 10-7-3 overall and 6-2-2 in conference, good enough to secure a first-round bye and home-field advantage throughout the Big West Tournament. Unfortunately, for the second straight year, the Gauchos fell by a final score of 3-2 in the Big West Tournament Semifinals, this time in a heartbreaker to UC Irvine, ending their hopes of making a run in the NCAA Tournament.

Ready to put last year behind them, the Gauchos are looking at this weekend as a welcome fresh start.

“In terms of the last couple years, to be frank, it wasn’t good enough. What’s expected at UCSB is a lot better than what we’ve shown.” Backus said. “We’re looking to put this program back to where it needs to be and that’s at the top of the country. Everyone’s taken great pride in the shirt and as long as we sustain that excitement, with the level of talent that we have here, I don’t see a lot of teams being able to compete with us.”

A big factor playing in UCSB’s favor this year will be the experience of its core group. Last year, the Gauchos saw a high number of underclassmen taking up a large share of the minutes on the field. While it may not have been an ideal situation at the time, the benefits from having key players receive all that play time should be clear once the season begins.

“The last two years we’ve played a lot of young players, so now we see the benefit of seeing guys who have played 55-60 college games,” Vom Steeg said. “We’ll certainly know more about ourselves on Saturday but I like where we are right now and I like the attitude that we have on this team.”

Perhaps the three most crucial of the “young players” from the last two seasons are now juniors in forward Nick DePuy, left back Ismaila Jome and midfielder Drew Murphy. DePuy made the move to forward last season and led the team with 10 goals, including six game-winners, making national headlines and earning himself the Big West Offensive Player of the Year award.

Jome and Murphy both shared the team lead with five assists apiece, helping earn them a spot alongside DePuy on this year’s Preseason All-Conference Team. UCSB also received seven out of eight first-place votes in the preseason coaches poll to win the Big West North Division for the third straight year.

“We’re in good shape in terms of having options,” Vom Steeg said. “Nick will be a center point of our attack, but unlike last year where if he scored we usually won and if he didn’t score we usually didn’t win, we’re going to have lots of different scoring options.”

Another issue which plagued Santa Barbara all last season was the impact of injuries on the team’s depth, particularly in the midfield. Halfway through the conference season, Vom Steeg was even forced to put sophomore midfielder Andy Perez, who had been redshirting the entire season, into the starting lineup.

However, luck has been on the Gauchos’ side thus far in the preseason in terms of their health.

“I think the question mark is going to be what we do out of midfield. I think we have some flexibility,” Vom Steeg said. “Coming out of training camp we have one injury, so we have 28 players available. We’re in good shape.”

UCSB kicks off the season with its annual exhibition against Westmont at 7:00 p.m. this Saturday at Harder Stadium.