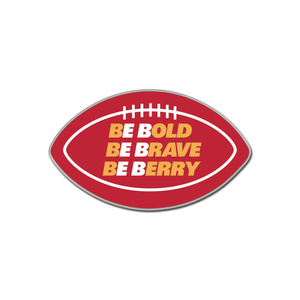 It’s a disease that we all fear, and hope to one day put to an end. Years and years of research has been done and continues as the search to discover a cure for cancer persist. It’s an illness that even the most healthful individual cannot predict to occur in their lifetime.

For Kansas City Chiefs’ strong safety Eric Berry, week six of the 2014 NFL season will forever be a life-changing experience. On December 8th, 2014, news surfaced that Berry was diagnosed with Hodgkin Lymphoma.

After missing the remainder of last season, Berry is set to make his return tomorrow night in the Chiefs preseason opener against the Arizona Cardinals. While it is not determined how much playing time he will receive, Berry has been making encouraging strides in training camp. Just last Thursday, Berry sent the sports world into a frenzy after making a diving interception during practice.

The fifth overall pick in the 2010 NFL Draft from the University of Tennessee, Berry has been a relentless force since entering the league. His hard-nosed, aggressive playing style allowed him to have an immediate impact as he earned the starting safety spot in his first season and has excelled ever since.

Battling cancer is an unfathomable challenge that one can only hope to survive. Berry’s fearless spirit while facing his battle with cancer is exemplary of a courageous warrior disguised as a football player.

The grueling treatment of chemotherapy is a process that usually causes the physical and psychological strength of cancer stricken individuals to plummet. However, for Berry the time spent during recovery was a period that displayed his dedication and commitment to not surrender.

During each chemotherapy session, Berry had an IV inserted into his body in order to work out while under treatment. By the end of his treatment, Berry was one pound heavier than when he first was diagnosed.

Berry’s superhuman abilities may set him aside from others, but he has become another example for people worldwide. His devotion while on his road to recovery is motivation for individuals that are ill or healthy to never take life for granted and to embrace its challenges.

While Berry’s health and ability to persevere is paramount in him getting back on the field, the NFL’s support during his absence was just as important. Players, fans, and teams all over the league joined in support of the “Berry Strong” campaign. Most notably, t-shirts boasting the slogan of “Be Bold, Be Brave, Be Berry,” became a popular choice of support by many.

Of course we’re all glad to see the return of football with the NFL preseason, but tomorrow night’s game has an overarching importance that goes beyond the field. It’s the brotherhood and unity within the NFL that will be in full effect tomorrow as we all welcome Eric Berry back.

Berry’s recovery continues as he works himself back into the first-team All-Pro, three-time Pro Bowler that we know him to be. While it may take a while to return to that elite level, expect Berry to prove any limitation upon him wrong.