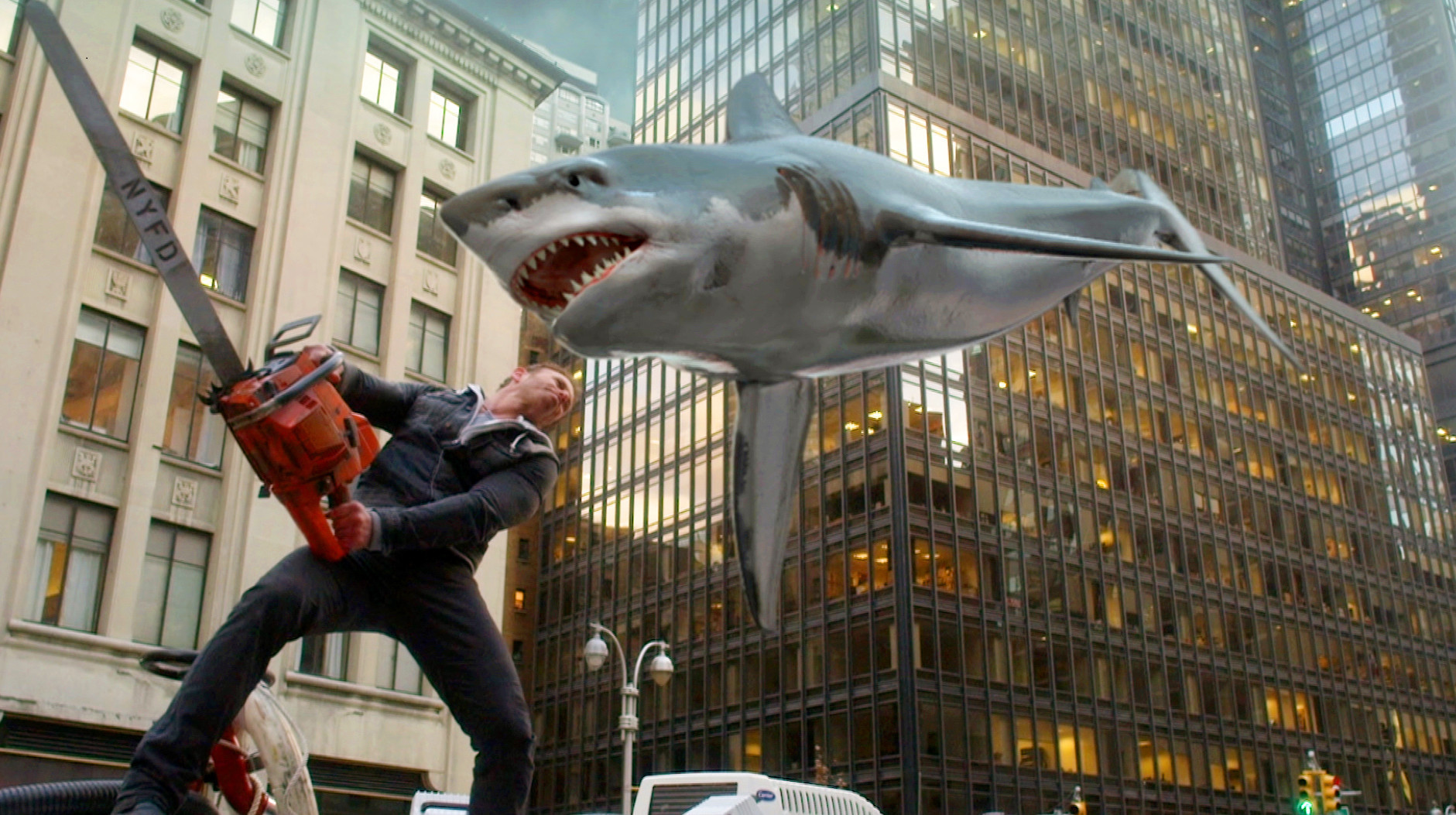 The way I saw it, I had one of two options: see “Pixels,” a movie that I knew I was going to hate and give more of my money to the hellspawn that is Adam Sandler in the process, or see “Sharknado 3: Oh Hell No!,” a movie I knew would be so bad I’d love, for free.

For a bit of background, the “Sharknado” movies have been produced by the Asylum, a film company whose modus operandi has been to rip off popular movies and give their directly-to-DVD films similar titles in the hope that the average consumer will be too stupid to notice (“Transmorphers,” “Abraham Lincoln vs. Zombies,” etc). And having seen a couple of them, I can vouch for their universal ineptitude. The “Sharknado” series, however, ups the originality while keeping the production values at more or less the same level of shit. The first “Sharknado” was so bad it was hilarious. “Sharknado 2: The Second One” at least embraced its craziness and had fun with it. “Sharknado 3: Oh Hell No!” is a decent mix of the two.

As a bad movie connoisseur, I was practically ecstatic about this movie. “Sharknado” is one of those types of films that you watch to mock and laugh at its stupidity. And I laughed. I laughed a lot. The effects look like they were ripped from a PS2 game and the story still makes about as much sense as … well, the last two movies. And, of course, all the random lunacy: shark statues coming alive, mascara bullets, the sharkicane. The only way to describe “Oh Hell No!” is ludicrous. In a good way! If you’re of legal drinking age, I guarantee you will enjoy this batshit insane affair exponentially more than those of us too lazy to get fake IDs.

But you have to remember that when you take the bat away, you have something else entirely. I’m not particularly happy that all the advertising promised this was a Washington DC-set film; that lasts maybe ten minutes before the opening credits. In an eerily similar move to “Jaws 3,” the movie spends most of its time at a theme park (come and spend a day with us and get eaten by sharks, too!). Universal Studios Orlando, in this case, is where we spend good chunks of time watching the protagonist’s daughter going on the rides and interacting with a bland boy she happens to meet, while her pregnant mother (Tara Reid) is off wondering about what she’ll name her unborn child. It’s not crazy, it’s not compelling, it’s boring to the point that I had to scream into a pillow to let out my frustration.

Oh, and speaking of Tara Reid, get rid of her already! She’s always been the one constant dragging “Sharknado” down; her character sucks and her acting sucks harder. All April does is nag Fin (Ian Ziering) whenever he’s about to do anything badass and heroic and stare slack-jawed at everything else that’s happening around her. And speaking of poor female protagonists, Nova (Cassie Scerbo) returns from the first film. She has one fleetingly badass scene before devolving into eye candy. Apparently, she only wants to wear body-armor on her back, as she keeps her top zipped open for the rest of the film, exposing her ample cleavage to the world in SyFy’s most desperate attempt to retain an audience yet (after making these movies, of course).

And speaking of returning characters, “Oh Hell No!” brings back various real-life celebrities as well as a plethora of new ones for a variety of brief cameo roles ranging from unimaginative to crowd-pleasingly proper. While Penn and Teller don’t do much besides getting squished, if any “Game of Thrones” fans want recompense for the death of everyone’s favorite curly-haired emo, then they’ll be pleased to see a certain bearded author being eaten alive. But if you’re going to get Ann Coulter — probably the most hateful woman in American media — into your film, at the very least give me the satisfaction of watching her being slowly eaten alive by a great white.

“Sharknado 3: Oh Hell No!” is by no means a good movie. It looks like crap. It’s paced like crap. Ninety-four point three percent of the dialogue is crap (I counted). It’s a true turd of a B-movie, but this turd just happened to dress itself up in a tuxedo and go on a bloody shark mass-murdering spree while wielding a laser-chainsaw and giving the finger to film snobs like moi. It has no shame and it’s proud of it.

May the Great Blueberry Muffin bless this sublime travesty. And if that sentence made no sense to you, you ain’t seen nothin’ yet.

Alex Wehrung is seriously considering getting a Twitter account to vote for that character to be killed off.