With NBA Free Agency in full effect, the excitement surrounding NBA headlines of the latest player signings and trades has been a wonderful start to the month of July. The 2015 NBA Draft took place two weeks ago on June 25th, and the month of July becomes even more intriguing as it marks the beginning of the NBA Summer League.

Taking place from July 4th-20th, the NBA Summer League is an opportunity for rookies and other young talent from overseas and the NBA Development League to showcase their talents in hopes of making the cut of an NBA roster.

While spending Independence Day watching these Summer League games, it seemed only right to create a personal “Top 5” class of this year’s draft picks. 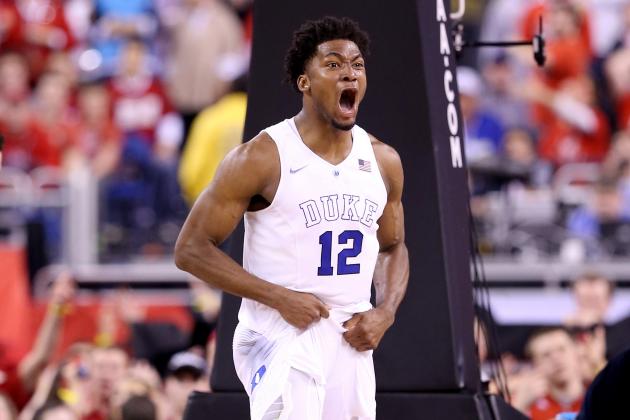 As one of the three freshmen in Duke’s starting lineup this past season, Winslow was the steal of all lottery picks. His versatile skillset enables him to play on the wing or small forward position as he can defend and produce offensively on both ends of the court. Winslow’s “x-factor” role in the Blue Devils lineup was the necessary piece to their championship run. The NCAA Tournament is where he shined most as he averaged 14.3 points, 9.3 rebounds, 2.7 assists, 1.7 blocks and 1.5 steals per game.

While Winslow is a great slasher and on-ball defender, improving his shooting range is the next step to his NBA transition. It’s a surprise that Winslow slipped to the No. 10 spot, but the Miami Heat are smart for drafting a player of his caliber. Playing in the Eastern Conference, the Heat are already talented enough to contend for a top spot. With the return of shooting guard Dwayne Wade, forward Luol Deng, guard Goran Dragic, and a healthy power forward in Chris Bosh, Winslow could not be in a better situation that could continue his winning in college to the pros. 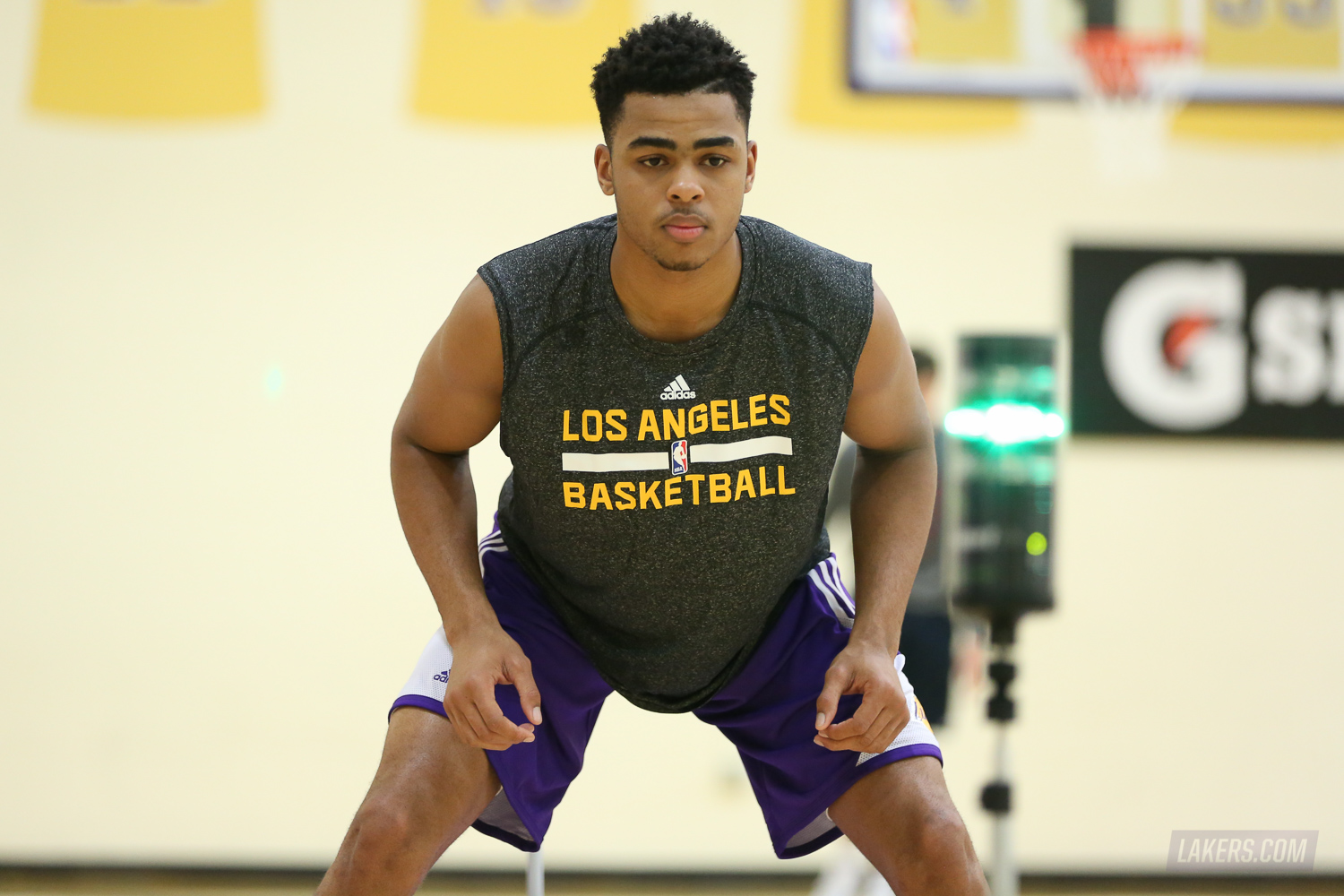 Not even recruited by his own hometown college of Kentucky, Russell made the most of his opportunity as the lone star at Ohio State. The only Buckeye to enter this year’s draft, the Lakers’ No. 2 overall pick should not come off as a surprise.

With Kobe Bryant entering what many expect to be his last season, the Lakers are hoping to win now with a team that is currently in the process of rebuilding. Drafting Russell gives Los Angeles some hope in ensuring that the Laker dynasty will not plummet to rock bottom as he entered the NBA Draft as the player with the most superstar potential. Not to mention, his outright claim of being the “best player” in this year’s draft is encouraging for a Laker team that, according to Mr. Bryant himself during a scrimmage last season, was “soft as Charmin.”

For all my analytics seekers out there, Russell is one of three freshman (Danny Ainge and Kenny Anderson) in NCAA college basketball history to average 19 points, 5 rebounds and 5 assists per game. While there are some complaints floating around about the lefty’s athleticism, Lakers’ fans should be proud of their front office for selecting Russell. Not only is Russell a talented player, but the opportunity to learn from a champion veteran such as Bryant is very valuable. Considering this upcoming season will likely be Kobe’s last, who knows? Maybe the “Mamba” and Russell are a good enough backcourt to help the “LakeShow” get back to its winning ways. 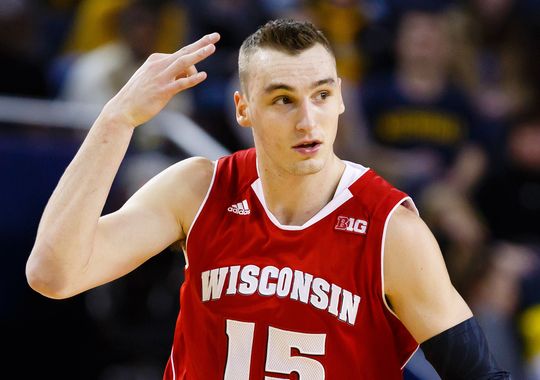 Despite a disappointing 12 point performance in the Final Four Championship game in which he shot 0 for 6 from behind the three point line, Dekker is a solid addition for the Houston Rockets. During the regular season, Houston led the NBA in three-point field goals made at 11.4 per game and attempted at 32.7. However, the Rockets’ field goal percentage from downtown suffered as they shot 34.8 percent from behind the arc. With a streaky player such as James Harden taking a majority of these three-point attempts, not being able to fully depend on players like the aging Jason Terry, Trevor Ariza, and Corey Brewer can be troubling as seen in this year’s playoffs.

Dekker is known for his “let it fly” shooting style and could become that go-to guy for the Rockets. Since the departure of Chandler Parsons, Houston has yet to find a legitimate scorer other than Harden. It’s obvious that Dekker must become more of a consistent scorer in order to be effective in the Rockets’ rotation. Houston must utilize Dekker as more than a spot up three-point shooter – he has the size to put the ball on the hardwood and get to the paint. 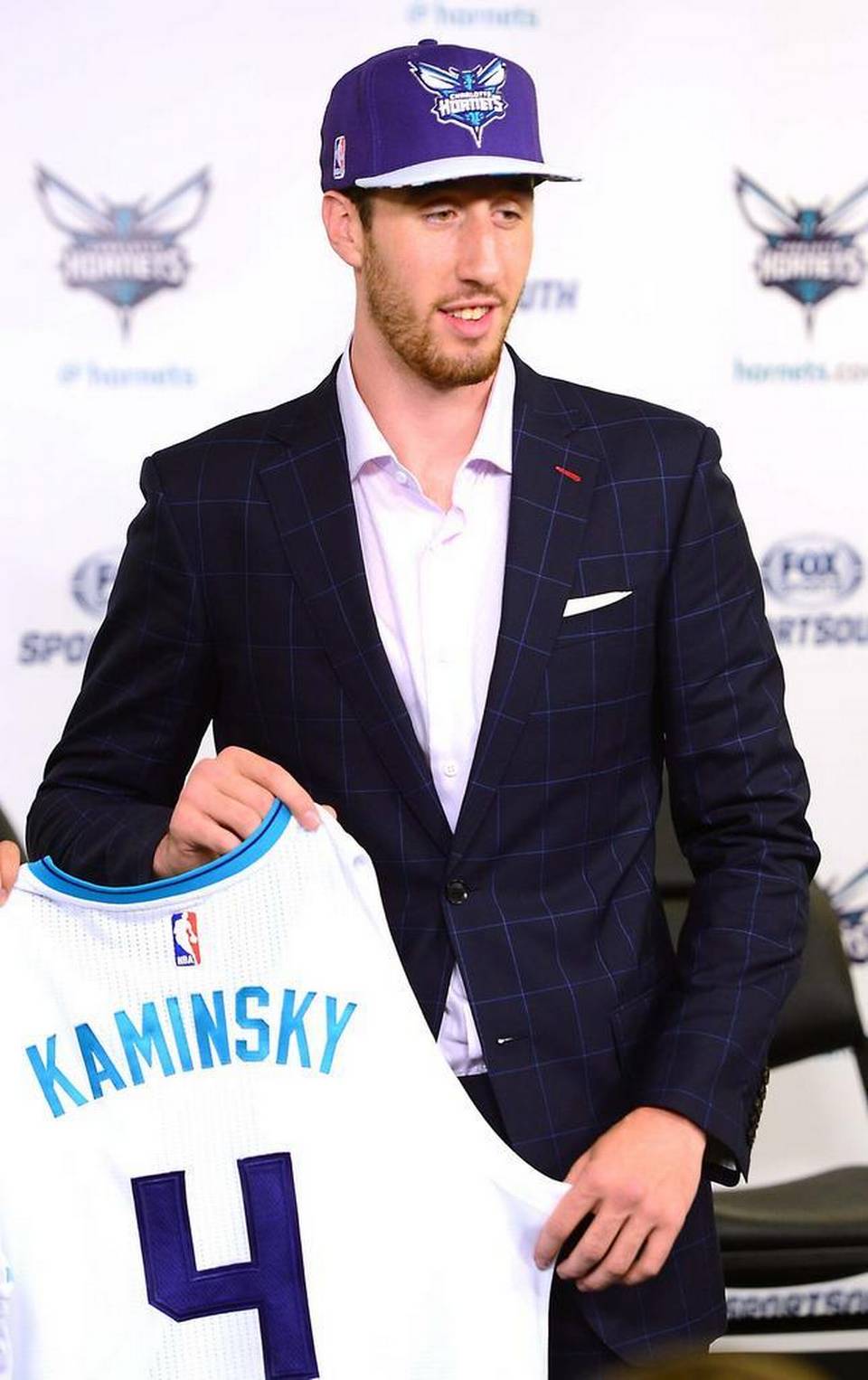 They say “slow and steady wins the race,” but in today’s basketball world the one and done movement has revamped the sport of college basketball. However, Kaminsky is the prime example of a player that stayed committed to developing through a four-year process. But, it wasn’t until his junior year that “Frank the Tank” became a prominent name in the Wisconsin basketball program. His freshman and sophomore years resulted in nearly 10 minutes of play and 5 points per game.

Helping lead Wisconsin to its second consecutive Final Four appearance, Kaminsky’s senior year was the best season of his collegiate career. He was the only player in Division I basketball this season to average at least 17 points, 8.0 rebounds, 2.0 assists, and 1.5 blocks per game. Kaminsky had such an outstanding year that he became the first player in Wisconsin history to win the National Player of the Year award. Charlotte’s addition of Kaminsky to its depth chart finally gives the Hornets a big that can stretch the floor, which could create more scoring opportunities for point guard Kemba Walker. While center Al Jefferson is capable of posting up on the block or knocking down some 15 to 20 feet jump shots, he does not possess the same shooting range to spread the floor like Kaminsky. Not given much credit for his niftiness when driving the ball, Kaminsky has the potential to be a stretch four as a duo with Jefferson.

We all know Kaminsky has the full package, but he will need to increase his strength and build upon his frame to become more of a force in the paint. Regardless if he makes it into Charlotte’s starting lineup, Kaminsky will definitely improve the team’s offensive play as the Hornets ranked 28th out of all 30 NBA teams in offensive efficiency at 97.6 points per 100 possessions. 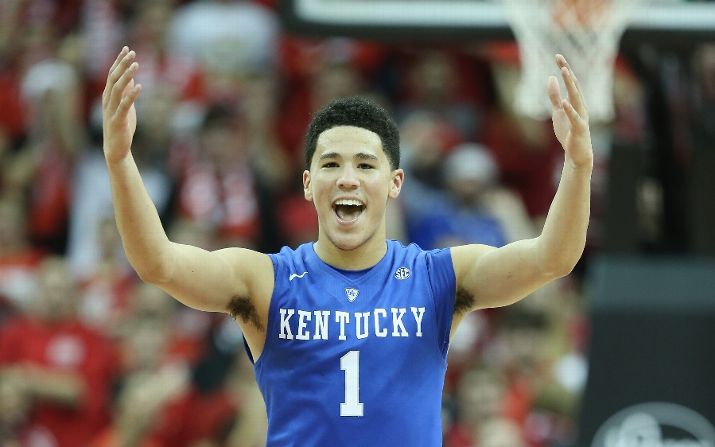 Considered as the best shooter in this year’s draft, Booker has a lot to offer but did not have the opportunity to showcase his full range of talent as a Wildcat. While at Kentucky, Booker’s role as sixth man was to come into games and be a spot up three-point shooter. In a year in which he averaged 10 points per game, Booker earned SEC Sixth Man of the Year honors and was elected to both the All-SEC Freshman Team and All-SEC Second Team.

Many have compared Booker to Golden State shooting guard Klay Thompson. Both share pretty similar body structures concerning height and weight, but Booker also faces the same concern as when Thompson entered the league. While we all know he can shoot the ball, the Suns’ are hoping that they can make Booker more of an offensive threat by expanding his driving abilities. While guards Brandon Knight and Eric Bledsoe are the primary leaders of Phoenix’s scoring, the Suns should be able to find a way to implement Booker into their gameplan.

Of course there are other draftees that could have made this Top 5 list, but when forming this class of players there is more than talent being evaluated. In addition to skill and athleticism, players assumed to have an immediate impact were chosen. Since centers Karl-Anthony Towns and Jahlil Okafor were two of the most hyped picks in this draft, placing them on this list was avoided.

Regardless if the players selected to this list are busts or stars in the NBA, only time can tell. Even if some fans are not satisfied with their team’s selection, at least we can all appreciate that each year we are watching a generation of basketball players that are rejuvenating the game of professional basketball through the draft.

This has always been the business of the NBA: http://killingthebreeze.com/paper-chase-business-of-the-nba/