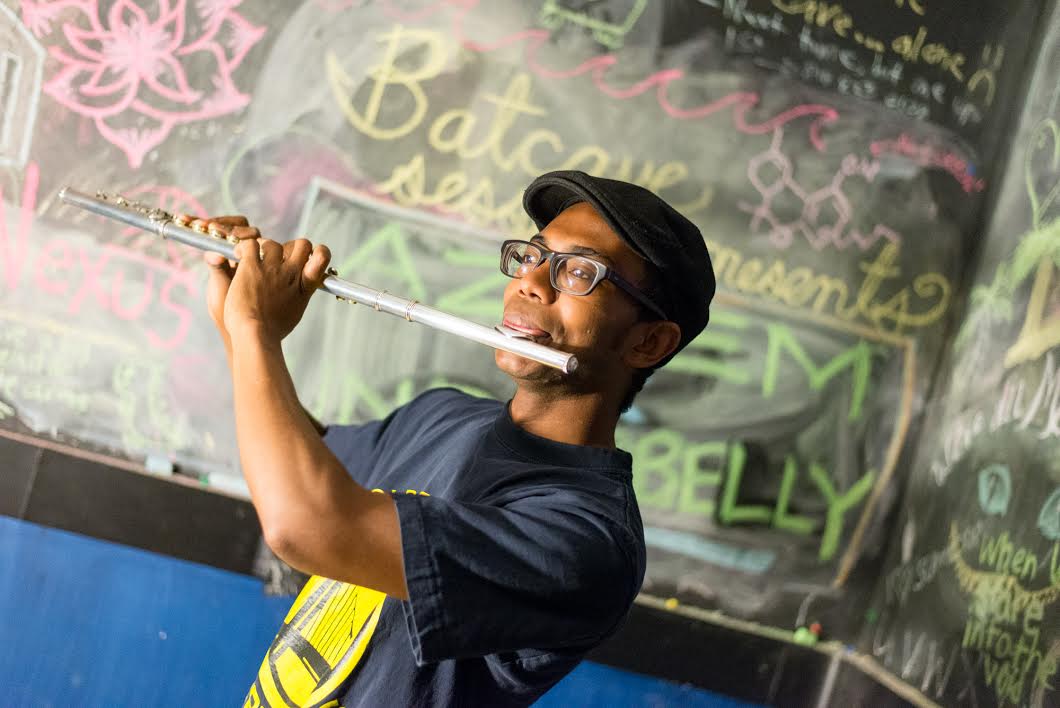 This newfound fame signified two changes in Azeem’s flute career: an explosive increase in serious attention to his musical aptitude and the meeting of his musical partner, electronic music producer Timmy Linetzky. Linetzky, stage-name Underbelly, is a third-year communications and film & media studies double major at UCSB and a seasoned DJ (he’s opened shows for big names such as Giraffage and Bone Thugs-n-Harmony, to name a few).

The newly-formed, experimental, flute-centric, synthesizer-jazz duo took a break from tour-planning to have a quick chat about their future musical exploits and add some Azeem X Underbelly flare to the Daily Nexus Batcave.

Alex Bocknek: How did you two meet?

Timmy Lintezky: There’s this group called UCSB Amplified that recorded videos of a bunch of different musicians in and around UCSB. We each did a video and I’m pretty sure I remember seeing [Azeem.] I don’t think we ever said anything to each other.

Azeem Ward: It was like a mean glare. [chuckles]

TL: Yeah, definitely a mean glare. I was like, “Pshh … flute.” [chuckles] A week after you blew up, you were doing the open mic at Gio’s and it was different from what you did at the Amplified video. It was like a hip-hop, beatbox flute performance. I approached you and I was like, “When are you free to jam?”

AW: And the rest is history.

AB: What’s this I hear about a tour?

TL: About a week after I met Azeem, he asked me if I wanted to go on tour with him in the UK. I said, “Uh … fuck yeah.” I didn’t think you were serious. You said, “This promoter hit me up for this gig from the University of York. It was gonna be their version of Extravaganza in this huge racetrack with thousands of people. But then you said, “We’re gonna have to come up with 40 minutes of material in a week.” It fell through, but it’s given us time to work on material for future gigs in the UK.

AB: So is Timmy the tour manager?

TL: He has no idea what he’s doing. [chuckles]

AW: I have never been in this scene. This is all new to me. I’ve been playing for 12 years. The music we’re doing, I’ve only been doing for a few weeks. As for gigging, I’ve never needed a rider. It’s like jazz concert style.

TL: He was feeling very stressed the other day about legality issues and contracts.

AW: Our plan is to go on a tour in July. A normal tour takes four to six months to plan out. We’re trying to do that in two weeks. That’s why I’m overwhelmed. [chuckles]

AB: So you’re going to the UK?

TL: I hope it doesn’t blow over by the fall.

AB: Let’s forget the tour for a bit. Where do you all see your sound progressing in the coming year?

AW: I always really wanted to do orchestral music for the longest time, but now it seems unsatisfying. Audiences are dwindling. You come and play the same rep every year and it feels like an office in five years. Auditioning — I don’t like trying to be perfect. Together, we wanna do covers that have different feelings, but also have a melody. The flute will bring that melody back together.

TL: In the future, we are looking more towards jazz and hip-hop stylings where I’m on keyboard so that we can create arrangements that are a little more expansive.

AW: Right now, we don’t even know where this is going. We’re just taking this one cover at a time.

TL: We’re still figuring out where each other’s heads are at.

Although the future of the UK Azeem X Underbelly tour may be uncertain, these two are going places in the near future. Their jazz-bounce signature covers, “MTV Pads/SexyBack” and Ciara’s “Body Party,” offer hypnotic knee-bob-inducing backbeats broken only by Azeem’s high register runs up and down his famed flute. The space-age jazz created by this unlikely pair is equal parts innovative and groovy and there’s more to come. 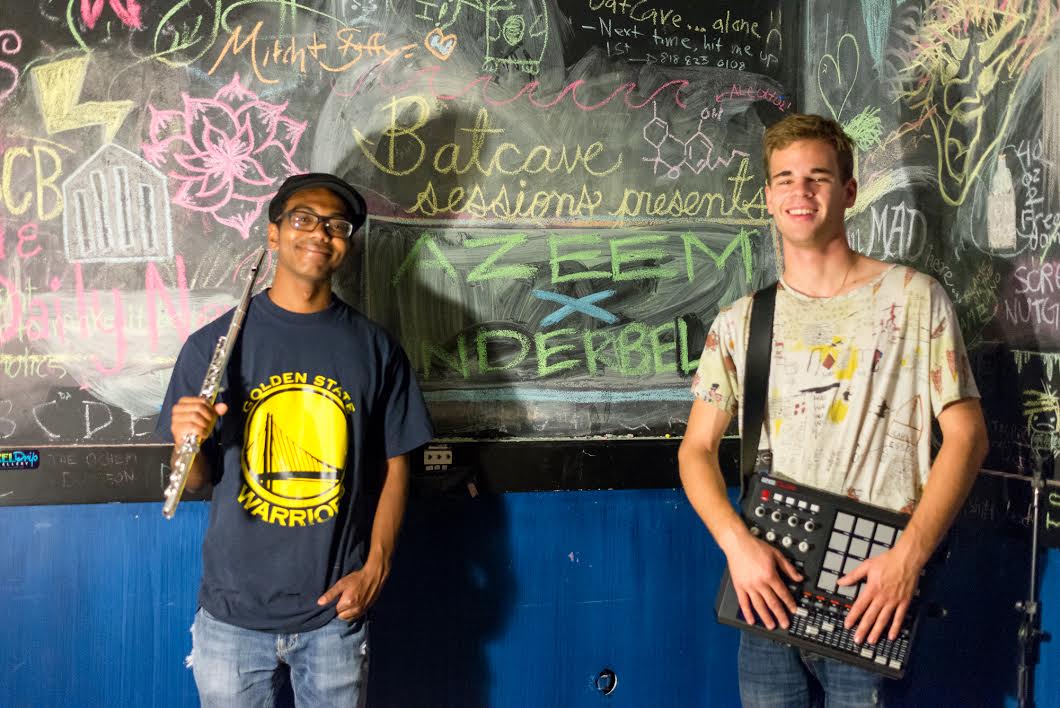 Check out their Batcave Session below: