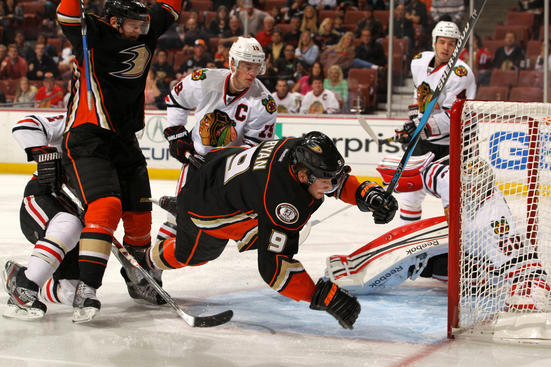 Quite a few teams found their names in the headlines this week as three different teams from around the NHL hired new coaches.

The Maple Leafs made the most noise as “Canada’s Team” was able to pry Mike Babcock away from the Detroit Red Wings and name him the franchise’s new head coach. Babcock admitted that it may take time but he wants to bring the Maple Leafs back to prominence, and fans in Toronto will undoubtedly have a keen eye on every move their new coach makes.

The Flyers went a much different route in hiring Dave Hakstol as their new coach. Hakstol coaches the North Dakota University Men’s Ice Hockey program, which has consistently been one of the best in the nation since he took over. It is a high risk, high reward move as Hakstol has quite a few weapons to play with in Philadelphia and if he can get his players to gel, then this move will be genius.

The third team to change coaches was one currently in the spotlight for having the top pick in the NHL Entry Draft. The Edmonton Oilers named Todd McClellan as their new head coach, just weeks after he mutually parted ways with the San Jose Sharks. McClellan has not had much playoff success, but for an Oilers organization that needs anything to smile about, his strong regular season record speaks for itself.

All in all, while every team is doing whatever it takes to win the 2016 Stanley Cup, the four remaining teams in the playoffs had an epic week of playoff hockey that saw multiple overtimes, great saves, and jaw-dropping goals. Recap:

Chicago Blackhawks vs. Anaheim Ducks (3-2 Ducks)- Man, has this series been unbelievable. The Ducks came out flying in game one but then lost 3-2 in a wild triple-overtime thriller in game two. The Blackhawks have relied on the skill of their top-line, as well as big-game experience to make it to where they are now. Chicago is now the first team in NHL history to win four multiple overtime postseason games, which shows the grit and poise to have what it takes to win big games. Anaheim has been the dominant team throughout the series; however, they have been unable to put the Blackhawks away.

The Ducks squandered a two-goal lead with less then five minutes to play in game five on Monday, but were able to bail themselves out on a Matt Beleskey goal 45 seconds into overtime. Chicago simply does not have the depth that Anaheim does and the heavy reliance on stars like Patrick Kane and Jonathan Toews may be too much for Chicago to overcome. The Blackhawks will have to avoid falling in holes like they have been lately and the hometown boys will have to come out flying in game six or their season could be over. Frederik Andersen has not been lights out but he has done enough to win games and I believe that the top-to-bottom firepower of the Ducks will be too much for Joel Quenneville’s squad to handle.

Tampa Bay Lightning vs. New York Rangers (3-2 Lightning)- Last week I dedicated a majority of this recap to gush about Rangers’ goaltender Henrik Lundqvist. He immediately allowed six goals in both games two and three and allowed the Lightning to take advantage of the series. Lundqvist may not be getting the job done for the Rangers, but across the rink Ben Bishop has begun to shine for Tampa Bay. The Lightning had the NHL’s most electric (no pun intended) offense throughout the regular season and have been continuing to terrorize goaltenders in the playoffs. With a solid defense and fast-improving goaltending, Tampa Bay is a well oiled machine that may overpower the Rangers in game six when they come to Florida on Tuesday. It is currently shaping up to be Tampa Bay vs. Anaheim and I believe that the Lightning will be the first team to punch their ticket to the finals by defeating the New York Rangers on Tuesday night.