The Daily Nexus
Music
Robert Plant & The Santa Barbara Bowl Shifters
May 28, 2015 at 11:34 am by Alec Hartnett 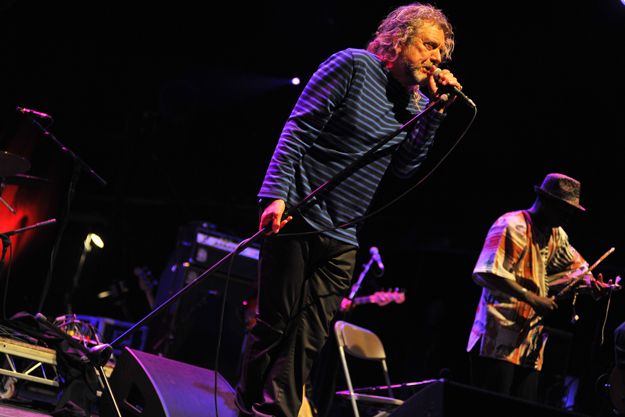 Bring us that low-strumming guitar, the solid percussive drum beat, the humming bass and the electric switches and mixes. This upcoming weekend, on May 31, Robert Plant, legendary rock icon, and his band the Sensational Space Shifters will swing through the Santa Barbara Bowl in new-age classic rock fashion. Celebrating his first original work in almost a decade, this tour is centered around his latest album, lullaby and… The Ceaseless Roar.

Plant describes this new album as “a celebratory record, powerful, gritty, African, Trance meets Zep.” A more perfect phrase could not be used to illuminate the strangely mysterious yet very familiar sound of the album. At times it feels like you are listening to a soft Two Door Cinema Club track while the following song resembles Chinese Man, as awkward as that might seem. There are moments in certain tracks, like “Arbaden (Maggie’s Babby)”, where within the first minute, Plant and the Shifters shift your ears through multiple gears of genre: electronic to ambience electro to tribal African spiced with rock and roll.

The truth of it is that since beginning his solo career, Plant has spent most of his years touring and visiting countries to acquire a certain texture for his work. However, his voice and demeanor on the album maintain that classic rock, Zeppelin feel that the world fell in love in the late ’60s. This is not to indicate that his Led Zeppelin past overshadows his current and most recent creations. In fact, this only accentuates his capability to be a master outside of his usual element.

Plant has managed to ride the wave of technological and musical evolution. He has managed to adopt a musical design that evokes a Massive Attack sentiment, blending genres and fusing that coalescence to electronic music. Daft Punk also springs into mind while listening to the first track on the album, “Little Maggie.”

This impressive audio spectacle is as surprising as it is revealing. Plant moves his vocals smoothly over vulnerable lyrics. No love is lost for “the greatest voice in rock” as he seemingly effortlessly glides from tour to tour doing exactly what he loves most. Are we at the Bowl ready?