The Daily Nexus
Music
Chromeo and The Glitch Mob to Infest SB Bowl with Electro-Funk
May 28, 2015 at 11:47 am by Devon McNaughton 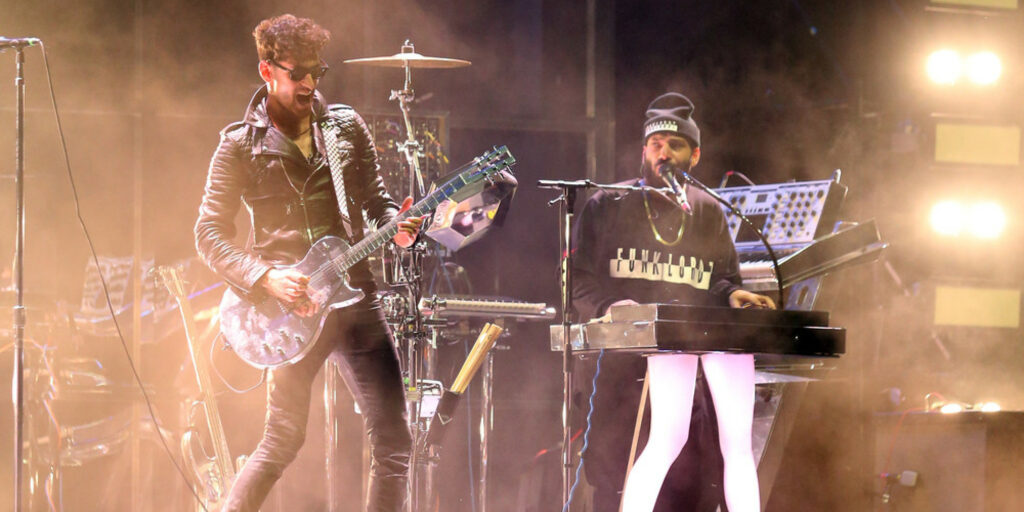 Funk lords Chromeo are taking last year’s successful “Funk on the Rocks” show on tour — this time, in addition to Denver’s Red Rocks Amphitheater, they’ll hit several of the West Coast’s most iconic venues omitted the first time around. Of course, that includes our very own Santa Barbara Bowl. Glitch-hop idols, The Glitch Mob, will co-headline the bowl alongside Chromeo this Saturday, supported by vintage synth-freak Com Truise.

Chromeo released their fourth studio album White Women last year, which climbed to the number one spot on the iTunes charts. The Canadian duo also performed at many festivals including Lollapalooza, Outside Lands and Sasquatch. Comprised of Dave 1 (David Macklovitch) and P-Thugg (Patrick Gemayel), Chromeo has become known and revered for their shiny ’80s revivalist electro-funk sound. The Hall & Oats and Klymaxx on the duo’s musical tone is glaring. Churning out danceable tracks ever since the success of 2004’s breakout single “Needy Girl,” the pair has perfected an aesthetic of gleaming, plastic-y pastiche.

2014 also proved fruitful for The Glitch Mob. Their long-awaited sophomore album Love Death Immortality debuted at number 1 on the Billboard Dance/Electronic Songs chart. On top of that, 2014 saw the completion of the group’s interactive instrument and art installation aptly titled the Blade. According to their website, the Blade “resembles a futuristic machine of violent design, with which they pair custom software that allows them to switch live roles on the fly, like a traditional rock band that — instead of swapping solos — can trade off entire instruments mid-song.” The new tech should make their live show a real treat.

The L.A.-based Glitch Mob is composed of edIT (Edward Ma), Boreta (Justin Boreta) and Ooah (Josh Mayer). Utilizing live laptops and MIDI controllers, the group made a name for themselves starting in the mid-2000s with their uniquely glitchy spin on electro-house. Their hip-hop influenced, deeply bass-driven sound has been compared to Aphex Twin and Autechre.

Com Truise is a cherry on the already impressive bill gracing the Bowl on Saturday. Ticketholders can expect Truise’s meticulously layered chillwave to serve as a very fitting warm-up for this evening of high-energy grooves. The New Jersey-based producer (whose real name is Seth Haley) also draws heavily on ’80s styles in his cleanly crafted computer pop. On his website, he compares himself to Joy Division, New Order and the Cocteau Twins, “but it’s like you’re hearing them through the motherboard of a waterlogged Xbox — demented and modern.”

This exhibition of high-energy electrified soul music will surely induce involuntary jamming in even the most reserved concert-goers. Get your tickets and join the party at sbbowl.com/concerts/detail/chromeo.