The Daily Nexus
On the Menu
Upcoming Isla Vista DIPA Festival will Quench Insatiable Hop Cravings
May 27, 2015 at 5:00 am by Allison Wright 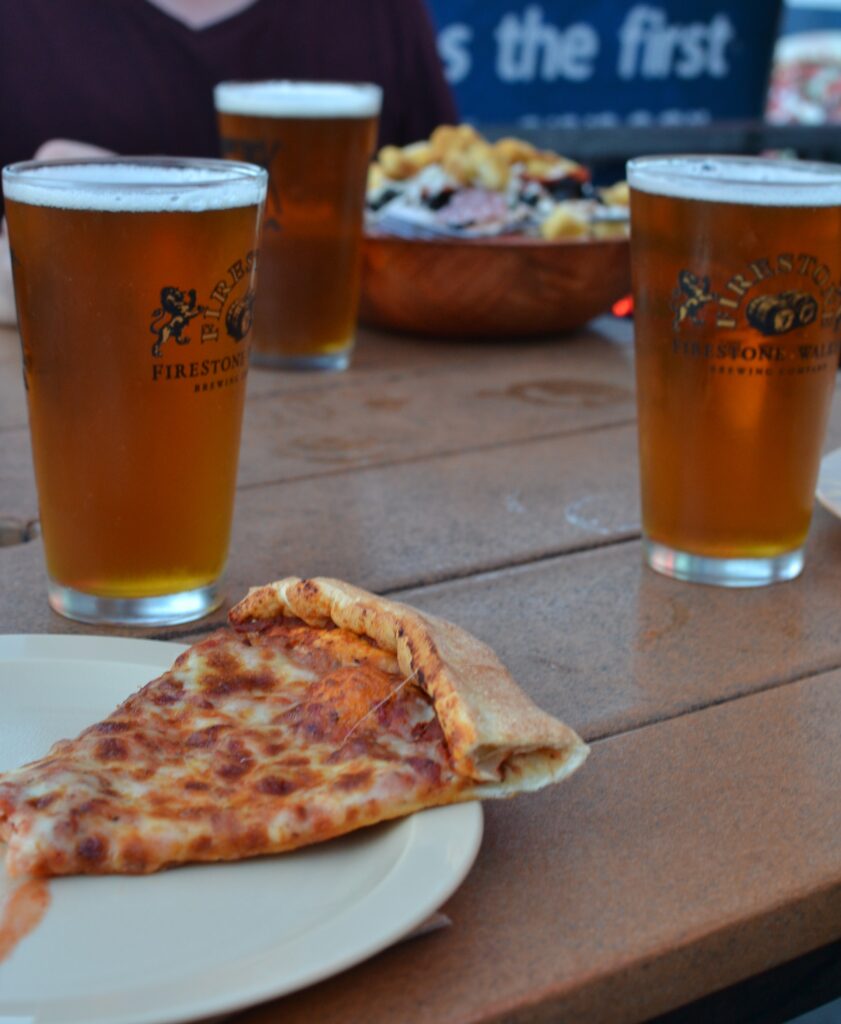 Discount slices and a dozen DIPAs, including Firestone Walker’s Double Jack, will be available this Saturday at Woodstock’s Pizza. Allison Wright/Daily Nexus.

Those restricting their alcohol consumption during dead week and looking for one final day of raging before the end of finals, rejoice! This Saturday, Woodstock’s Pizza will host the first-ever Isla Vista DIPA Festival, where Double India Pale Ales will take over the taps on May 30 for the entire day.

Double IPAs, also known as Imperial IPAS, double or sometimes even triple the amount of hops in a typical IPA, as well as increase the amount of malt to balance the flavor. The resulting high-ABV beer is a hop head’s dream: extra hoppy and particularly dank.

To build on this foundation of American craft beer, Woodstock’s will offer $8 flights, consisting of your choice of four out of 12 different DIPAs, including local favorites such as Figueroa Mountain’s Lizard’s Mouth, Firestone Walker’s Double Jack and Island Brewing Company’s King Tide. They will also pour El Segundo’s Hammerland (an 8.6 percent double likened to Pliney the Elder that received a 94 from Beer Advocate) and Ballast Point’s 92-point Dorado, as well as Ninkasi’s Tricerahops, which was the first craft beer served at Woodie’s.

“I want to educate people about beer, get them into it,” Glover said. “I want them to transition from Shock Top to hops. Its got a spicy bite, but it’s still pretty drinkable.”

Tasters are encouraged to bring friends along, both for fun and to avoid too much DIPA to the dome (tasting all twelve beers amounts to an entire pitcher). There are no limits to the number of team members sharing a flight, and each participant will have the chance to rate the beers that they taste and the highest voted will receive an award.

T-shirts commemorating the inaugural festival will be available for $10 or $6 with the purchase of a flight. Slices will be discounted for the entire day and Nintendo 64 Super Smash Bros. and Mario Kart will occur at 1 p.m. and 3 p.m. respectively.

If the N64 games are not a clear enough indication, Glover, who hopes that the event will expand to multiple business in the future, says that the day is not about serious, high-falootin’ beer tasting.