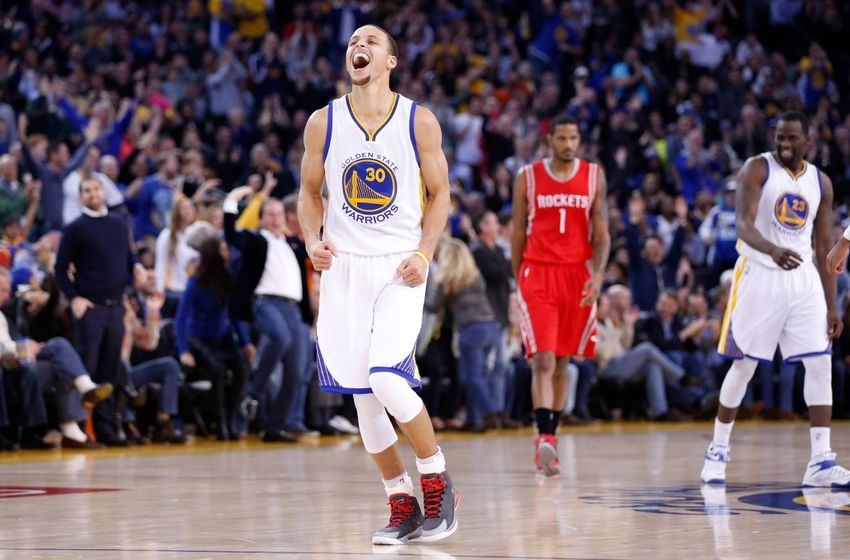 We are now a minimum six games away from the finals, but surely all of us will be hoping that we see another 12 meetings between each side’s top 2 seeded teams. Luckily for us, the intimacy of what we have seen so far may just prevent any chance of a sweep on either side.

The matchup between the MVP and the runner up has been exactly that so far in the series. In their first bout, the man who took home the trophy also took home game 1.

Curry went off for 34 points and Harden trailed close behind with 28, but nearly had a triple double as well. The Beard was definitely feared in game one but his supporting cast just couldn’t push the team over the mark like Steph’s could, and that may be a theme of this series. The Rockets really held on to game one for a long time, leading by as much as 16, and then it seemed that it all disappeared simply when the Warriors decided to start playing for real. Almost like they could just turn their talent off and on. With Steph at the helm and some support from the usual faces, they somewhat walked to a win despite never really leading by much. To sum it up, the Warriors took a handed victory that was only a margin of 4 points.

A huge credit has to be made to Steve Kerr for this first victory with his sketchy lineup configuration that somehow set his team on a 21-4 run at the end of the half. At center Kerr played Draymond Green, who of course is talented defensively, but none-the-less is still the same height as our Alan Williams and not even the Big Gaucho himself could shut down Dwight Howard. But Draymond held tight as you can see by the microscopic four points scored. Golden State had the Rocket’s number no matter what the situation was.

Like I said before, I do not think that this series will be a sweep by any means, but I do see a handed victory for the Warriors in the near future. It’s just been one game but right now they seem to be in the driver’s seat and if Dwight is unable to come back from the pains that forced him to leave, it will be a shame that we aren’t watching the Clippers play right now instead.

Just as I’m sure many of you suspected, the series has been quickly taken under control by none other than…

The King dropped 31 points and was joined by a streaky JR Smith to lead Cleveland to it’s first Eastern Conference Playoff win since LeBron wore a headband on his actual forehead, or even just period at this point.

While James handled his work a little more quietly, doing his usual thing, JR Smith is the one who will be taking home the game ball from last night. The amount that he scored and the way in which he did it really sparked some great basketball from the rest of his team. Smith made a total of eight threes off of 8-12 shooting from behind the arch. He totaled 28 points giving him and LeBron 59 of their team’s 97 points, or a whopping 60 percent. Thompson and Mozgov snuck in a combined 24 points and did a majority of the glass work to help the cause as well.

The good news for Atlanta is that JR Smith is as streaky on the court as he is on social media and in the real world. With that being said, I would be more than willing to bet that he has another incident involving “Getting the Pipe” before he comes close to another phenomenal shooting performance like this.

Regardless of the supporting cast, it is clear that Lebron is playing with the necessary urgency that for his beat up team to win a ship, over the Warriors for that matter, they must get there with plenty of rest time. The Cavs are by no means deep without K-Love, as Blatt played just eight players last game, one of them being James Jones whom got just 13 minutes. LeBron has truly sensed his team’s need for help and has started to reassert his place as the best player in the league, taking his team to higher places with him. Having K-Love out for these playoffs may have seemed like an unfortunate outcome for the Cavs, but it has truly made them a bit better having awoken The King.

On the Hawks end, Jeff Teague was very impressive making mince meat out of Delly and Kyrie. He totaled 27 points to lead his team and topped every player on the court in minutes at 38, with the exception of Tristan Thompson at 42. What this and his microscopic four assists mean is that team basketball, or “Spurs Basketball” as it’s often referred, is not working and instead isolation was the only means of success. This poses a huge threat to Atlanta who thrives off of Greg Popovic style basketball. The Hawks averaged around 26 assists a game regularly this season and when playing the Cavs that number raised to 28. In game one they had just 19 as a team. If the Hawks can’t get each other to score, then there really is no hope for them. I mean is Korver supposed to create his own shot?

Along with those offensive woes, the injury factor may very well be viral in these NBA playoffs and could anchor the Hawks to a final destination before the last round. DeMarre Carrol was taken to the locker room with an apparent knee injury with just 5 min to go in the ball game last night and his status will surely sweep all of the sports headlines today. The kid is a bulldog and the X-Factor of this team, so to make it clear, the Hawks absolutely need him or else silly things happen like Paul Millsap trying to guard LeBron.