The Daily Nexus
Tennis
New Recruit Brings Aussie Reunion To Santa Barbara
May 21, 2015 at 5:00 am by Evander Hilton 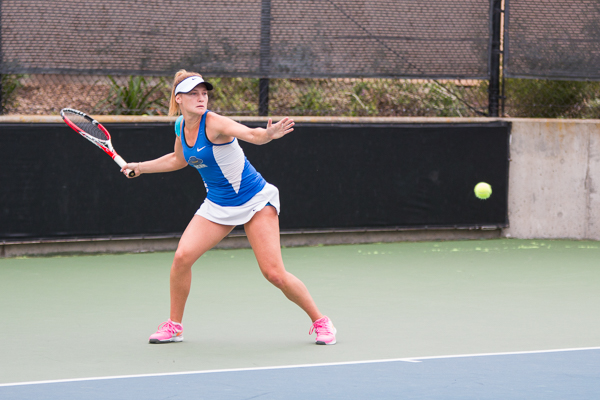 After making it to the Big West Conference Tournament Finals for the first time in 16 years, the UCSB women’s tennis team hopes to bounce back from its finals loss against Long Beach State with its latest freshman recruit.

The addition of 18-year-old Australian native Stephanie Yamada to Santa Barbara is the possible solution. In her career, Yamada has won five International Tennis Federation Championships within doubles competition while competing in Sydney, Brisbane, Gosford, Bundaberg and Ipswich.

She also excelled in the singles competition, winning a Junior Championship in Brisbane, maintaining an overall record of 31-24. In the Australian rankings, Yamada reached No. 51 in the country while ranked as high as No. 295 in the ITF Junior Rankings.

“Stephanie Yamada will be a great addition to our roster,” Head Coach Simon Thibodeau said. “She graduated last December and has been using these extra off-months to prepare and train for her college career. Stephanie will bring a high level of play in both singles and doubles.”

Thibodeau has chosen wisely by recruiting Yamada because of the success she has had in the ITF doubles competition so far in her career.

While many find it difficult when adjusting to the team aspect of college tennis, Yamada has a slight advantage coming into Santa Barbara. Sophomore Jaimee Gilbertson is Yamada’s former doubles partner from Australia and next year the pair will be reunited to play together in the United States for the very first time.

“Stephanie and I are very close friends and she is going to be a great contribution to the team,” Gilbertson said. “We won a couple of national doubles titles together in Australia so we already have a chemistry that will be of great benefit to the team.”

The Gauchos showed their strength as a team this year, despite injuries. Various players emerged to play good tennis in their teammate’s place.  Gilbertson played in the No. 1 court for most of the season after starting at the No. 2 position, yet she only lost two conference matches.  This team aspect will be a new challenge for Yamada next year, but certainly nothing she can’t handle.

“She has a great positive energy, cares a lot about getting better and is really invested in her tennis,” Thibodeau said. “We are all looking forward to having her here on our UCSB campus next fall.”

A version of this article appeared on page 10 of May 21, 2015’s print edition of the Daily Nexus.