The Daily Nexus
Sports Blogs
NHL Playoffs: Getting Hot at the Right Time
May 12, 2015 at 5:00 am by Jack Mathews 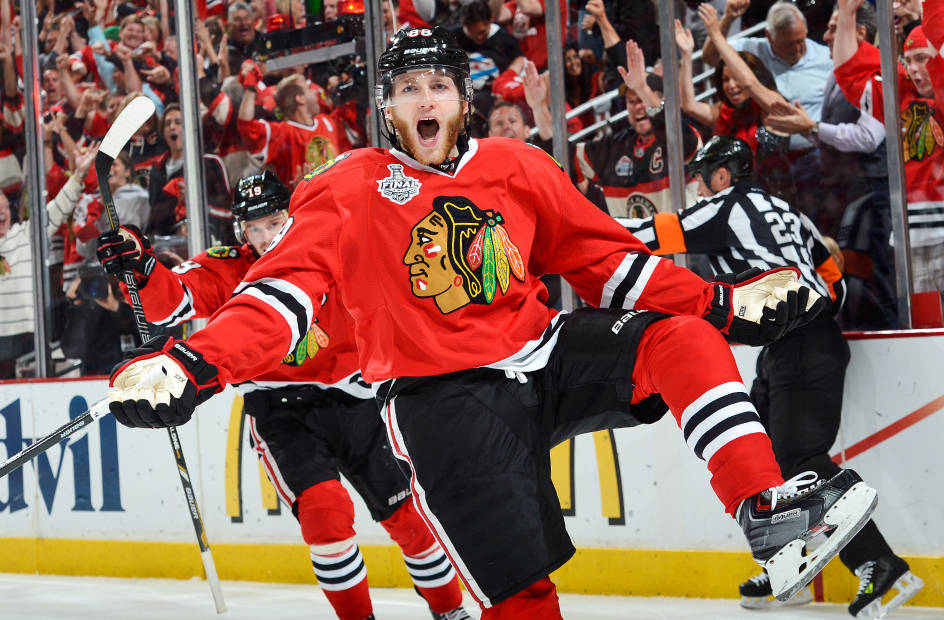 It’s all about getting hot at the right time. That may be the oldest sports cliché in the book; however, it has rung true over and over again as the teams that are playing their best come playoff time tend to fare well and make it the farthest. That trend has not been consistent in the 2015 NHL Playoffs as the season-long juggernauts have flexed their muscles and knocked out some of the hottest teams in the league like the Minnesota Wild and the Ottawa Senators. While the Ducks and the Blackhawks have already wrapped things up out west, the Eastern conference remains up for grabs as the Capitals and the Rangers will need game seven and Carey Price is willing the Canadiens back into Montreal’s series after falling behind 3-0 to Tampa Bay.  Recap:

Washington Capitals vs. New York Rangers (Tied 3-3)– Alexander Ovechkin put the Capitals on his back this series and carried them to a 3-1 lead over the Rangers. That is when the offense clicked and a Henrik Lundqvist with his back against the wall is a dangerous Henrik Lundqvist. Two straight wins have tied the series and brought it back to New York for a pivotal game seven. There are so many different factors that will affect Wednesday’s game and it will ultimately become a battle of who shows up and who does not. Braden Holtby has been vulnerable in the last two games, allowing six goals over that span while his offense has provided him only three goals of support; none of those from Alex Ovechkin. While Alex Ovechkin and Henrik Lundqvist headline this series, I believe that it will be up to Braden Holtby and the Capitals defense to shut down the Rangers if they want to have any chance of moving on.

Anaheim Ducks vs. Calgary Flames (Ducks win 4-1)- The Ducks seem to be on a mission this postseason as they overpowered the Flames with size and experience to cruise to a 4-1 series victory. This series taught us a lot about both Anaheim and Calgary. We learned that Anaheim has the depth and high-octane offense to make a serious charge at Chicago next round and reach the Stanley Cup. We also learned that Calgary may not have had the firepower to win this year, but they will be back and back with a vengeance. Johnny Gaudreau looked poised and dangerous after being benched in the second period of game two and the sky is the limit for the rookie. Not to mention its hard not to imagine what this team could have done with a healthy Mark Giordano. Anaheim Head Coach Bruce Boudreau has already pegged Chicago “the fastest team in the NHL”, which is going to test the versatile defense of the Ducks. If Frederik Andersen can match Corey Crawford in goal then the Ducks have a serious chance to take this series.

Chicago Blackhawks vs. Minnesota Wild (Blackhawks win 4-0)- Just a few weeks ago, no one in their right mind would have chosen Corey Crawford to beat Devan Dubnyk in a goalie battle; however, that was the case in this series as it was all Blackhawks all the time. Crawford was magnificent all series and after being benched in the opening series for Chicago, he made the most of this opportunity giving up only seven goals in four games to a high-powered Minnesota offense. The Wild deserve all the credit in the world for even making it to where they did, as no one expected them to make a charge into the postseason, let alone defeat Stanley Cup favorites St. Louis. That is exactly what Mike Yeo did and with a historic second half of the season for Devan Dubnyk, the Wild were able to dominate the NHL and rapidly climb up the standings. Blackhawks coach Joel Quenneville has not been shy in praising the talented Anaheim Ducks and knows that his team will have their hands full in the next round. Patrick Kane is playing like the best player in the posteason right now and if he keeps scoring at his current pace, no one will be able to stop Chicago.

Tampa Bay Lightning vs. Montreal Canadiens (Tampa Bay 3-2)-Fresh off of a bruising seven game series against Detroit, no one expected Tampa Bay to come out and play the way they did against Montreal. The Canadiens had far more rest and still found themselves behind 3-0 to the Lightning and scrambling for answers. Carey Price has been the answer for this team all season long and he has responded with two great games to keep Montreal afloat. The offense of the Canadiens cannot be overlooked as they have scored eight goals in their last two games and seem to be putting things together at the right time. Is it too little too late though? Steven Stamkos and the deadly offense of the Lightning will look to stop their mini-skid and move on to the Eastern Conference finals on Tuesday. I believe that the Lightning will wrap it up at home, but if they take it to game seven then they will be in a bad position playing on the road with very little momentum.