The Daily Nexus
Sports
First Place Gauchos Look to Build Separation Against Fullerton
May 7, 2015 at 5:04 am by Sarah Stigers 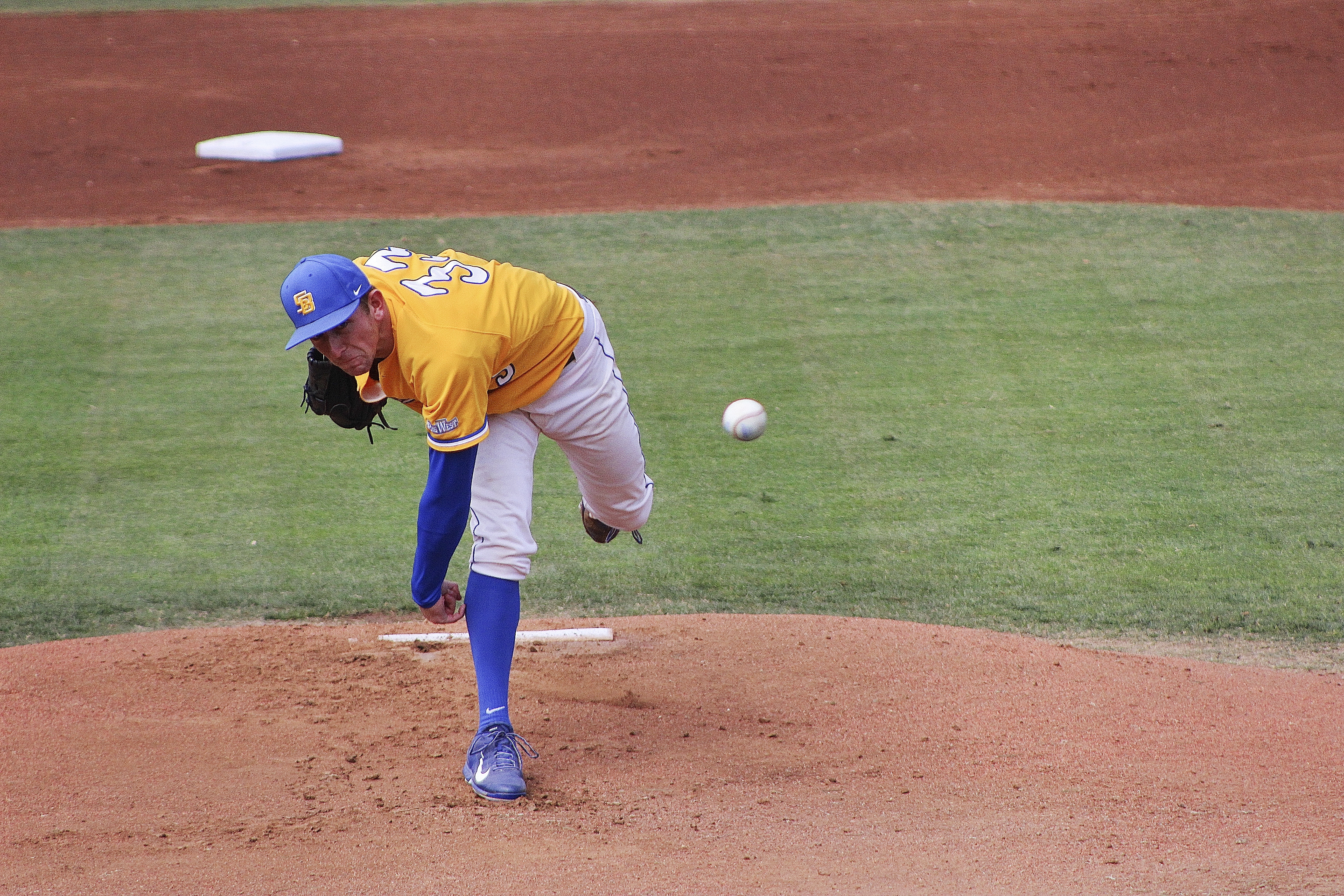 The No. 6 UCSB baseball team travels to No. 22 Cal State Fullerton this weekend for a chance to take the Big West lead.

“It’s a big weekend, there’s no secret to that. [CSUF is] starting to play well and we’ve played well,” Head Coach Andrew Checketts said. “We have a battle in front of us, and it’ll be competitive. It’ll be a hostile crowd and all of that. It should be fun; that’s why we play college baseball.”

The Gaucho pitching staff will show its normal rotation including appearances from its three usual weekend starters. Junior righty Dillon Tate enters this weekend’s start on the road with a 1.63 earned run average, which sets him second in overall conference ERA. In Tate’s seven wins this season, he has struck out 84 opposing batters.

Junior lefty Justin Jacome also stands alongside Tate among the conference leaders. Jacome yields the seventh best ERA in the conference at 2.24, and in his seven wins he has struck out 75 batters. The only sophomore of the starting core, righty Shane Bieber, also tops league standings. Bieber ranks fifth among ERA leaders hurling a 2.01 ERA and with six wins under his belt, has struck out 74.

All of the four Gaucho starters, including Tuesday starter junior lefty Domenic Mazza, are pitching for under a 2.50 ERA. UCSB collectively holds a NCAA-best 2.07 ERA.

Gaucho offensive leader senior outfielder Cameron Newell did not start on Tuesday against Bakersfield, nor did junior utility player and right-handed pitcher Robby Nesovic. Nesovic has been unable to play due to a reported injured hand, but looks hopeful for play action in this weekend’s series.

“Hopefully [Tuesday’s loss] will fire us up and want to go and compete even more to win the series against Fullerton this weekend,” freshman shortstop Clay Fisher said. “I think we’re going about our business and doing our thing and not worrying too much about other teams, but really focusing on ourselves.”

In the absence of the team’s two dominant hitters, the Gaucho lineup has switched from its traditional order. Senior infielder Woody Woodward has batted as the team’s leadoff hitter in three of the past four games.

In that time, Woodward has had a pair of two-hit games, and a solo one-hit appearance. Hitting in the two-spot is senior third baseman Peter Maris who has put up two hits every game for the past six games.

“I would hope [the offense] sticks to its approaches and starts to find a hold on more of the barrel and translate that into hits,” Mazza said.

One standout Fullerton batter is junior outfielder Josh Vargas, who is putting up a .364 batting average. Vargas also leads the conference in on-base percentage with a .479 OBP. Fullerton junior Thomas Eshelman is also putting up high numbers on the mound, as he is currently throwing for the league’s fourth-best ERA at 1.94.

“This [weekend] is huge. We’re tied with Fullerton right now for the Big West,” Mazza said, “And if we could win at least two of three, and hopefully a sweep over them, it would be huge for us.”

The teams will face off on Titan turf starting this Friday at 7 p.m.

A version of this article appeared on page 10 of May 7, 2015’s print edition of the Daily Nexus.