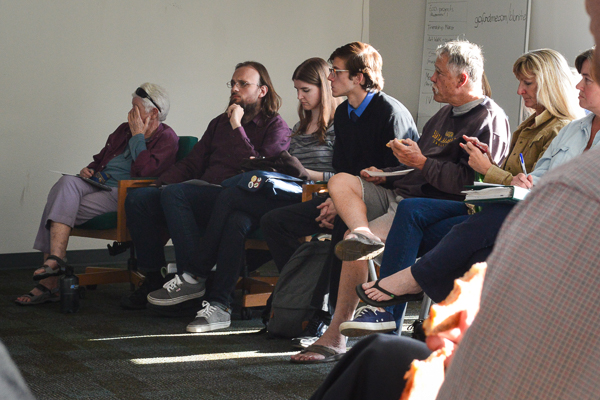 The California State Assembly Local Governance Committee is holding a hearing regarding Assembly Bill 3 (AB 3) at 1:30 p.m. on Wednesday, May 13 in the Sacramento Legislative Office building to decide whether to send the bill to the Senate floor or to refute the legislation.

Santa Barbara Assemblymember Das Williams’ office has made several amendments to the bill since it was introduced to the California State Assembly in December 2014 to establish a Community Services District (CSD) in Isla Vista, which would have the ability to levy taxes to fund local services and infrastructure. The Assembly’s Local Governance Committee will now determine whether it will be submitted to the full Assembly.

Santa Barbara City College Trustee and UCSB alumnus Jonathan Abboud said if the Assembly’s Local Governance Committee approves of the bill in the hearing next week, the legislation will continue on the path to be officiated by October of this year.

“The hearing next week will determine if the bill moves on to full assembly or not,” Abboud said in an email. “If it does, we are still on schedule to pass the bill by October if everything continues to go smoothly.”

Associated Students External Vice President of Local Affairs and fourth-year political science and psychology double-major Cameron Schunk said the bill’s inclusion of a Utilities User Tax (UUT), which allows the CSD to apply a tax on utilities such as water, electricity and gas, will potentially raise the most issues in the hearing next week.

Isla Vista’s situation is so unique. The Utilities User Tax provides an option for the district to fit the taxation needs of I.V. – A.S. EVPLA Cameron Schunk

The bill’s supporters have yet to complete a financial feasibility report to determine whether such a tax is necessary, according to Schunk.

“I think that the fear and contention is around the fact that we’re putting this forward before a financial feasibility report,” Schunk said.

According to Schunk, the UUT is necessary for a CSD in I.V. because it is home to a majority of renters and short-term residents.

“Isla Vista’s situation is so unique,” Schunk said. “The Utilities User Tax provides an option for the district to fit the taxation needs of I.V.”

“This isn’t something that a lot of people seem to be pushing for,” Garshfield said in an email. “I think we might not get support from the state because I.V. hasn’t really proved itself to be a force to be reckoned with.”

Abboud said he is “cautiously optimistic” the bill will pass despite the possible controversy surrounding the inclusion of the UUT, though the effort will require the support of I.V. residents.

“We need to show local support for the unique solutions we’ve put in the bill, like the Utilities User Tax,” Abboud said in an email.

According to Abboud, if the bill is killed in the hearing, the establishment of I.V. self-governance may be delayed until the 2020s.

“If [AB 3] doesn’t pass, this would have to be a two-year bill and therefore there won’t be a chance at I.V. self-governance until 2018 at the very earliest, or probably not until the 2020’s,” Abboud said in an email.

If [AB 3] doesn’t pass, this would have to be a two-year bill and therefore there won’t be a chance at I.V. self-governance until 2018 at the very earliest, or probably not until the 2020’s. – SBCC Trustee Jonathan Abboud

Schunk said the end of AB 3 would mean the introduction of alternative solutions to Isla Vista “self-determination,” such as pushing the county or university to provide funding or support instead of establishing a CSD.

“At that point, which I consider to be the unwanted scenario, my and other activists’ efforts will have to become focused on pursuing our community’s right to self-determination through other means,” Schunk said in an email. “Those other means, in many cases, have very little real authority and can do very little at addressing the underlying issues in Isla Vista.”

Schunk said he is renting a 12-person van to transport AB 3 supporters next Tuesday evening to Sacramento to lobby for the Wednesday hearing and demonstrate Isla Vista’s support for AB 3.

“Anyone is welcome to come,” Schunk said in an email. “The broader the community support, the more powerful our sentiment will be.”

Garshfield said he is fully prepared to “eat his words” if the bill passes and will be happy to have some form of self-governance in I.V. even if it is not the independent cityhood he prefers.

“I’d be happy to see some form of I.V. self-governance come into effect during my time as a student here,” Garshfield said in an email. “I just think that AB 3 is a half measure that still leaves us under the partial jurisdiction of the county.”