The Daily Nexus
Sports
Gauchos Win Streak Ends at Hands of CSU Bakersfield
May 6, 2015 at 9:34 am by Sarah Stigers 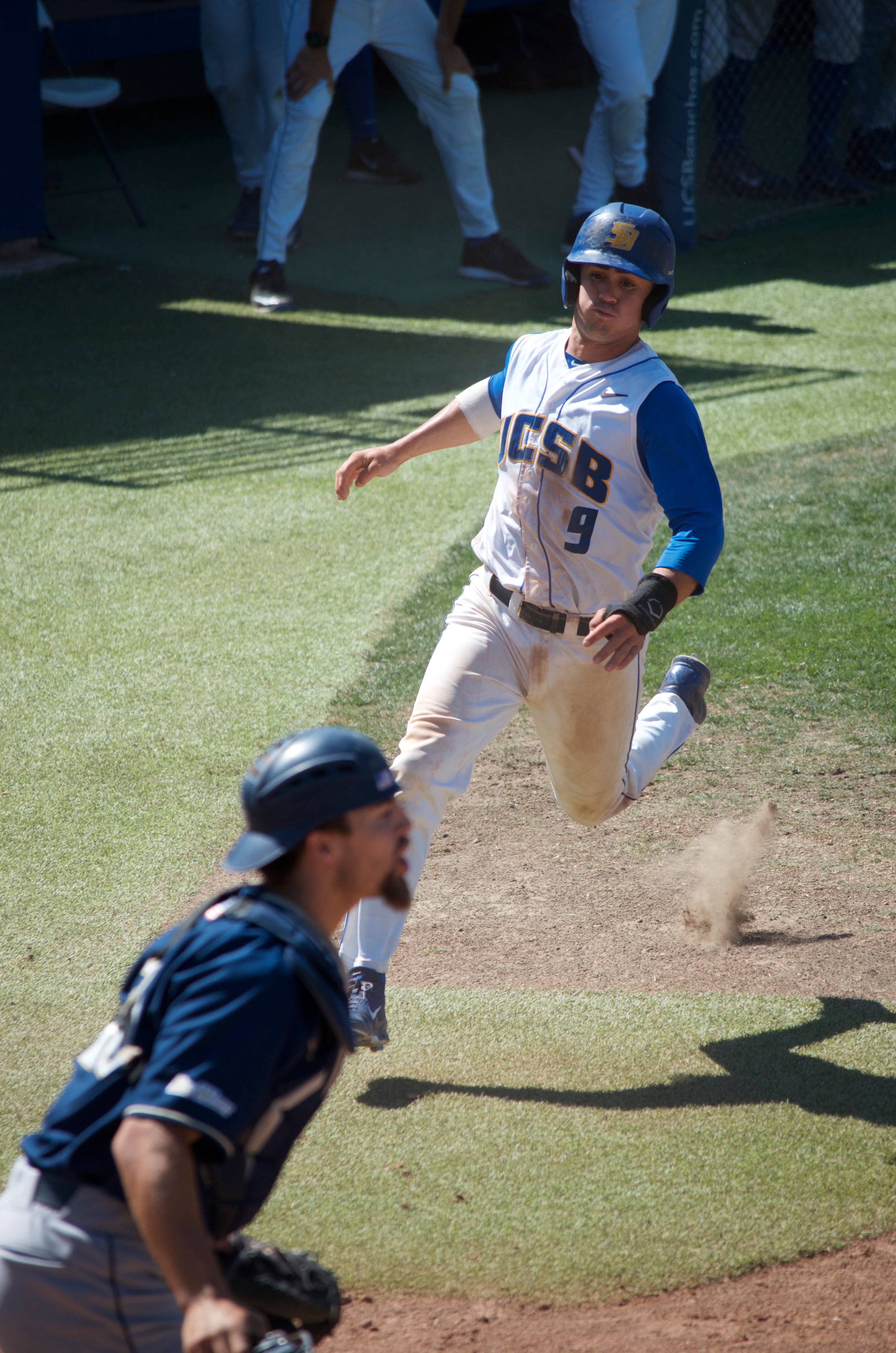 The No. 6 UCSB baseball team dropped its first midweek game to CSU Bakersfield yesterday. The 5-3 loss was the first midweek loss the Gauchos have suffered all season.

“We didn’t execute and we couldn’t get our bunts down,” Head Coach Andrew Checketts said. “They got the lead runners out both times and turned a double on one of them. We weren’t performing with runners in scoring position.”

The Gauchos will now hit the road this weekend against Cal State Fullerton holding a 34-11-1 overall and 11-4 in Big West play. UCSB’s overall record currently earns the team the title of Big West leader as the Gauchos tie both Fullerton and UC Irvine in conference records.

The Roadrunners matched the Gauchos almost hit for hit as UCSB put up 10 singles and CSUB with nine hits including a double from senior catcher Logan Trowbridge. The Gauchos left 10 runners on base in yesterday’s game; the Roadrunners left seven.

Both teams were able to capitalize on opposing defensive errors for a single run, however, the Roadrunner offense consistently put up runs in the late innings. By comparison, the Gauchos remained scoreless from a single run scored in the fourth to another solo run in the bottom of the ninth.

Redshirt sophomore catcher Paddy O’Brien put up a team-leading three hits in his five at-bats and recorded the games only stolen base. The Gaucho offense was unable to lay down any sacrifice bunts in yesterday’s game. UCSB’s lineup is feeling the absence of both senior outfielder Cameron Newell and junior utility player and righty Robby Nesovic.

“We were all a little tired today, we didn’t have good at-bats, and we couldn’t string it together,” freshman shortstop Clay Fisher said. “Our infield is normally really good, but today we just didn’t hit.”

Junior lefty Domenic Mazza started on the mound against the Roadrunners for his first loss of the season. Mazza pitched through eight innings, allowing seven hits and three runs with only two errors and eight strikeouts. Freshman righty Alex Garcia made a 1.1 inning appearance and allowed two runs before turning the ball over to junior righty Connor Baits, who allowed one run in 0.2 innings pitched.

“Last week was just a long week in general, but today was just a normal Tuesday game to me,” Mazza said. “I felt confident going into today, I was expecting to win for sure, but my changeup wasn’t good today but, my curveball was better today so that helped me out.”

The game’s winning pitcher, junior AJ Monarrez, entered the game in the fourth and pitched through 5.2 innings. Monarrez struck out three Gauchos and allowed only six hits for two runs scored.

Three freshmen started on the infield for the Gauchos, including first baseman Austin Bush, Fisher at shortstop and JJ Muno at second. The Gaucho defense put up two errors against Bakersfield, but Fisher continued to make game-saving plays including the execution of one of the three UCSB double plays.

“Clay was special today. He is a special defender and if there is someone better than him on the West Coast I haven’t seen him yet. He has great range,” Checketts said.

The Gauchos will travel to Fullerton to face the Titans this weekend in a three-game series starting Friday.