The Daily Nexus
Sports
Ovechkin, Holtby Dazzle as Washington Gives the Rangers All That They Can Handle
May 5, 2015 at 9:39 pm by Jack Mathews 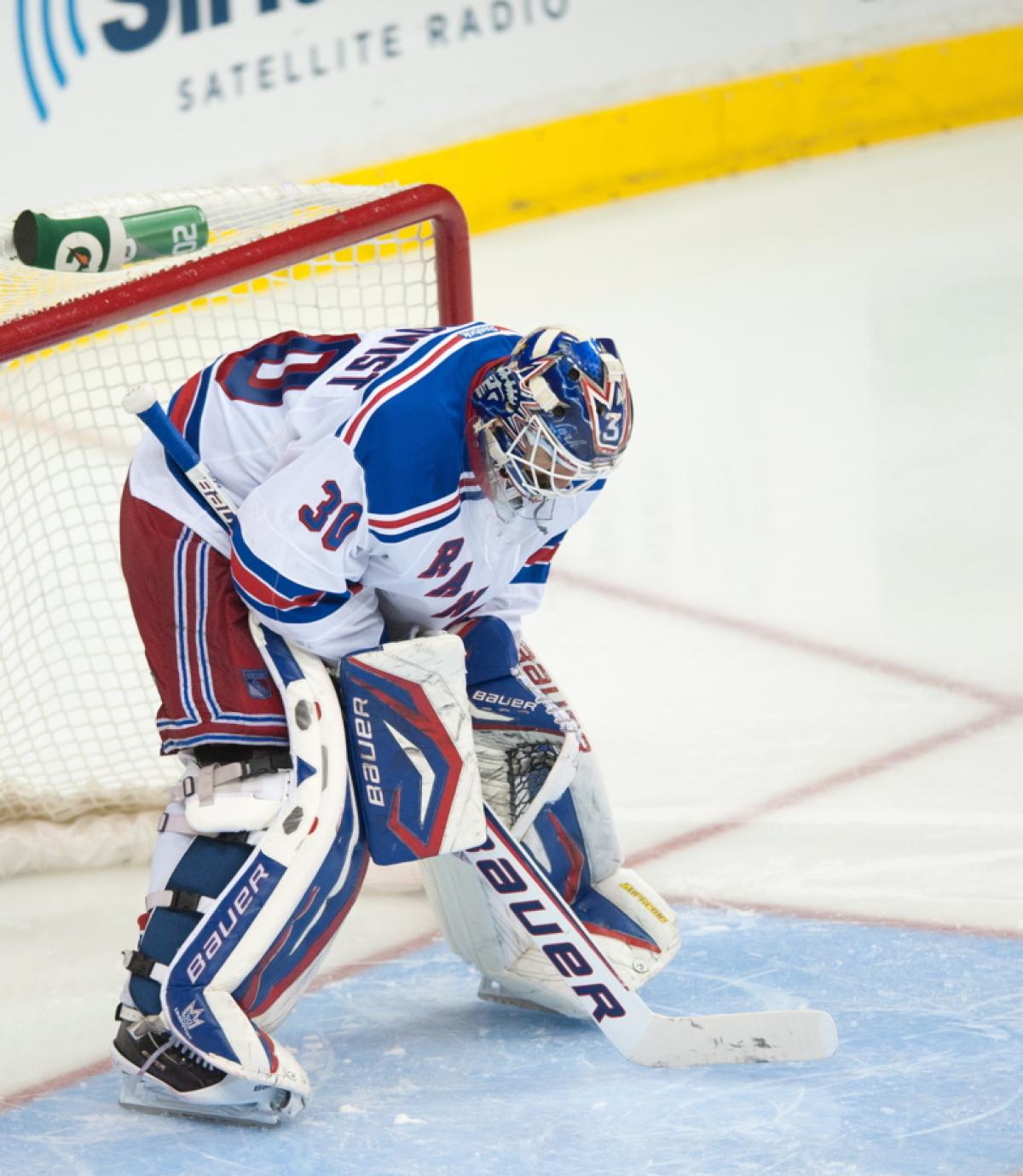 It’s a good time to be a hockey fan. As the Divisional round of the NHL playoffs began this week, the battle for the Stanley Cup grew more and more fierce as rivals were pitted against each other in all four series. Out west, the Ducks and the Blackhawks continue to flex their muscles as both teams hold a 2-0 series lead over their opponents. The Eastern conference has been much less one-sided as Tampa Bay currently holds a 2-0 series lead, but required double overtime to beat the Canadiens in game 1. The Capitals and the Rangers have provided the most entertaining series thus far and the heroics of Braden Holtby have led Washington to a 2-1 series lead.
Washington Capitals vs. New York Rangers (2-1 Capitals)– Wow. This series has the feel of a Stanley Cup finals and it is only three games in. Alex Ovechkin has been lights out just like he has been all season and may have had the goal of the year in their 3-2 loss to the Rangers in game two. Hats off to Braden Holtby who has outplayed his counterpart Henrik Lundqvist so far, including a masterful 30 save shutout in the Capitals 1-0 victory on Monday. New York’s offense has been their only question mark this postseason and those questions are becoming more and more prevalent as they have only mustered four goals in three games so far and seem to be relying a bit too heavily on their top-notch goaltending.

Anaheim Ducks vs. Calgary Flames (2-0 Ducks)– Calgary has been this years Cinderella story in the NHL playoffs, but it looks like their run may come to abrupt end if the Ducks keep playing the way that they are. Anaheim cruised to a 6-1 victory over the Flames in game one and Calgary goaltender Jonas Hiller did not even make it out of the first period against his former team. Frederik Andersen has solidified himself as the Ducks top goaltender and is playing like he wants the Stanley Cup, giving up only one goal over the first two games of the series. Anaheim is the only undefeated team in the postseason and the farther they advance, the more advantageous all of their rest will be. Calgary needs to work some of their magic at home to have any chance of advancing as Jiri Hudler, Johnny Gaudreau, and Sean Monahan have all been held without a point through two games.

Chicago Blackhawks vs. Minnesota Wild (2-0 Blackhawks)– Devan Dubnyk has been another feel-good story this season as his play in net has propelled Minnesota to an improbable run to the second round of the playoffs. Chicago has scored 8 goals in their first two games, including two beauties from Patrick Kane in the Blackhawks 4-1 victory in game two. Corey Crawford has been back in net and has not been perfect, but has made 30 saves in both victories and has done enough to win with an electric offense in front of him. Minnesota is not out of it yet though as Devan Dubnyk and an electric offense led by Zach Parise will be in desperation mode over the next few days to even this series. That will not be possible if the Wild defenseman are unable to find an answer for the high-octane attack for the Blackhawks. All four lines have potential to put the puck in the net, but All-Star Wild defenseman Ryan Suter and company should be able to neutralize them better at home over the next two games. I believe the depth of Chicago will ultimately be too much for the Wild to win this series.

Tampa Bay Lightning vs. Montreal Canadiens (2-0 Lightning)– This series is a classic case of an unstoppable force meeting an immovable object with the offense of Tampa Bay being pitted against likely MVP Carey Price for Montreal. So far it has been all Lightning all the time, as Tampa Bay needed seven games to beat Detroit; however, they have dominated Atlantic division rival Montreal so far. Tyler Johnson has been masterful all postseason and scored his seventh goal of the playoffs in a 2-1 double overtime thriller in game one. Game two was not early as close as the Lightning charged their way to a 6-2 victory at the Bell Centre. Rest has not deterred the Lightning so far and with games three and four in Tampa Bay, this series could ultimately be the most unlikely sweep of them all. Carey Price will bring his best to the table but it is up to the players around him to provide support if the Canadiens have any hopes of moving on.