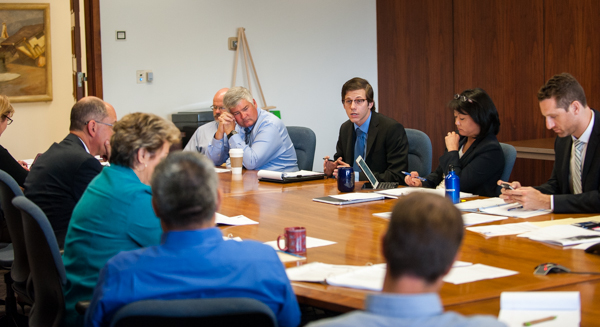 Farr said I.V. requires more money than the county can provide and creating a CSD gives I.V. residents the power to determine issues of importance to their community that they would be willing to fund through tax revenue.

“The county is going to have to continue to support Isla Vista but it’s not necessarily going to have the money and the wherewithal to do all that the community needs,” Farr said. “Which is what this bill is trying to address in some ways … I think to give the community the opportunity to say ‘Ok, we want these things, we’d be willing to pay for them and tax them,’ certainly could be a real benefit to the county in the future.”

LAFCO Special District Member Jeff Moorhouse said while he knows there is currently a financial feasibility study underway, he questions LAFCO’s future role within the CSD.

“When a special district is formed through the NSR [new source review] sphere of influence process LAFCO goes through, that’s an ongoing process,” Moorhouse said. “So are we going to do that? Are we going to continue to do the financial feasibility study and is LAFCO going to have the ability to do that?”

Farr said while it is unclear whether LAFCO will play a role in the CSD, it is important to understand AB 3 is a solution specific to the issue facing I.V.

“If they fit the standard model they probably would have gone through the LAFCO process before now,” Farr said. “But it’s a unique community that needs a unique solution … to me it seems it’s premature that LAFCO is not going to have a role in this in some fashion.” 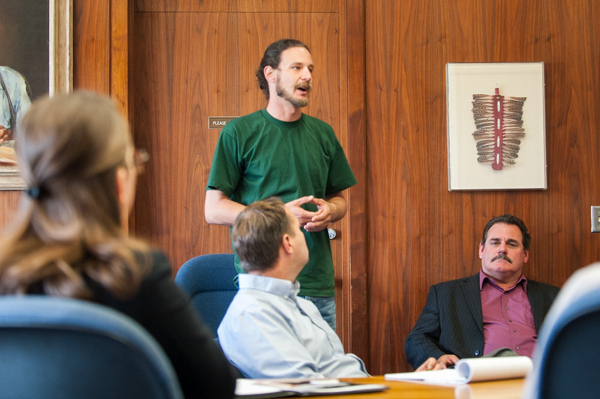 According to fourth-year and former Associated Students External Vice President for Local Affairs Cameron Schunk, AB 3 will allow LAFCO to monitor a CSD in I.V. through oversight such as municipal service reviews and financial feasibility studies.

“I don’t think anyone in this room who’s a supporter of AB 3 has ever wanted LAFCO completely out of this process and never talked to again,” Schunk said.

“The uniqueness and the complexity of this community lends itself to a unique solution,” Carbajal said.

SBCC Associated Student government student trustee Nicholas Steil said he believes SBCC students are in support of AB 3 because it presents potential solutions to the problems many students face in I.V.

There is an energy amongst the students, amongst the community to have something like this done because it’s apparent to anybody who has lived in Isla Vista as a student that a more consistent and a better heard voice for students is something that is absolutely necessary for the people living here. – Associated Students Off-Campus Senator Carlos Lopez

“All you have to do is look at the Isla Vista Rec and Park District over the last ten years — the average student director has been there for less than eighteen months,” Eckert said.

According to UCSB Associated Students Off-Campus Senator and third-year anthropology major Carlos Lopez, those in opposition to AB 3 argue student voices do not hold the same weight as other I.V. community members in the movement for self-governance because they are a transient population.

Lopez also said the support for AB 3 among students is indicative of their desire to be heard in the political realms.

“There is an energy amongst the students, amongst the community to have something like this done because it’s apparent to anybody who has lived in Isla Vista as a student that a more consistent and a better heard voice for students is something that is absolutely necessary for the people living here,” Lopez said.

If you live in IV and like the idea of the UCSB Chancellor’s appointee determining your taxes and the level and type of policing in your community then AB 3 is for you.
If you would instead prefer your rights in a democracy vote down AB 3 and demand the democratic structure a City of Isla Vista would guarantee for it’s citizens.