The Daily Nexus
Opinion
Walk Your Way to Happiness
May 4, 2015 at 6:00 am by Sophia Crisafulli 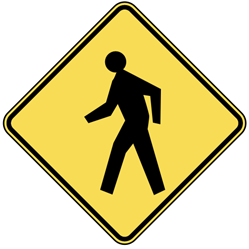 At least four times a week, I leave my apartment dressed in spandex and athletic shoes, headphones in, hair in a ponytail and announce to my roommates on my way out the door that I’m “going for a run.” This is, in short, a bald-faced lie. No, I’m not putting on workout gear as a guise for an elicit encounter with a box of doughnuts (although that is clever and sounds incredibly appealing), and I’m also not hiding around the corner for an hour just so my roommates will think I’m more fit than I really am (also clever but far, far less appealing). The truth is, I’m going for a walk.
Yes, I’m a walker, a rare breed in these parts. I don’t skateboard, I don’t have a car here and last quarter I left my bike parked on campus for two weeks before realizing it wasn’t sitting in front of my apartment. When it comes to getting from point A to point B, I rarely use anything other than my own two size-eight feet.
Originally, this foot-reliance stemmed from fear. I was nervous about starting college for many reasons — making friends, living far from home, mastering the perfect Freebirds nachos order — but after I toured here during my senior year, bikes were promoted to my number one college-related worry. I could not believe how many bikes there were, and how they all appeared at the same time just before the hour, and how no one else seemed to find this as incredible as I did. I saw a guy biking with no hands! I saw a girl reading while biking! To me, this was essentially a form of black magic. I had stress dreams throughout the summer in which I saw myself thrown over handlebars, mangled between spokes, flattened under tires. I was sure that if I ever got up the courage to give up my two feet for two spinning wheels, I would end up stuck in a roundabout for the rest of eternity, circling and circling with no hope of escape.

Walking gives you a minute to think and breathe and decompress without worrying that you’ll meet your demise in the form of a beach cruiser.

My panic eventually subsided, and I do own a bike, but it still doesn’t get much use. Why? Because I genuinely enjoy walking. Not only do I enjoy it, but I also humbly subscribe to the belief that it is the best stress-relieving medicine. Well, maybe not the absolute best — ice cream is hard to beat — but surely a close second. Despite living mere feet from the beach, in a region where the weather can only be described as “perfect,” stress is undoubtedly the disease of the day. I can’t count the number of times I’ve seen my roommates pull all-nighters in the library before going straight to a midterm, or watched helpless as a friend stumbles into class groggy and bleary-eyed, simply exhausted from the mountain of work and responsibilities that pile up all too fast. Yes, in many ways college students have it easy — we get to pretend to be real adults, while still being coddled and protected. But it’s hard too. UCSB students expect a lot of themselves and in my personal experience, those high standards can be extremely stress-inducing.
My advice? Go for a walk! Walking has the magical property of allowing you to clear your mind without having to endure all the chanting and spiritual mumbo-jumbo that comes with meditation (not sure if that’s what meditation actually entails; I’ve never done it).
Embarking across campus on bike is a stressful endeavor. There are collisions and accidents, people go too fast or too slow and most importantly, whatever hairstyle I’ve attempted for the day is instantly destroyed. Walking, on the other hand, is peaceful. Walking is soothing. Walking gives you a minute to think and breathe and decompress without worrying that you’ll meet your demise in the form of a beach cruiser. Of course, crossing the bike path is a whole other form of putting your life at risk, but that’s a story for another day.
If that’s not enticing enough, walking also boasts scores of health benefits. Running gets all the glory, and somewhere along the way, walking has been relegated to old-lady status. But walking is just as beneficial and as far as I’m concerned, far more enjoyable. The Harvard Medical School website lists studies showing that walking just five and a half miles per week can reduce the risk of stroke and cardiovascular issues by up to 30 percent in both men and women.
Walking — not just for the purpose of getting somewhere, nor simply for the purpose of exercise, but merely for the enjoyment of the experience itself — is somewhat transcendental. Give your stroll a soundtrack, or leave the headphones at home and simply soak up the world around you. If you’re a dork like me, you can even pass the time with a podcast. However you choose to go about it, I urge you to abandon your wheels, relax your run and just walk, at least every once in a while. It’s wonderful. Then again, this may all be a ploy to ensure that fewer people bike, thereby decreasing my chances of getting smushed and/or flattened the next time I cross a bike path. Take it as you will.